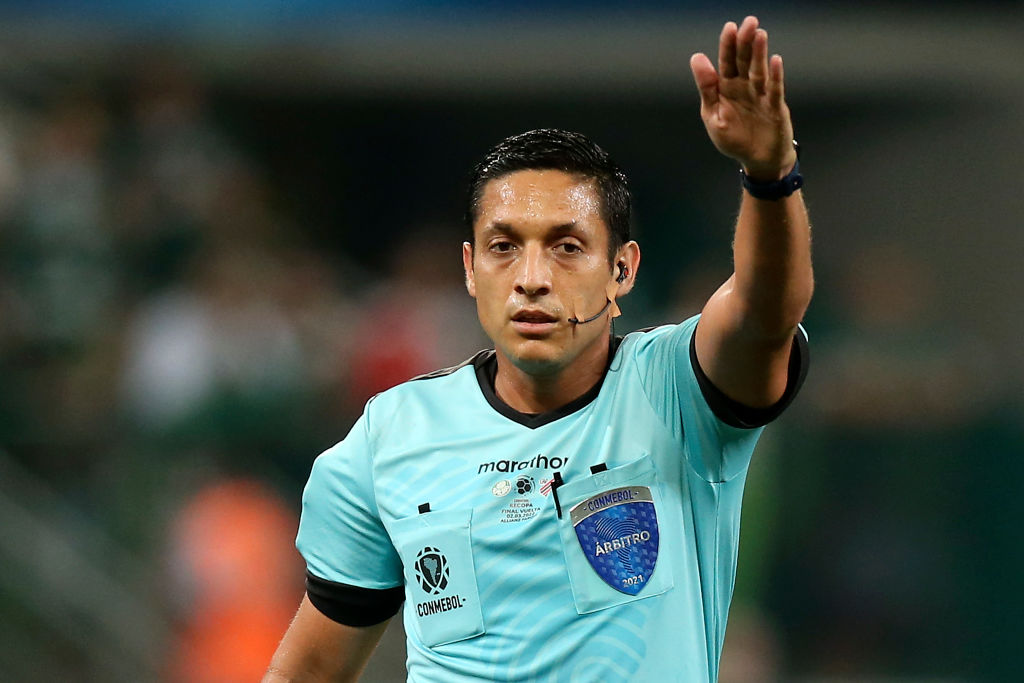 Venezuela will be represented at the Qatar World Cup by referee Jesus Valenzuela, who takes charge of England vs USA on Friday night in Group B.

It is the 39-year-old’s first game at this World Cup, or any edition of the tournament, arriving from the Venezuelan Primera Division.

He has not been shy in dishing out cards in recent games back in South America, with nine red cards shown in his last 10 matches.

In that same period of time, Valenzuela has shown 60 yellow cards, so we shouldn’t be too surprised if there are a few bookings in the England vs USA clash.

He was involved in World Cup qualifiers in South America, last taking charge of an international game when Paraguay beat Ecuador 3-1 in March this year.

His readiness with his cards is not restricted to club football as he showed seven yellows and a red as Paraguay won 3-1.

England avoided any bookings in their World Cup opener against Iran, with Morteza Pouraliganji and Alireza Jahanbakhsh the only players to be shown yellow cards in that match.

USA cannot say the same after their 1-1 draw with Wales earlier this week, with Tim Ream, Sergino Dest, Weston McKennie and Kellyn Acosta all booked.

A second booking for any of those players would mean they would miss the final game in the group against Iran, which will be crucial in their hopes to qualify for the knockout stages.

Senegal’s fans inside the Al Thumama Stadium for their World Cup opener against Netherlands (Reuters) Netherlands and Senegal kick off their World Cup campaigns with their Group A opener at the Al Thumama Stadium on Monday. Senegal are without their influential forward Sadio Mane due to injury, but Chelsea duo Edouard Mendy and Kalidou Koulibaly […]

How to become a more ‘mindful drinker’ this Christmas party season

It’s time to let your hair down, but here’s how to be more mindful with your alcohol this Christmas (Picture: Getty) It’s been a tough year – or couple of years. From Covid to the cost of living crisis, many might be looking forward to some time off with friends and family this Christmas. However, […]