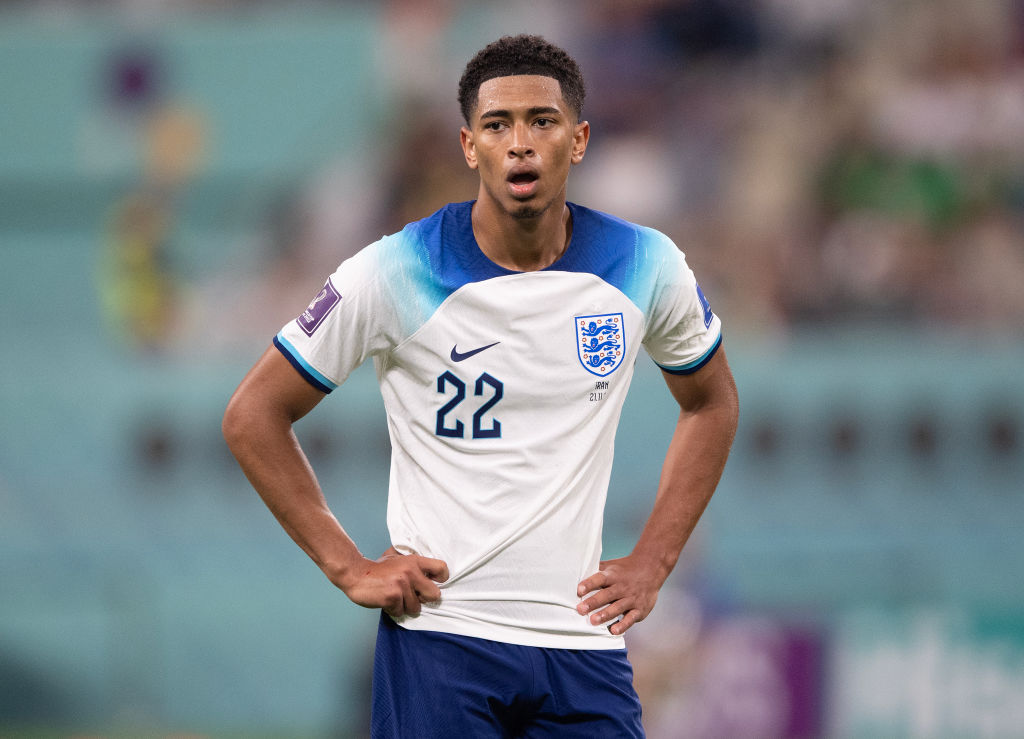 Jude Bellingham is valued at around £150m (Photo: Getty)

England sensation Jude Bellingham should avoid moving to a Premier League club – at least not for a few more seasons.

That is the advice that Everton star and pundit Andros Townsend has given to the 19-year-old midfielder who is widely considered to be one of, if not the best young player in the world right now.

Bellingham scored England’s first goal of their World Cup campaign in the 6-2 thrashing of Iran on Monday, following on from his incredible form for Borussia Dortmund who he has starred for since 2020.

He has been heavily tipped to leave the Bundesliga for the Premier League very soon, with Liverpool, Chelsea and Manchester United linked to the star who, it is suggested, could cost around £150million.

But Townsend doesn’t believe he should return to England just yet, citing the much maligned transfer of Jack Grealish to Manchester City as his reasoning.

‘I’d say stay there [Dortmund] a bit longer, because if he comes to the Premier League he will be £150m,’ the winger told talkSPORT.

‘Bellingham scores goals but his main quality isn’t scoring goals. He’ll come to the Premier League for £150m, the media, everyone is going to expect him to score goals.

Jude Bellingham heads home for his first England goal on the biggest stage!

ð»ð¥ð± Watch on @BBCiPlayer, listen on @BBCSounds, get more on the @BBCSport app#BBCFootball #BBCWorldCup pic.twitter.com/rX4xS58WwU

‘When he doesn’t do that, even when he’s playing well, they are going to be on his back. We are going to have a Jack Grealish situation.

‘For me, stay in Germany, do what you’re doing any maybe further along the line come back.’

England attacking midfielder Grealish moved from Aston Villa to City in 2021 for a British and Premier League record transfer worth over £100m, but just seven goals and four assists in 55 games has earned plenty of criticism.

Bellingham should next be in action for the Three Lions on Friday night when they take on the USA.

I created The Proper Blokes Club in September 2020, a space for men to talk about their mental health, while going on walks together through London (Picture: Scott Oughton-Johnson) ‘Morning gents, how are we all doing?’  ‘Struggling today, not feeling great.’  ‘I’m around if you need to talk or want to go for a walk?’  […]

Dexter Lumis is part of the Raw roster (Picture: WWE) Dexter Lumis is officially a member of the WWE roster after last night’s episode of Raw and he celebrated in a very giving way. The Tortured Artist – who was released at the end of April – returned over summer and has been seen stalking […]