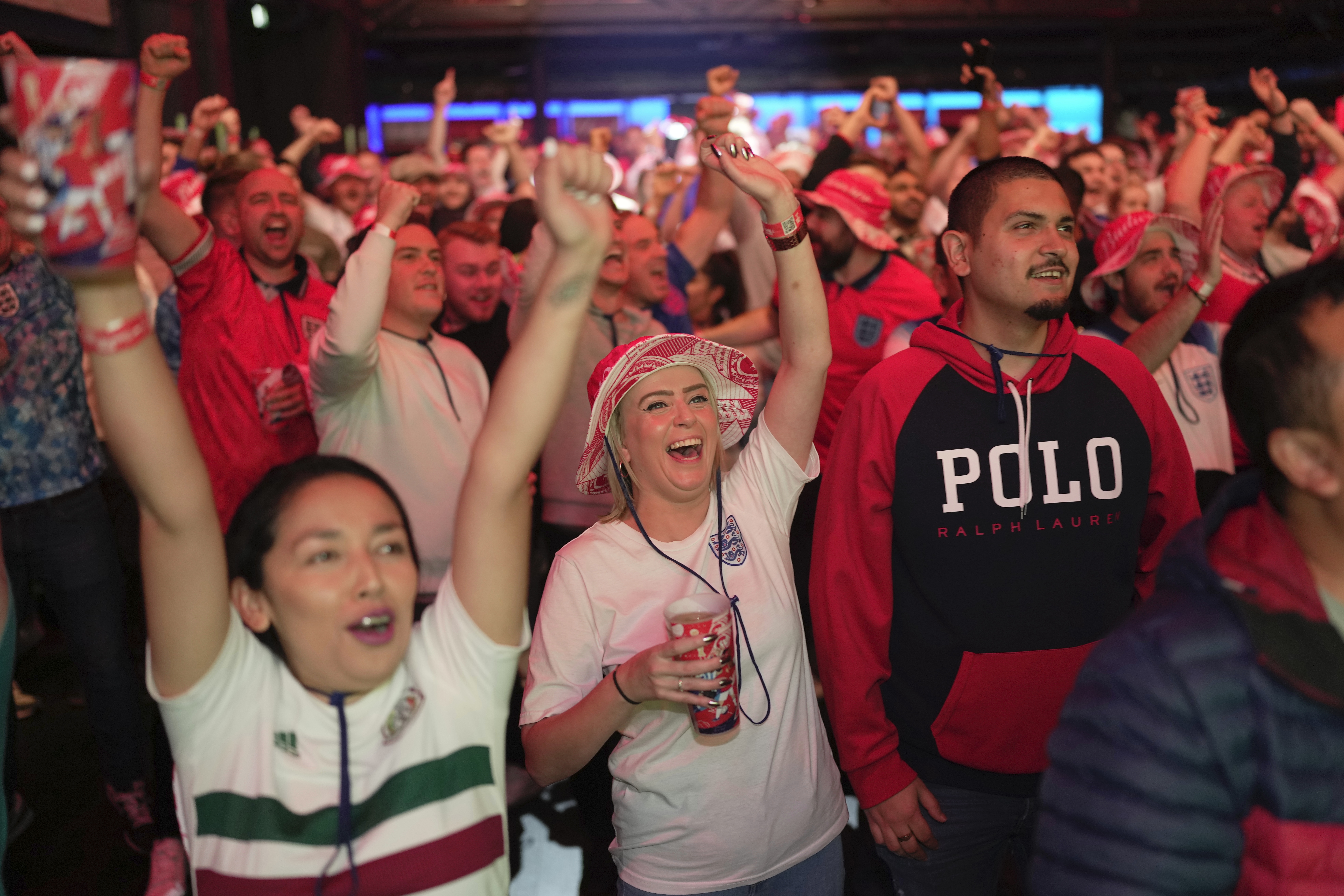 England fans will sink 30million pints and give the economy a £300million boost today as they watch Harry Kane’s stars take on USA and make football history.

The Three Lions play their first ever winter Friday night World Cup match hoping to finally beat the Americans at the tournament.

Pubs still struggling post-pandemic are expected to be packed for the clash with two thirds screening it and drinkers forecast to sup 13million pints.

Bars can expect a £100million boost – but fans staying home will down even more as England bid to follow Monday’s 6-2 victory over Iran with a win to book their place in the next round.

Analysts say that 17million pints bought in shops and stores will be drunk. With snacks and food for football parties, retailers can expect a £200million bonus.

‘Pubs across the country are warmed up and ready to welcome fans,’ Emma McClarkin, chief executive of the British Beer and Pub Association said. ‘They’re hoping the World Cup will provide a boost for business during a difficult time.

‘Many will be making use of investment made in outside space and equipment during the pandemic to ensure fans enjoy the tournament whatever the weather, and many have special events, deals and celebrations planned. There really is no better place to enjoy a game than with a pint in hand at the pub.’

The association predicts an even bigger bonus, with as many 20million pints poured in venues. After two-and-a-half years of losses following Covid restrictions, pubs are hoping for a ten per cent boost to business during the tournament.

Draught beer and cider sales rose 50 per cent compared with a normal Monday as England and Wales played their first matches, according to business management consultancy Oxford Partnership.

Tonight’s party atmosphere is in contrast to supporters’ experience in Qatar, where pints cost up to £12 and are in short supply.

Days before Sunday’s opening game, the host nation announced alcohol would not be sold in stadiums, despite governing body Fifa’s £65million deal with Budweiser.

Parties should also boost TV audiences. England’s 1pm kick off with Iran on Monday meant just 8million watched. Tonight’s game starts at 7pm, so fewer will be at work. In 2018, 20.7million saw the semi-final loss to Croatia.

What it’s all about (Picture: Howard Smith/ISI Photos/Getty Images)

USA shocked the world by beating England 1-0 in 1950 and drew 1-1 in 2010. Their draw with Wales on Monday attracted 11.7million viewers across the States. Today – a day …read more

Scientists digging into ‘floaters’ and ‘swimmers’ finally have some answers (Picture: Getty Images/iStockphoto) How was Stonehenge built? What are the Easter Island head statues? Why do some poos float, while others sink to the bottom of the bowl? These are just some of the big questions we face in life. It is one of the […]

A new adventure! (Picture: ITV) Martha Fraser’s (Stephanie Beacham) return had Ken Barlow (William Roache) shocked in Coronation Street. The iconic character, who had an affair with Ken back in the day, made her way to Weatherfield to help with the local AmDram play. She was largely brought in to help Mary (Patti Clare) as, […]