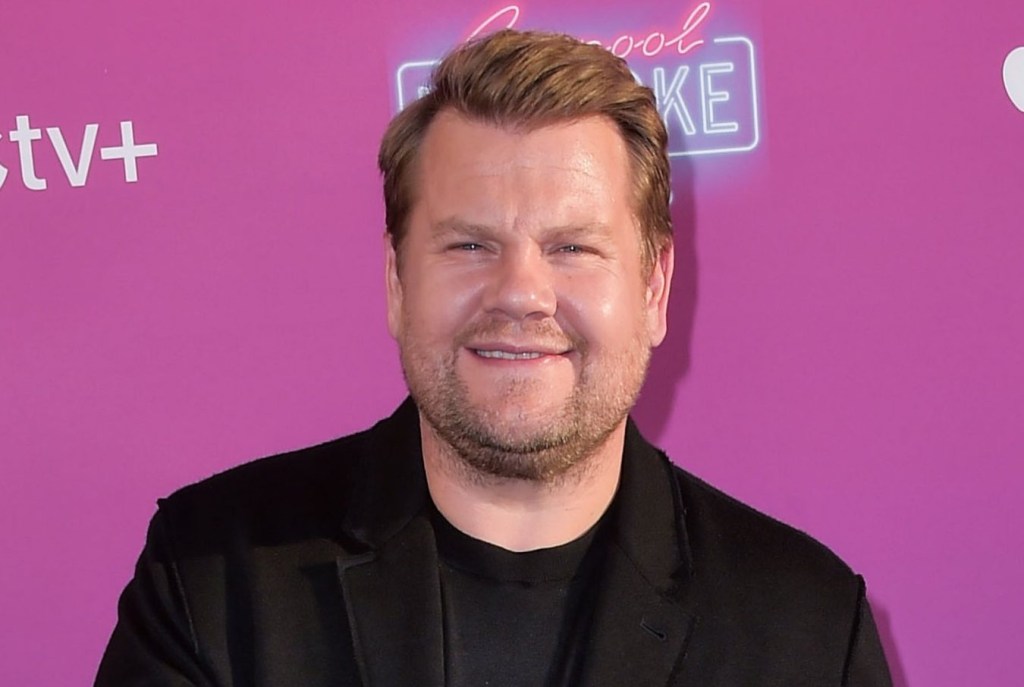 Neither side is willing to back down (Picture: Image Press Agency/NurPhoto/REX/Shutterstock)

Of course, every team in the World Cup dreams of lifting the trophy at the end of it but, as England prepare to play USA, there might be more at stake.

As the 2022 tournament continues, England remain in a strong position following their win against Iran.

But, they’ll be hoping to smash it out of the park once more, especially as Americans are threatening them with… James Corden.

Now, it’s no secret that The Late Late Show’s host has become somewhat of a marmite celebrity over recent years.

James has given us Carpool Karaoke and we could never resent him for being one of the brains behind Gavin and Stacey, but he’s also had his fair share of controversies and has been, well, literally everywhere.

From the Cats musical (remember that?) to The Prom, there are actual Reddit threads asking, ‘Why does James Corden have to be in everything?’, plus there was his restaurant scandal just recently.

The Late Late Show host has been in the States since 2015 (Picture: Terence Patrick/CBS via Getty Images)

What do you reckon, England or USA?Comment Now

So, with the Brits about to face the States on the pitch, social media users are once again proposing that whoever loses has to ‘keep’ Mr Corden in their country – which not many people seem to want.

‘Whoever loses the England vs USA game has to keep James Corden,’ one person tweeted, with James name trending on the site.

‘The ultimate battle of USA vs England is scheduled for later today. Stakes have never been higher. Loser has to keep James Corden,’ wrote another.

And in the event of a draw, one person suggested: ‘Incoming draw so both suffer another 4 years’.

Unable to contain their laughter at the trend, another person tweeted: ‘USA vs England, loser takes James Corden has to be the funniest thing ever’.

Seemingly dreading the match, one desperate fan added: ‘Praying England beat USA tonight because I really don’t want us to have to take James Corden back’.

James is preparing to say goodbye to his late night talk show in the States in next year, after extending his CBS contract for one year before departing ahead of summer 2023.

Maxine makes a major discovery in her mission to catch the spiker (Picture: Lime Pictures) Eric Foster (Angus Castle-Doughty) is very much on borrowed time in Hollyoaks after Maxine Minniver (Nikki Sanderson) makes a shocking discovery next week. Maxine, as viewers know, is determined to make the eponymous village a safer place for women in […]

Wetherspoons mad couple Phil Fox and his wife Julie are going to have a farewell drink in the closing pubs (Picture: Matthew Lofthouse / SWNS) A couple who celebrated their 40th anniversary in a Wetherspoons want to make their dreams come true and complete their pub tour of the UK. Dedicated Phil, 74, and Julie […]

To view this video please enable JavaScript, and consider upgrading to a web browser that supports HTML5 video Martin Lewis has warned of a hidden energy price hike that will hit tens of thousands of households in January. Despite the government bringing in a freeze which lasts until April bills will still go up for […]