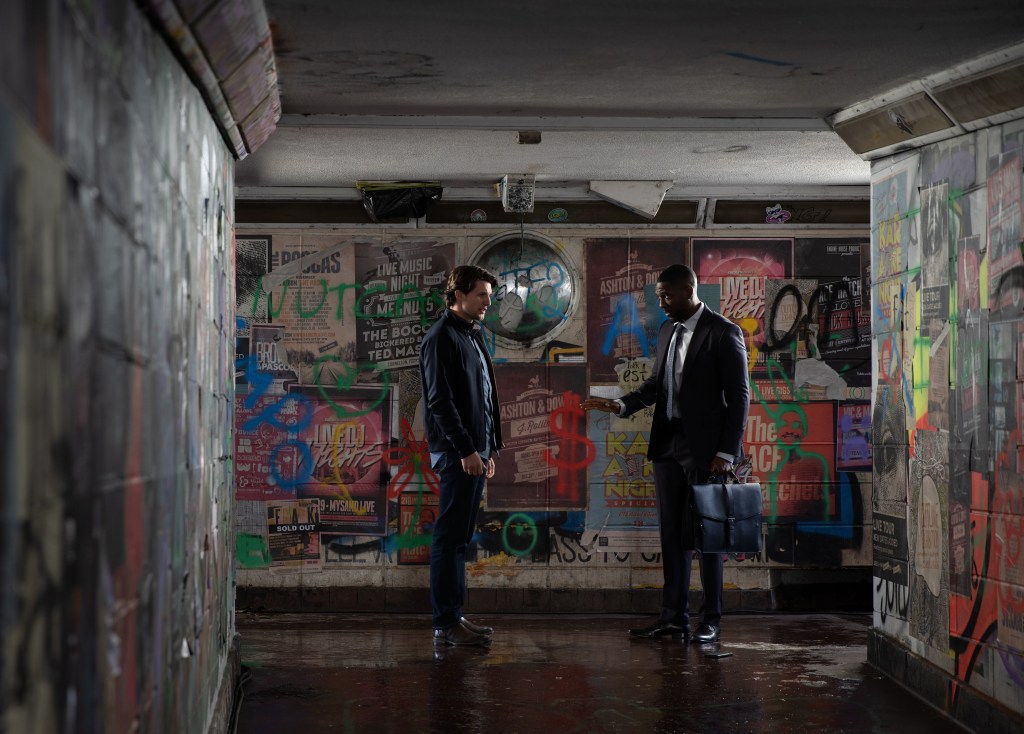 Evil racist thug Jordan (Jack Parr) gets a nasty shock in upcoming Emmerdale episodes, when he’s dumped by his wife over his vile attitudes.

Jordan and his wife Courtney come to the solicitor’s office for a meeting with Ethan (Emile John). He, however, has recently heard that Jordan once again confronted Billy (Jay Kontzle) and threatened him with further violence, saying he was part of a gang.

Al (Michael Wildman) witnesses this and tells the police, and then has a go at Ethan about continuing to represent such a despicable character.

Ethan decides that he can’t continue working on Jordan’s behalf, but when he gives Jordan this news he’s met with a furious and violent reaction – and his racism is fully evident.

Courtney is horrified when she hears her husband talking to Ethan like this and she tells Jordan she’s sickened and ashamed of his racism and can’t be with him any more. She storms out of the office, leaving Jordan to continue his tirade against Ethan, even more furious because now he blames Ethan for his wife leaving him.

Thankfully Jordan leaves, but Ethan’s relief is short-lived. As he leaves work he doesn’t realise that he’s being followed. As he reaches the subway, Jordan stops him, venting his fury in a vile tirade of racist abuse.

And when Ethan attempts to fight back by calling Jordan’s behaviour out for what it is, Jordan throws him to the ground in a furious rage.

Is it the end for Ethan?

Ten Hag will have the final call (Picture: Getty) Manchester United will hold fire on handing new contracts to Luke Shaw and Fred until Erik ten Hag gives his seal of approval. Shaw’s current deal expires in 2023 with United holding the option to extend that by a further year. The England international has endured […]

Home and Away spoilers: Felicity gives up on Tane after constant family interruptions?

(Picture: Channel 5) The Paratas continue to struggle in the aftermath of Ari’s (Rob Kipa-Williams) death, with Chloe (Sam Barrett) clinging to Bella (Courtney Miller), Mia (Anna Samson) alternately putting on a brave face and falling apart, and Tane (Ethan Browne) trying his best to keep the splintered family together. However, Chloe constantly being at […]

Hope gets revenge – in true Hope style (Picture: ITV) Troubled Hope Stape (Isabella Flanagan) has a long history of behavioural problems on Coronation Street, including setting fire to Underworld, trying to force her cousin Joseph (William Flanagan) to jump down the stairs and causing Alina (Ruxandra Porojnicu) to lose her baby after Hope started […]