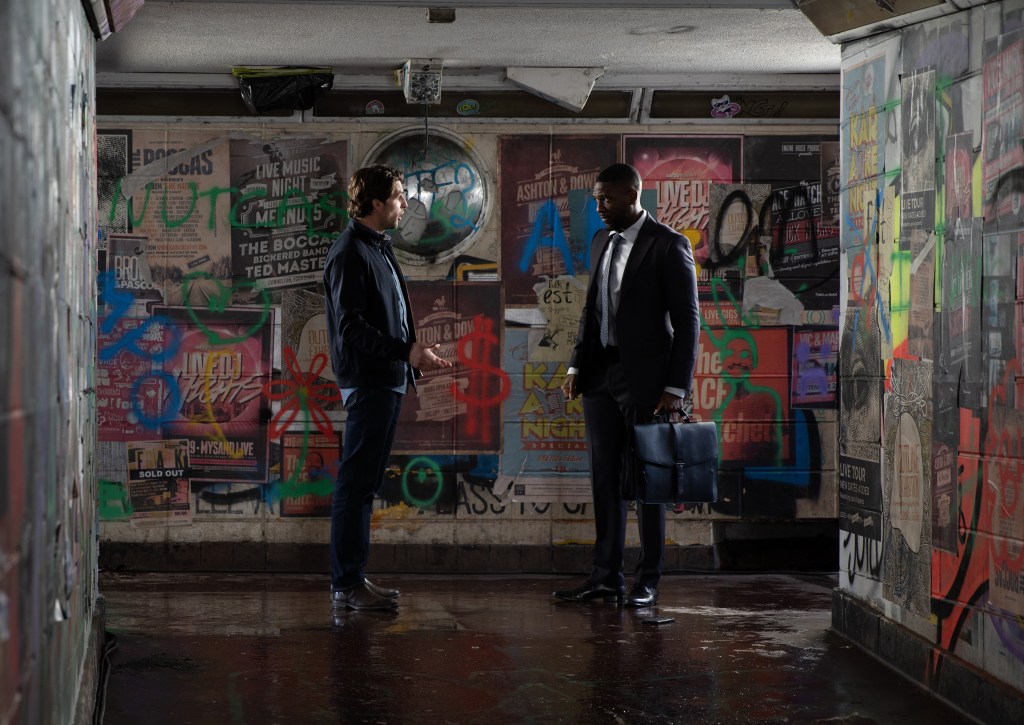 Ethan is currently in an incredibly difficult position (Picture: ITV)

Ethan Anderson (Emile John) has been put in a tough position on Emmerdale. His first proper case as a solicitor is to represent Jordan (Jack Parr), a man accused of assault. The difficulty is that the assault was against Billy (Jay Kontzle) and Ethan knows that the attack was unprovoked and had a racist motive.

He hates the idea that his actions might help Jordan to escape justice, but he equally knows that his career could depend on how he deals with the case.

So far he’s been putting his personal feelings about the case aside for the sake of his career and the principle that everyone deserves legal representation. But that could be set to change in upcoming episodes as Jordan’s racist behaviour becomes something Ethan can’t ignore.

Ben horrified as he brutally attacks Peter in EastEnders

Jordan confronts Billy again, threatening him that he’s part of a gang and even if he’s put behind bars the gang will still get Billy if he doesn’t drop the charges.

This is witnessed by Al (Michael Wildman), who goes to the police and also challenges Ethan about how he can justify to himself representing such a vile character.

The final straw for Ethan is when Charles (Kevin Mathurin) also expresses doubts about what Ethan is doing. Ethan finally makes the decision to pull out of the case, regardless of the cost to his career.

Will he regret his actions?

My date turned up late, sweaty and in his running bib after just finishing a 10km race

BBC Three’s new gay dating show needs to make sure it doesn’t fall into lazy stereotypes How I Do It: ‘I can’t remember the last time I had sex – now I’m dating myself’ How to know when it’s time to end your relationship I was set on leaving straight away but he insisted we had […]

The Portuguese coach also responded to claims he could be Roma’s Sir Alex (Picture: Getty) Jose Mourinho has suggested Manchester United are not expected to win trophies and that the expectations placed on him to win silverware – both at Old Trafford and Tottenham – were unrealistic. United have not won the Premier League title […]

‘Elongate’ costs the billionaire $10 billion in a single day. (Picture: Reuters) Elon Musk has lost $10 billion in just a single day after he was accused of sexual harassement by a former employee. According to the Bloomberg Billionaires Index, Musk was worth about $212 billion on Thursday. Once news of the sexual misconduct allegations broke […]