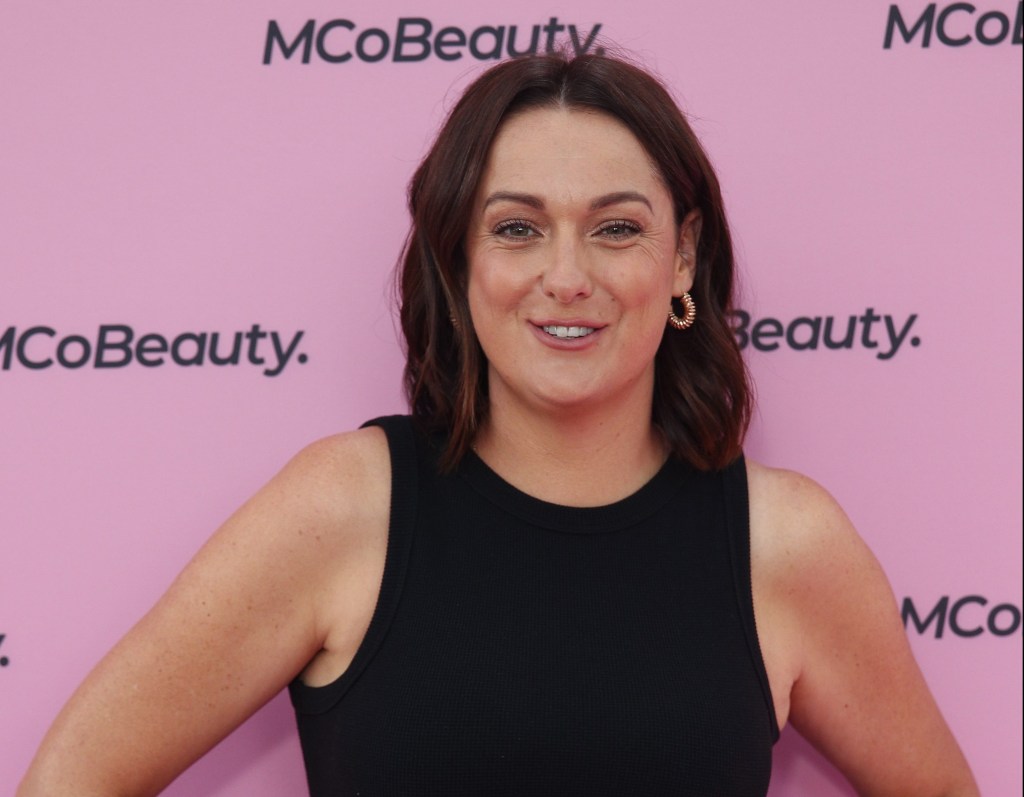 Celeste claimed that the 31-year-old model apparently failed to see the funny side of her joke and responded to the jibe by blocking the performer on social media.

Known for her hilarious reactions to celebrity online antics, the comedian recreated a video that was uploaded by Emily in which she could be seen posing topless against a wall showing off her stringy bikini bottoms and long legs in strappy stilettos.

Offering up her own version, Celeste followed suit and bared all in her garden modelling her colourful bottoms atop artificial bottle green grass.

Captioning the video which she placed side by side with Emily’s, the funny personality swung for the model’s outspoken stance on women and the objectification of their bodies.

She mocked: ‘We are sick of you objectifying our bodies! Also, here’s my ass.’

We are sick of you objectifying our bodies! Also, hereâs my ass. pic.twitter.com/MpUoWV8D4h

Emily Ratajkowski failed to see the funny side as she was the butt of Celeste’s joke (Picture: Getty Images)

Not quite hitting the mark, fans rushed to support the Blurred Lines model with Emily hitting back at the jibe herself too.

Underneath the post the mother-of-one commented: ‘This isn’t it’.

Sharing the news of the social media blocking on Nova’s Fitzy and Wippa’s radio show this week, the conversation was prompted by the duo asking Celeste: ‘Have you had feedback from Ratajkowski?’

To which she replied: ‘I don’t think Emily is a fan.

‘That’s okay, she’s allowed to not love it. But she blocked me.’

The Aussie comedian is known for mocking celebrities and their online antics (Picture: WireImage)

At the time Emily’s clap back opened the comment floodgates and hundreds of users arrived to defend the star.

One wrote: ‘Misogyny is still misogyny even if you’re the one making fun of women babes xx [sic]’.

Emily is famous for her outfits and speaking out against the objectification of women (Picture: Getty Images)

Another posted: ‘em rata getting paid to do a lingerie modelling job that she consents to, vs em rata getting sexually harassed and assaulted at work & speaking out about it— do you not see how these are different??? Yikes [sic]’.

This fan went as far as to slam the comedian’s entire body of work for shamming other women: ‘I didn’t realise until recently when it was pointed out by a colleague that most of your comedy is punching down on young, attractive women who use social media to promote their work and themselves.

‘It’s not funny anymore, when you look at it this way.’

Camp is going to start looking more and more empty (Picture: ITV / Shutterstock) This year’s I’m A Celebrity is well underway with our star contestants settling into camp life. The Bushtucker Trials have already put the campmates to the test with MP Matt Hancock taking on a slew of tasks, and another celebrity threatening […]

Turns out there are deals for Game Pass, just not from Microsoft (pic: Microsoft) Gift cards for both PS Plus and Game Pass can be had at a discount for Cyber Monday, but most will only last 24 hours. Today is many retailers’ final day for their Black Friday sales, which means you’ve only got […]

There were reports that several players had to be pulled apart (Picture: Getty Images) Thibaut Courtois has played down suggestions of a bust-up in the Belgium camp and says the person responsible for leaking the ‘fake news’ would be ostracised from the squad if discovered. The Red Devils are facing the very real possibility of […]