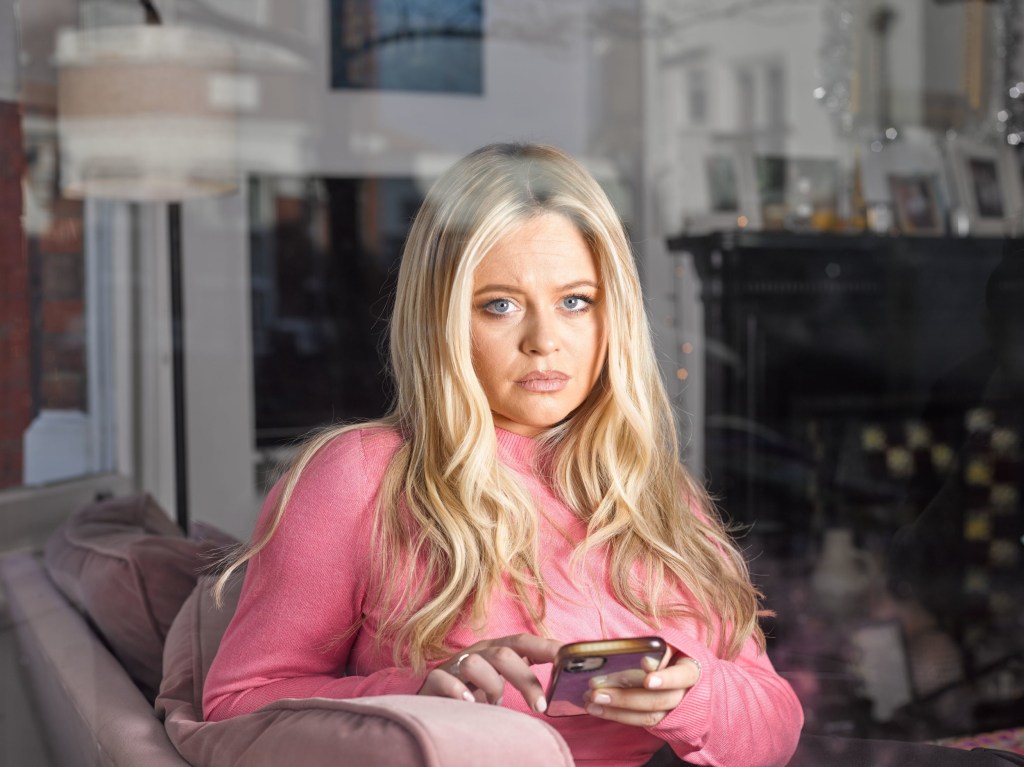 Emily Atack has spoken out after being inundated with support over after announcing her new BBC documentary, Asking For It?, and has said the response has left her ‘filled with hope’.

The Inbetweeners star, who has previously spoken about how she was forced to call the police after receiving rape threats, fronts the feature-length film and has spoken about the personal documentary ahead of it airing.

She explores how ‘something so grotesque, aggressive, malicious and violent’ as sexual harassment has evolved and how it could be tackled through education while calling on the government to make catcalling a ‘public health issue’.

The 33-year-old actress has since been inundated with supportive messages, many of which highlight her courage for speaking out about such a sensitive subject.

Responding to the reaction, Atack wrote on Twitter: ‘I want to thank every single person who has sent me a lovely message today.

‘It’s an incredibly nerve wracking and emotional topic for me to talk about, so I really appreciate your sensitivity and support.

I want to thank every single person who has sent me a lovely message today. Itâs an incredibly nerve wracking and emotional topic for me to talk about, so I really appreciate your sensitivity and support. It fills me with hope â¤ï¸

The star will be presenting a new documentary about sexual harrasment (Picture: PA)

‘It fills me with hope’.

This comes after Atack told The Times that the online trolling and sexual abuse she faces, especially over lockdown, left her feeling like she’s ‘being sexually assaulted hundreds of times a day’.

She elsewhere told Radio Times that she’s ‘terrified’, saying: ‘The second I hear a bump in the night I go, “Oh, that’s it. I’m about to be raped and killed”. I’m scared of being physically alone a lot of the time.’

Since speaking out, Atack has been showered with support, with one person writing: ‘Their behaviour is not ok. Well done for speaking out. Something needs to be done about this. Horrifying statistics of how many young girls online receive these awful messages from men. Hopefully you speaking out will encourage others to do the same. Take care’.

Another penned: ‘Well done for speaking out, Emily. No one should ever have to deal with what you’ve had to put up with. Stay strong lovely lady’.

‘So good that you’ve spoken out about this. You can certainly be proud of yourself for bringing this to people’s attention,’ someone else wrote.

Atack talks about how catcalling and street harassment can turn into something ‘way more sinister’ (Picture: PA/BBC)

In the documentary, Atack talks about how catcalling and street harassment can turn into something ‘way more sinister’.

Ezra Miller has rarely been out of the headlines over the last few years (Picture: Getty) DC Comics bosses have addressed Ezra Miller’s future ahead of the upcoming release of the Flash. The 30-year-old has found themselves at the center of various legal issues, and most recently reportedly pleaded guilty to a trespassing charge in […]

Reece James has returned to fitness (Picture: Getty Images) Graham Potter will have Ben Chilwell, Reece James, Raheem Sterling and Ruben Loftus-Cheek available to him for Chelsea’s meeting with Fulham on Friday night, but is still without a string of first team stars. The Blues have been going through something of an injury crisis, although […]