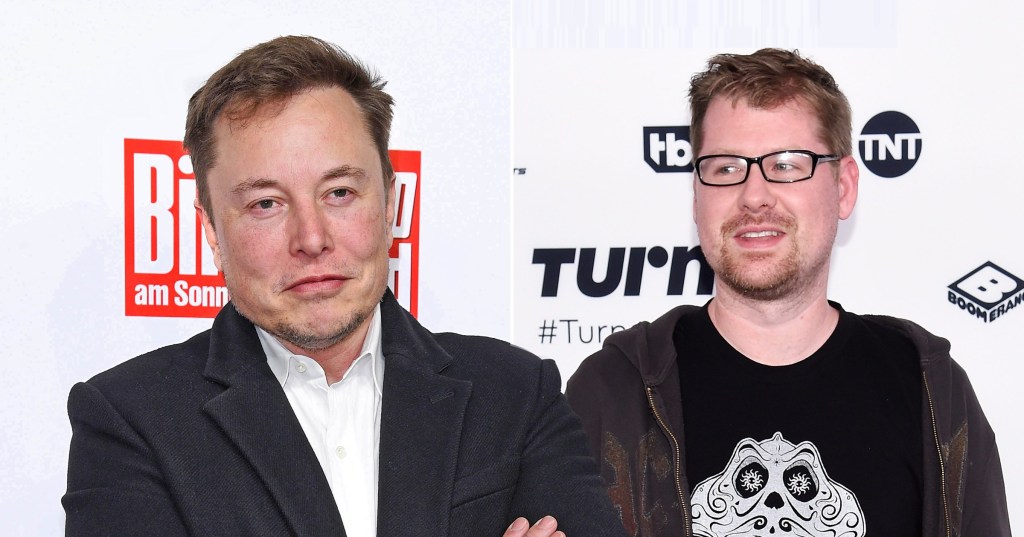 The Twitter CEO reacted to the news of the Rick and Morty co-creator being axed (Picture: Getty)

Elon Musk has declared Justin Roiland the ‘heart’ of Rick and Morty, after the co-creator of the animated TV series was fired amid domestic abuse charges.

This week, Adult Swim, the TV network that airs the sci-fi sitcom in the US, announced that they were ‘cutting ties’ with the animator and voice actor.

‘Adult Swim has ended its association with Justin Roiland. Rick and Morty will continue. The talented and dedicated crew are hard at work on Season 7,’ the statement read.

Earlier this month, it was reported that a criminal complaint was made against Roiland in 2020 from prosecutors in Orange County, California.

He was charged with corporal injury and false imprisonment by menace, fraud, violence or deceit against the woman, who he was living with at the time, with Roiland pleading not guilty over the alleged incident.

Following the release of Adult Swim’s statement on social media, YouTuber and political commentator Tim Pool responded to it on Twitter by writing: ‘How lol. Justin is Rick *and* Morty.’

Twitter CEO Musk then replied underneath: ‘He is also the heart of the show.’

The case of the domestic abuse charges made against Roiland was reported by NBC News on January 12 this year, when a pre-trial hearing took place.

The woman in question was reportedly not identified in the court documents.

In a statement recently released by one of Roiland’s attorneys, they said that they ‘looked forward’ to ‘clearing the name’ of the 42-year-old.

‘We look forward to clearing Justin’s name and helping him move forward as swiftly as possible,’ they said.

Earlier this month, public documents seen by NBC outlined that Roiland was arrested and released on a $50,000 (£40,583) bond in August 2020, before being arraigned in October that year.

A protective order was filed in 2020, which is set to last until October this year.

It outlined that Roiland was ‘not to harass, threaten or surveil’ the anonymous person in the protective order, and cannot go within 100 feet of them.

The 42-year-old was also reportedly ordered to turn in any firearms in his possession or ownership.

Russia’s Wagner Group has played a key role in the fighting in Ukraine and also deployed its personnel to Syria, Central African Republic, Libya and Mali (Picture: AP) Researchers say a Russian mercenary group should be investigated for war crimes and crimes against humanity.  A group of UN-appointed independent experts earlier this week issued a […]

The new rules come after rising interest rates led to a string of bankruptcies in the sector in 2022 (Picture: Credit: Damien Loverso / Alamy Stock Photo) Britain’s finance ministry laid out its first set of rules to regulate cryptoassets on Wednesday. The move follows the collapse of crypto exchange FTX last year, which wiped out billions […]