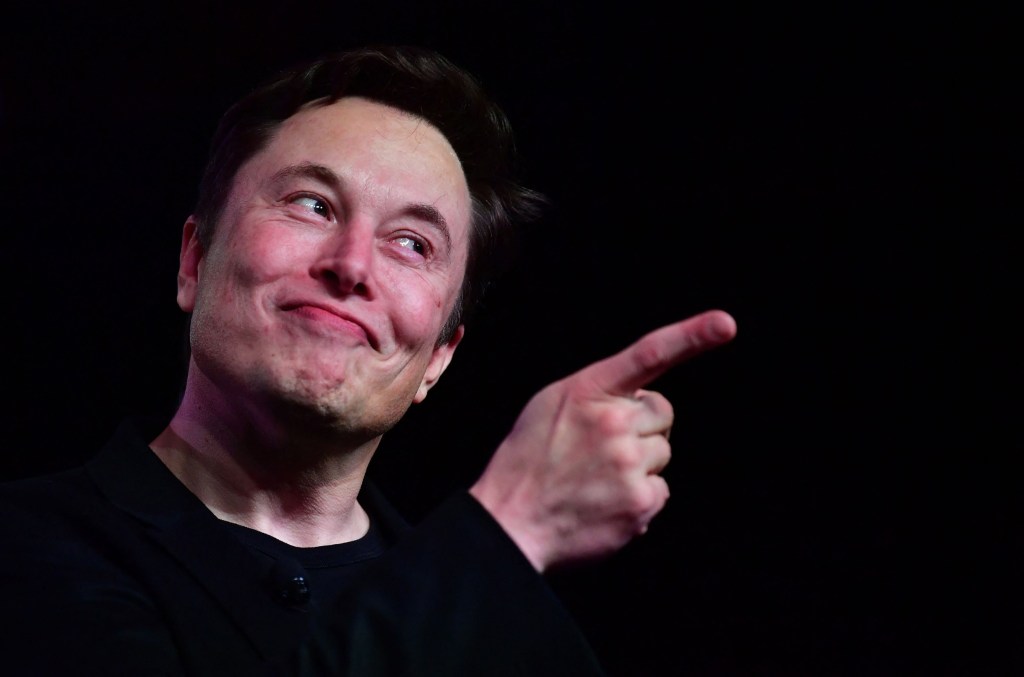 Musk also added a link to a memo of the Ferguson shooting acknowledging that he knew what the t-shirts stood for (Picture: Getty Images)

Musk also added a link to a memo of the Ferguson shooting acknowledging that he knew what the t-shirts stood for (Picture: Getty Images)

On Tuesday, Musk posted a video of a batch of ‘StayWoke’ t-shirts from Twitter’s headquarters.

‘Found in closet at Twitter HQ fr,’ Musk said in the tweet with a crying face emoji, seemingly mocking the political messaging on the shirts.

The slogan t-shirts were reportedly made by Twitter’s Black employee group following the Ferguson protests. The company’s former CEO Jack Dorsey notably wore a version of the t-shirt to conferences in support of the group and was sometimes ridiculed for it.

Musk is known for pushing the narrative that Twitter was run by leftists who suppressed free speech by conservatives.

To the original tweet, he also added a link to a memo of the Ferguson shooting acknowledging that he knew what the t-shirts stood for.

On Wednesday, Musk went on to post a photo of a black t-shirt with the phrase ‘#Stay@Work’, seemingly mocking the #StayWoke shirts. It could also be a nod to his brutal work ethic that led to a mass resignation at the social media company.

The posts have been met with cheers from conservatives on Twitter.

‘The conquest of Wokerosi is complete,’ replied venture capitalist David Sacks whom Musk has brought on board to help run Twitter. Sacks is famous for co-authoring, ‘The Diversity Myth’, a book criticising diversity efforts on college campuses.

‘The social justice warriors even had their own adorable uniforms at Twitter,’ tweeted comedian Tim Young.

The term ‘woke’ has come to be used disparagingly by conservatives to refer to members of the left.

It reverses a ban that kept the former president off his favourite social media platform in the wake of the deadly riot on 6 January 2021.

MORE : Can you top this man’s bid to get Elon Musk’s attention to be sent to Mars?

Cricket powder pancakes, anyone? (Picture: Jam Press/@ensekta) While eating bugs and insects might remind us of Bushtucker Trials on I’m a Celeb, it’s very much the reality for Joanne Techow. The 30-year-old, from Johannesburg, South Africa, says creepy crawlies – such as bugs, mealworms and ants – feature heavily in her diet and insists crickets […]

All change at Casualty as the soap takes on a brand new direction (Picture: BBC/Metro.co.uk) There are big changes coming to Casualty as long term fans will notice a brand new format at the end of this year and into the next. The Casualty we are used to generally has featured a couple of injuries […]

Machine Gun Kelly is literally untouchable in prickly, purple suit as he hits out at rockers at American Music Awards

The artist dispelled comments he was a sell-out for switching up his sound (Picture: Taylor Hill/FilmMagic) Machine Gun Kelly turned heads at the 2022 American Music Awards in a spikey purple suit as he delivered a passionate speech about his position in the rock community. Accepting the award for favourite rock artist, the rapper-turned-rockstar addressed […]