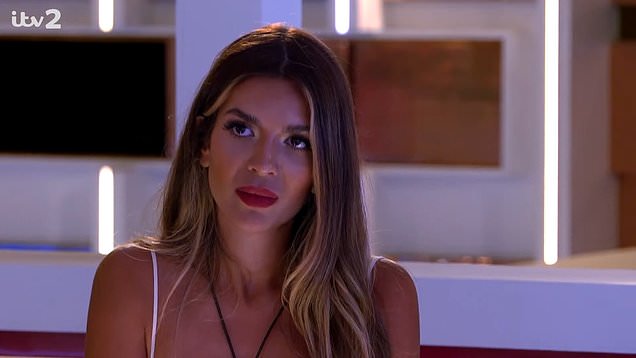 Love Island delivered all sorts of drama tonight and we couldn’t have asked for more.

It’s been a chaotic few days, with the arrival of two new bombshells, Dami Hope and Indiyah Polack turning towards each other after both their partners were voted out of the villa, and Ekin-Su Cülcüloğlu setting her eyes on Jay Younger, leading to a big blow up between the Turkish soap star and Davide Sanclimenti.

Elsewhere, Gemma Owen and Luca Bish were separated after bombshell Danica Taylor picked the fishmonger to couple up with, leaving him cuddling Gemma on the sofas by day, and sleeping in the dog house at night.

Tasha Ghouri and Andrew Le Page seemed happily coupled up, until new bombshell Charlie Radnedge’s arrival, who promised he was going for ‘personality’ over ‘looks’, before choosing Tasha for a date later in the episode.

While the teaser for tonight showed the big blow up between Jay and Ekin-Su, the night started with a fairly calm conversation between them, as Jay admitted he wanted to get to know Paige Thorne, who is actually coupled up with Gemma’s ex-boyfriend Jacques O’Neill.

Ekin-Su and Jay’s relationship melts down after dramatic argument

‘That conversation with Ekin couldn’t have gone any better,’ Jay began, before things turned entirely upside down, and the villa exploded.

Jacques let Paige know that she had caught Jay’s eye, but before Jay and Paige had a chance to speak to each other, Ekin-Su came out fuming.

‘This is a joke,’ Ekin was heard saying to herself inside, before she strode straight back out, bee-lining for Jay. And she was not happy.

Jay and Ekin-Su’s relationship broke down into an argument, pretty reflective of the one Davide Sanclimenti had with Ekin-Su only a few nights ago. In fact it was so similar, Ekin-Su actually used Davide’s words against Jay, saying he should win an Oscar.

‘I take back everything I said here, I was calm and collected, it’s just hit me now,’ Ekin-Su began, questioning Jay’s actions towards her over the last few days.

While Ekin-Su accused him of ‘leading her on’, calling Jay ‘a mug’ and ‘the biggest player of the villa’ who ‘deserves the biggest Oscar’, the rest of the Islanders were left stunned at the interaction, with Jacques jumping in to defend Jay, pointing out that Ekin-Su’s actions a few nights ago (which involved crawling onto the terrace to secretly kiss Jay) weren’t any better.

Charlie sets his eyes on Tasha

While the left of …read more

Metro.co.uk brings you Love Island ‘Hot or Not’, sharing the most and least compatible pairings of the moment (Picture: Rex/ITV/Metro.co.uk) Love Island has already got us well and truly hooked, but not everyone is yet convinced all the pairings are set to last for the long haul. Well, what a week of drama it’s been. […]

The bees had to be removed by a beekeeper – but not before lots of puns were made on social media (Picture: SWNS) Police were caught in a ‘sting operation’ when thousands of bees swarmed their offices forcing them to evacuate. The flying insects invaded Northamptonshire Police’s Wootton Hall headquarters on Thursday, just as a […]

US lawmakers pass gun control legislation, sending it to Joe Biden to sign into law