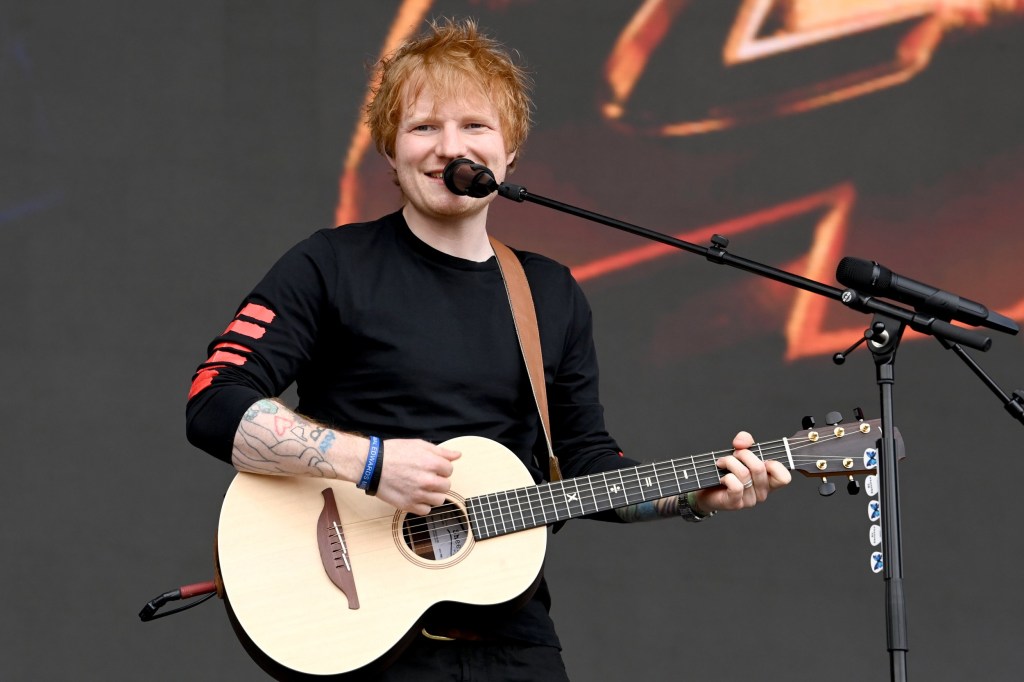 The songwriter denied being a ‘magpie’ and stealing ideas from other musicians (Picture: Dave J Hogan/Getty Images)

Ed Sheeran and his co-songwriters have been awarded over £900,000 in legal costs after winning their High Court copyright trial over the hit Shape Of You earlier this year.

At a trial in March, the singer and co-writers, Snow Patrol’s John McDaid and producer Steven McCutcheon, faced accusations that their track ripped off a 2015 song by Sami Chokri and Ross O’Donoghue.

However, Mr Justice Zacaroli concluded Mr Sheeran ‘neither deliberately nor subconsciously’ copied a phrase in the song.

Mr Sheeran, his co-authors and their music companies originally launched legal proceedings in May 2018, asking the High Court to declare they had not infringed Mr Chokri and Mr O’Donoghue’s copyright.

Two months later, Mr Chokri – a grime artist who performs under the name Sami Switch – and Mr O’Donoghue issued their own claim for ‘copyright infringement, damages and an account of profits in relation to the alleged infringement.’

The pair had alleged that an ‘Oh I’ hook in Shape Of You is ‘strikingly similar’ to an ‘Oh Why’ refrain in their own track.

But in his previous judgment, Mr Justice Zacaroli concluded ‘Mr Sheeran had not heard Oh Why and in any event that he did not deliberately copy the Oh I phrase from the Oh Why hook.’

He dismissed the counterclaim and granted a declaration to Mr Sheeran and his fellow songwriters that they had not infringed the copyright in Oh Why.

Following the ruling, lawyers for Mr Chokri and Mr O’Donoghue had said that Mr Sheeran and the other claimants should pay their own legal costs, claiming they had failed to provide documents and demonstrated ‘awkwardness and opacity.’

However, in a ruling on Tuesday, Mr Justice Zacaroli said that the lesser-known songwriters should pay the legal costs, ordering an interim payment of £916,200.

A further hearing is expected to assess and finalise the sums.

Ross O’Donoghue also claimed the song infringes parts of one of their songs (Picture: PA)

‘I consider it is appropriate that the claimants’ success is reflected in an order that their costs are paid by the defendants, without reduction save for that which is made as part of the process of detailed assessment,’ Mr Justice Zacaroli said.

The judge dismissed arguments that the defendants would have changed their approach to the case if some documents and explanations about how Shape Of You was written had been provided earlier.

Mr Justice Zacaroli said: ‘None of the disclosure or explanations, once provided to the defendants, caused them to alter their approach at all.

‘Instead, they not only maintained their attack on Mr Sheeran but broadened it by asserting that he was a “magpie” who habitually misappropriated song ideas from other writers.’

During the 11-day trial in central London, …read more

Coronation Street spoilers: Peter has a plan to defeat Thorne but it ends in disaster

Mr Thorne vs Peter continues (Picture: ITV) Peter Barlow (Chris Gascoyne) grows desperate to destroy Mr Thorne (Dominic Mafham) in Coronation Street but, once again, his plan ends in disaster. After discovering Mr Thorne rushed his operation for the purpose of a bet, Peter’s anger started to slowly bubble to the surface. When Mr Thorne […]