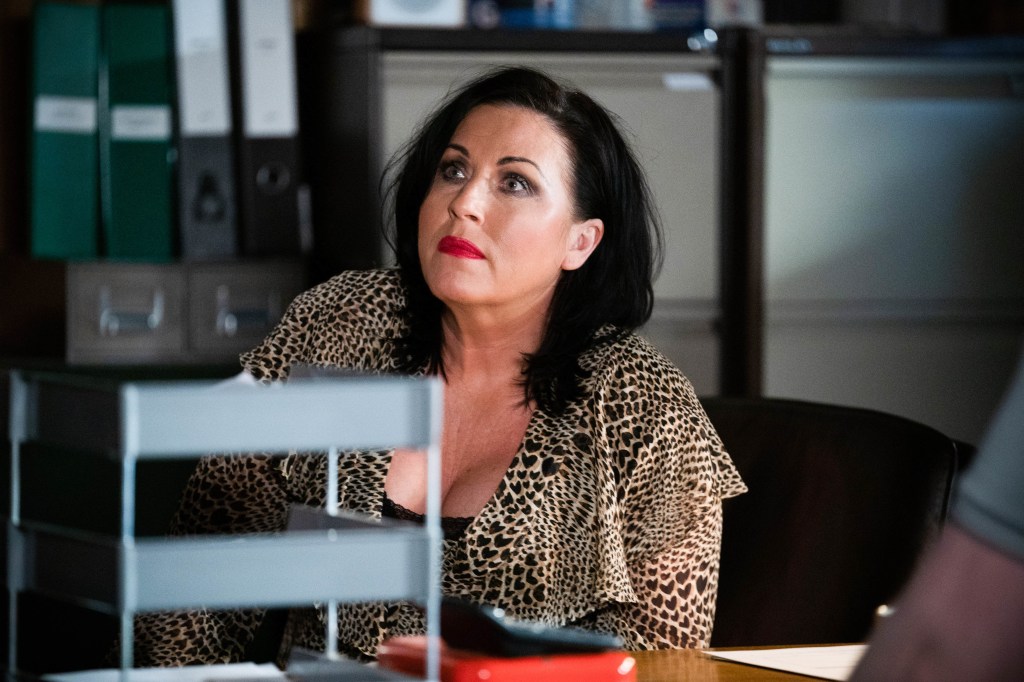 EastEnders star Jessie Wallace was arrested for allegedly attacking a police officer at a nightclub.

The actress, who plays Kat Slater in the BBC One soap, was held after a row took place outside Flex in leafy Bury St Edmunds, Suffolk, according to The Sun.

Jessie, 50, is said to have been released without charge after receiving a caution.

A Suffolk police spokesperson told Metro.co.uk: ‘A 50 year-old woman was arrested early on Sunday morning in St Andrew’s Street, Bury St Edmunds, on suspicion of assaulting a police officer / drunk and disorderly conduct and was released without charge after receiving a conditional caution.’

Metro.co.uk has reached out to EastEnders and Jessie’s reps for comment.

Jessie is best known to audiences for her role as Kat in EastEnders. She made her Walford debut back in 2000, when Kat arrived in Walford with the entire Slater clan in tow.

The scenes recently re-aired on Drama Channel, which has been showing consecutive daily classic repeats of the soap.

Jessie, meanwhile, left EastEnders in 2005, but ultimately returned in 2010, in a year which saw Kat take over The Queen Vic.

Kat has been at the centre of many storylines on the show (Picture: BBC / Jack Barnes / Kieron McCarron)

The character was again written out of the serial drama in 2016, and featured in spin-off series Redwater, before staging another comeback to EastEnders in 2018.

During her multiple stints in the soap, Jessie has featured in a number of popular storylines — including the famous ‘You ain’t my mother’ showdown, which saw Kat reveal that she was Zoe’s (Michelle Ryan) mum.

Kat recently embarked on a relationship with resident hard-man Phil Mitchell (Steve McFadden), which has divided fans of the show.

In addition to her work on EastEnders, Jessie played Elsie Tanner actress Pat Phoenix in 2010’s The Road To Coronation Street —a performance for which she received a BAFTA nomination for Best Supporting Actress.

EastEnders airs Mondays to Thursdays at 7:30pm on BBC One.

We would spend five hours a day on video chat (Picture: Bill Hillmann) ‘What if this coronavirus thing gets really bad?’ I asked my partner, Paula. ‘Really? You think so? Don’t scare me.’ Her eyes watered as I took her in my arms and held her tight. It was 2 March 2020 and we were […]

The cave sits below Pembroke Castle in Wales (Picture: Getty Images / Wales News Service) This 10,000-year-old cave in rural Wales is the stuff of every history lover’s fantasy. It holds deep and fascinating secrets even the likes of ancient explorers would find intriguing. Nestled under Pembroke Castle in west Wales, the cave boasts the […]