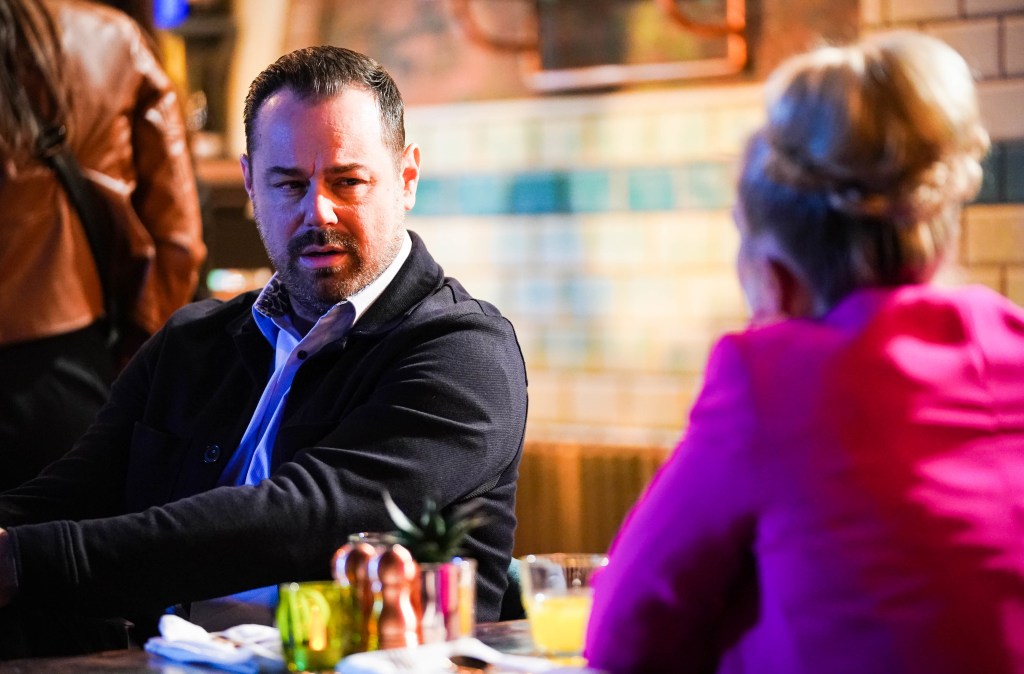 Trauma once again bubbles to the surface for Mick Carter (Danny Dyer) in EastEnders, as he reveals that the abuse he suffered at the hands of former care worker Katy (Simone Lahbib) continues to affect him.

Mick’s mental health spiralled after Frankie Lewis (Rose Ayling-Ellis) appeared in his life claiming to be his daughter, and eventually the terrible truth came out that Frankie’s mum Katy had abused Mick when he was only 12 years old and she was a staff member in the care home where he and Tina were living.

Although Mick gradually pieced his life back together and now enjoys a good relationship with daughter Frankie, there are other areas of his life where Katy’s horrible actions are still affecting him.

He hasn’t been able to be intimate with Janine (Charlie Brooks), telling Mitch (Roger Griffiths) that he has a mental block about it.

In upcoming episodes Mick goes for a walk with Linda (Kellie Bright), and is able to confide in her about how his traumatic past with Katy is still affecting his life and he doesn’t feel he’ll ever be the same person.

Hopefully being able to talk to Linda about his most personal issues will be helpful to Mick, and he hopes that Linda will realise she also needs help.

And as the two seem to be getting closer once again, could a reconciliation be on the cards?

This is officially the UK’s favourite sandwich

Which one came out on top? (Picture: Getty/Metro.co.uk) What’s your go-to sarnie for a picnic? Do you go classic with a ham and cheese, or something more devise like an egg salad – or maybe you like something a bit more modern, with pastrami and pickles? Well, turns out it’s the ploughman’s cheese sandwich that […]

To view this video please enable JavaScript, and consider upgrading to a web browser that supports HTML5 video The new trailer for The Umbrella Academy season 3 is here…and we have more questions than answers. The third instalment of the sci-fi will see the Hargreeves siblings come face to face with the Sparrow Academy – […]