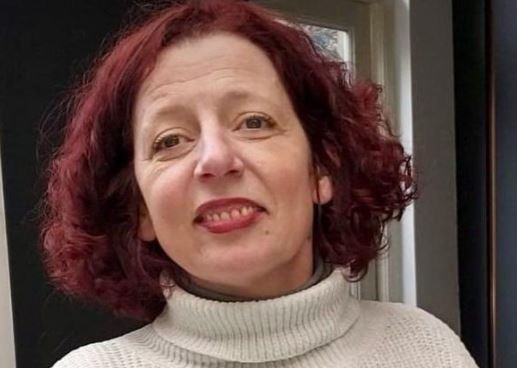 Franca Grossi has left behind her two teenage daughters and her devastated husband (Picture: Central News)

A drink driver said he thought an accident which killed a mum-of-two and injured two others was funny.

Steve Boochoon, 25, ‘showed no compassion or concern for others’ after he crashed into an Uber carrying 52-year-old mum Franca Grossi just after midnight on August 13.

When police asked what he thought about the destroyed car, Boochoon answered: ‘To be honest, it’s their problem.’

He was laughing as he told officers: ‘I’ve only had two shots bro.’

The accident happened on a residential street, in Haringey, north London, where Boochoon was on the wrong side of the road and travelling at almost three times the 20mph speed limit.

He crashed into Franca’s taxi so fast the driver said he did not even realise it was a car, the Old Bailey heard.

Franca, who was on her way home from work drinks, died from her injuries the next day. The other two in the car, including Franca’s best friend Francesco Fontana, 48, escaped with injuries.

Franca was in the car with her best friend of 20 years, Francesco Fontana (Picture: Central News)

At the time, Boochoon was not allowed to be on the road because of a previous conviction for driving while intoxicated. He also had no insurance.

Franca’s husband James Manns read his victim impact statement out to the court.

He said: ‘The killing of my wife, and the mother of our two young daughters, has devastated us.

‘We still can’t and I doubt we will come to terms with this tragedy.

‘Every day I feel sick in the pit of my stomach and I will never get over the image in my head of when I was with Franca the day she died in hospital. A piece of me also died that day.

‘It has also devastated her mother, four sisters and nieces, having to come to terms with the fact she has so wrongfully been taken away from us so soon.

‘She was a young, kind, generous, passionate and happy woman always laughing and helping out people with such sincere honesty and love.

‘The loss of Franca and the impact of her death has brought huge financial stress to me and our two daughters with the worry of paying rent, bills and food a daily concern.

‘I’m left with anger and hatred towards Steve Boochoon which I have never felt towards anyone in my life before.

‘I will never forgive nor forget what he has done.’

Looking at Boochoon in the dock he said: ‘He has destroyed me and my life will never be the same.’

He added his eldest daughter was too traumatised to give an impact statement.

Francesco, who had been best friends with Franca for 20 years, was similarly heartbroken.

She said: ‘Dear Franca, I’ve been trying to write about my life without you for last nine weeks.

Chris Moyles raging ‘Matt Hancock is more popular’ than him as he becomes sixth star eliminated from I’m A Celebrity… Get Me Out Of Here!

Chris is out! (Picture: ITV) Another star has walked across the I’m A Celebrity… Get Me Out Of Here! bridge – and it’s Chris Moyles who was sixth to be eliminated. The star faced their fears alongside the likes of Boy George, Mike Tindall, Jill Scott, and Sue Cleaver as Ant and Dec’s reality series […]

Olivier Giroud has scored 51 goals for France (Photo: Getty) Hugo Lloris has hailed teammate Olivier Giroud after he went level with Thierry Henry’s as France’s all-time top goal scorer. Giroud scored twice as France came from behind to beat Australia 4-1 in Qatar, beginning their World Cup defence in style. The 36-year-old has now […]

‘Get in the firing line!’ – David Haye warns Tyson Fury and Derek Chisora must ‘deliver entertainment’ in trilogy fight

Fury and Chisora fought in 2011 and 2014 (Picture: Getty) David Haye has warned Tyson Fury and Derek Chisora must light up the Tottenham Hotspur Stadium on Saturday, warning a repeat of their first two fights will not go down well. Fury and Chisora meet for a third time on 3 December with the WBC […]