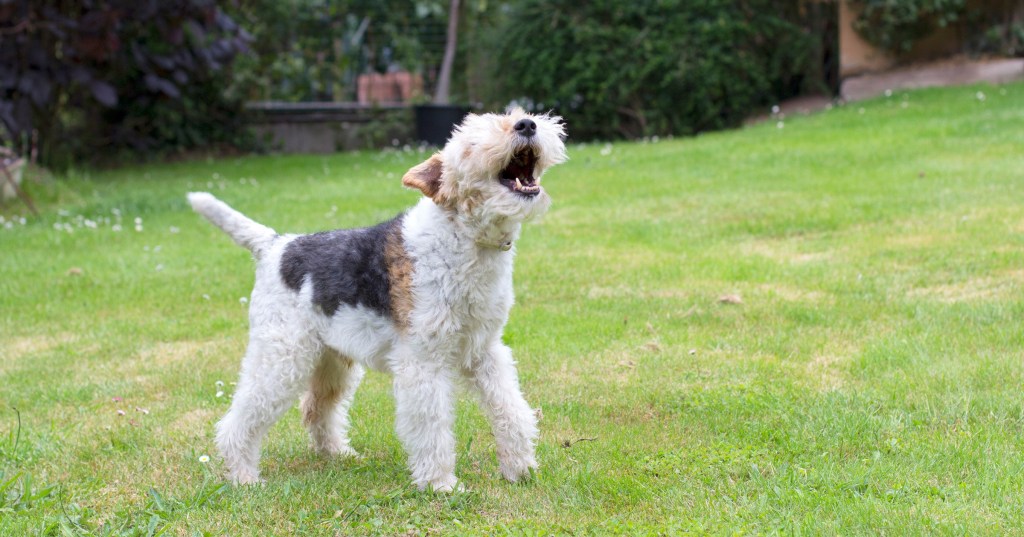 A warning has been issued to dog owners after a woman lost her pet over its barking (Picture:Getty)

If your dog’s incessant yapping annoys your neighbours too much, you could end up having to pay a £1,000 fine.

There’s nothing wrong with dogs barking and they do so for a number of reasons, like communicating that they want to play or warning you of danger.

But if the noise persists to a point where it’s a problem for neighbours, then you could be in trouble.

Owners have been warned after a woman from Derby’s dog was taken from her care last week after months of howling throughout the night.

The noise was affecting neighbours’ mental health and wellbeing and authorities were forced to take action, revealed a report by Derby Homes.

Initially the organisation, which manages council properties in the city, issued the owner with a Community Protection Warning.

But the problem continued for another four months until she eventually prosecuted.

Experts have shared advice on how to get your dog’s howling under control (Picture: Getty Images/iStockphoto)

She admitted to a court she was unable to manage the dog, so it was placed in the care of the RSPCA. Earlier in the year she’d received a ‘significant’ fine.

After her conviction, dog housing retailer Kennel Store said that although barking is natural, owners should be wary of it getting out of hand.

According to Government guidance, councils are obliged to investigate complaints about noise.

In cases where the report is about a dog, owners are given a week to try and resolve the issue, WalesOnline reports.

If they fail, the owner could be handed a Fixed Penalty Notice of up to £110. Failure to pay could then lead to a prosecution with a maximum fine of £1,000.

How to control your dog’s barking, according to Kennel Store

Don’t reward your dog with treats or tell them they’re a ‘good dog’ if they’re being noisy as it will encourage their behaviour. Only reward them if they’re being quiet.
Even if you really want to shout, don’t raise your voice at your dog as it may think you’re joining in with their howling.
Try and find out what is causing the barking and remove the stimulus.
Make sure your dog has regular exercise, set meal times and scheduled play times – boredom and no structure could make your pet act out.
If you notice something that triggers your dog’s barking, try and train them not to react unnecessarily. You may need to do this in stages and it may take some time. Bringing in a specialist would also help.

Matt Fitzpatrick won the US Open in dramatic fashion on Sunday night (Picture: Getty Images) Matt Fitzpatrick is aiming to win six major titles over his career and took the first step towards that huge goal by claiming the US Open on Sunday. The Sheffield star finished six-under at Brookline to beat Scottie Scheffler and […]

Sounds like Ikenna is Team Damiyah all the way (Picture: ITV/Rex/Shutterstock) Dumped Love Island star Ikenna Ekwonna has shared how ‘happy’ he feels for Indiyah Polack and Dami Hope – despite having previously wanted to stay matched with Indiyah in a romantic couple. On tonight’s episode, it was revealed that Ikenna and Amber Beckford had […]

Denise Van Outen on importance of allyship and Duncan James being her rock as she releases epic disco cover of From New York To L.A.