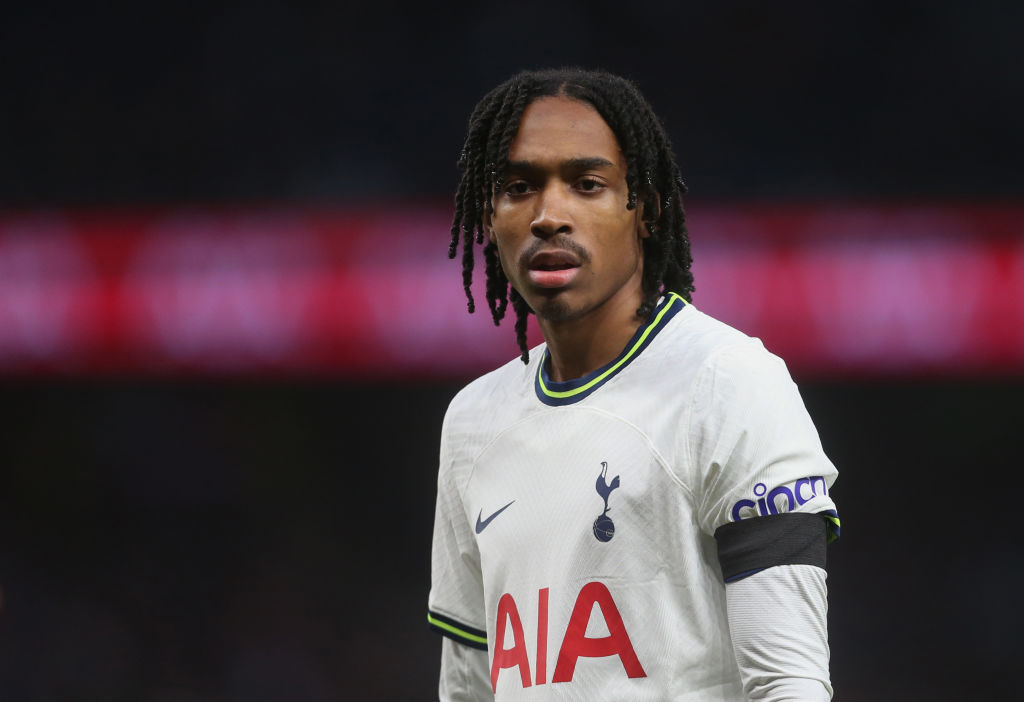 Djed Spence is yet to start a game for Tottenham (Photo: Getty)

Tottenham will allow highly-rated youngster Djed Spence to leave on loan this January amid interest from a number of Premier League clubs.

Spence moved to north London from Middlesbrough last summer in a deal worth £20million, following a highly successful loan spell at Nottingham Forest where he was instrumental in their promotion from the Championship.

Many Tottenham fans were very excited by the transfer by from the off it was clear that Antonio Conte did not share that enthusiam.

Upon signing Spence, the manager said: ‘He is an investment of the club. The club wanted to do it.

‘I said, “OK, this player is young but he showed he can become a good, important player for us”. The club decided to buy him.’

To date, the right-back has made just six appearances for Spurs, none of them starts, totalling just 41 minutes of football, despite the struggling form of Emerson Royal and Matt Doherty.

And with Conte now pursuing a £40m deal for Sporting star Pedro Porro many believe Spence needs to leave the Tottenham Hotspur stadium if he wants to get back to regular game time.

And the 22-year-old appears to be in luck, with talkSPORT reporting that Tottenham have given Spence the ‘green light’ to go out on loan fro the rest of the season – but only if the club he goes to can help his development.

The defender is not short of suitors, with reports suggesting that Leicester, Southampton, Crystal Palace and Brentford are all keen to sign him.

Spence is also wanted abroad, with Bundesliga side Bayer Leverkusen said to be keeping tabs.

Following a poor run of form, Tottenham are fifth in the table, three points off the top four but having played a game more than their rivals.

The livery for the Haas VF-23 has been revealed! (Photo: Haas) Haas have become the first Formula 1 team to reveal the livery for their 2023 car – offering fans their first glimpse of what this year’s grid will look like. However, this is not the final look of their challenger for this season, with […]

Is Marcus Rashford in the best form of his career? (Photo: Getty) Manchester United hero Wes Brown believes that Marcus Rashford is now ‘on the same level’ as Tottenham’s Harry Kane and Liverpool’s Mohamed Salah. Rashford has been in fantastic form this season under Erik ten Hag, registering 17 goals and six assists across 28 […]

Oh Beyoncé, what are you trying to do to us? (Picture: Mason Poole/Parkwood Media/Getty Images for Atlantis The Royal) Beyonce has left us quite literally speechless with her gorgeous golden look for the opening weekend of The Royal Atlantis in Dubai. The stars came out in force for the glam occasion, with Liam Payne, Rebel […]