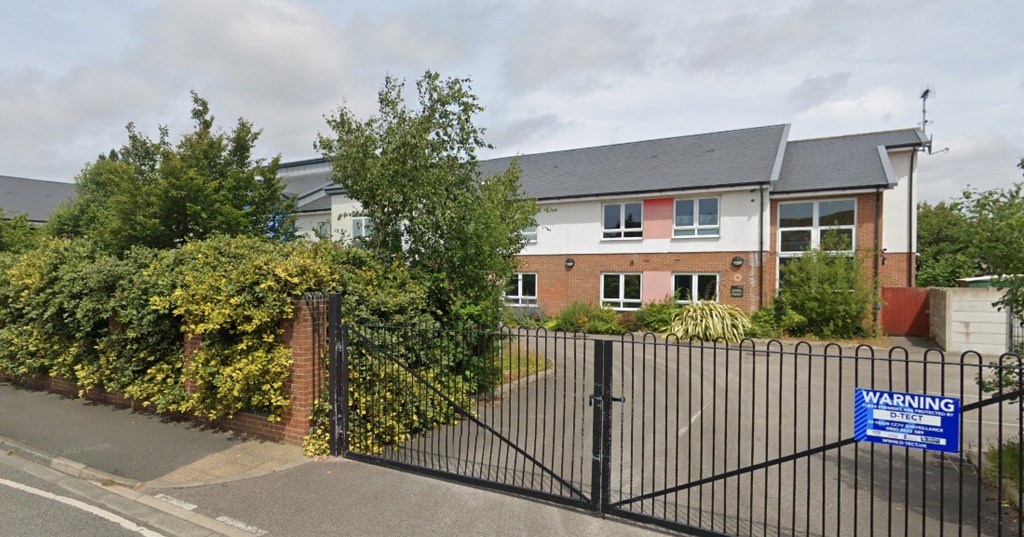 A man who had severe learning difficulties and autism choked to death on his own incontinence pad, an inquest has heard.

The inquest heard he was left alone by his carers, which amounted to gross negligence.

He had been living at the home for nine years and was meant to receive one-to-one care between 8am and 8pm each day.

But it’s claimed he was only given hourly checks during his entire time there.

Matthew would often put inedible objects into his mouth, including his own incontinence pads.

To prevent this, his parents would give him draw-string belts and dress him in a back-to-front onesie. But no such preventions were done at the care home.

Nick Cockrell, representing Matthew’s family, said: ‘There are two potential failures which are capable of amounting to negligence.

There was confusion over the type of care Matthew should have received over a nine-year period (Picture: Google)

‘The first is the absence of any system to prevent Matthew having access to his pad, such as the system used by his parents when he was living with them.

‘The second is that Matthew was left alone, unsupervised at the time he put the fatal pad in his mouth.

‘Matthew was a man with a profound disability which made him incapable of keeping himself safe.

‘He was in many ways more vulnerable than a child because he had a child’s limitations with an adult’s ability to tear bits off his pad and put them in his mouth. It’s a combination of those two things that made him particularly at risk.’

He said the risk to Matthew should have been noticed by the staff, as there had been two ‘near misses’ before.

Mr Cockrell continued: ‘There was a complete misunderstanding between the commissioners and care providers.

‘The commissioners heard Matthew required one-to-one care. They believed that’s what their funding had secured and what Matthew was receiving.

‘Whereas the hours of care that Matthew actually needed and the hours that were funded were two entirely different concepts.

‘Over nine years, many individuals from two commissioning groups and from the care providers have been involved.

‘It’s simply not possible to describe that nine-year history as mere individual negligence.’

To view this video please enable JavaScript, and consider upgrading to a web browser that supports HTML5 video A crane carrying a religious idol at an Indian festival collapsed and killed four people. Large crowds had gathered in the town of Nemili, in the South East of the country about 50 miles west of Chennai, […]

Nicola Bulley’s partner says her disappearance ‘is like a dream’