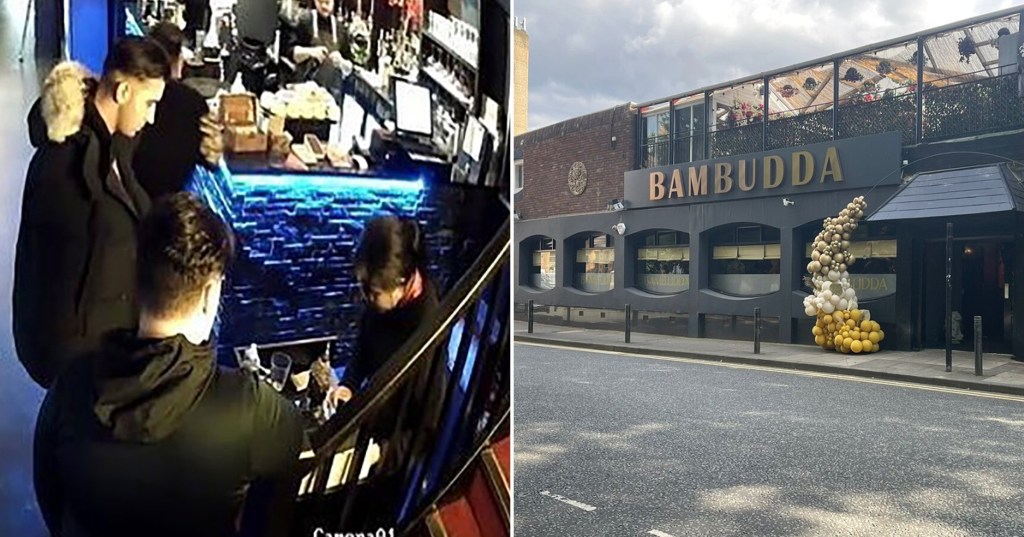 A furious restaurant boss is on the hunt for a greedy duo who scoffed £65 of food and left without paying.

The pair, both men, also made their way through several cocktails.

They had been been eating at an unlimited buffet at Bambudda, an all-you-can-eat Chinese restaurant, on Sunday, January 22.

Staff say they gobbled noodles and spring rolls, racking up a bill of £65, before giving waiters the slip.

The Gladstone Street venue has now hit out at the pair, who they said were ‘acting strangely’ and leaving the restaurant to pay for their experience was ‘not fair’.

‘So we did keep eye on them until the point one guy stood up and went to toilet. After one to two mins, the other guy also walked out and told us he was going to toilet.

‘Unfortunately our toilet is located in front, so they could easily run away after 10 mins.’

Both men were walk-ins so their information was not stored by the restaurant.

Lucy added: ‘Food costs, energy bills are all rising. It is hard time for everyone, specially small businesses like us.

‘We want to share our story to social media to warn another business about those guys, so other shops won’t get the same damage like us. It is not fair.’

The pair’s bill pales in comparison to the loss at a family-run restaurant in North Yorkshire last year, however.

A family of six were caught on camera on October 27 when they left The Sutton Arms in Faceby without paying their £273.40 bill.

Emma Lee, who owns the family-run pub, said the group splurged out on three steaks, three lobsters and more than £70 at the bar.

But when it came time to pay, the table was nowhere to be seen.

They were later seen on CCTV quickly walking away, with some of them breaking into a run.

Your weekly tarot horoscope for January 29 to February 4

Get ready for a new week (Picture: Getty/Metro.co.uk) This week, we move towards Imbolc (February 1-2), the first Wiccan celebration of the year, the beginning of the end of winter, which means spring is in sight. This is a big cosmic, natural, physical shift. Not only in terms of daylight and temperature, but also our […]

To view this video please enable JavaScript, and consider upgrading to a web browser that supports HTML5 video Adele couldn’t contain her emotion as she cried floods of tears after seeing a man in the crowd hold up a picture of his late wife on his phone at her concert. The Easy On Me hitmaker […]