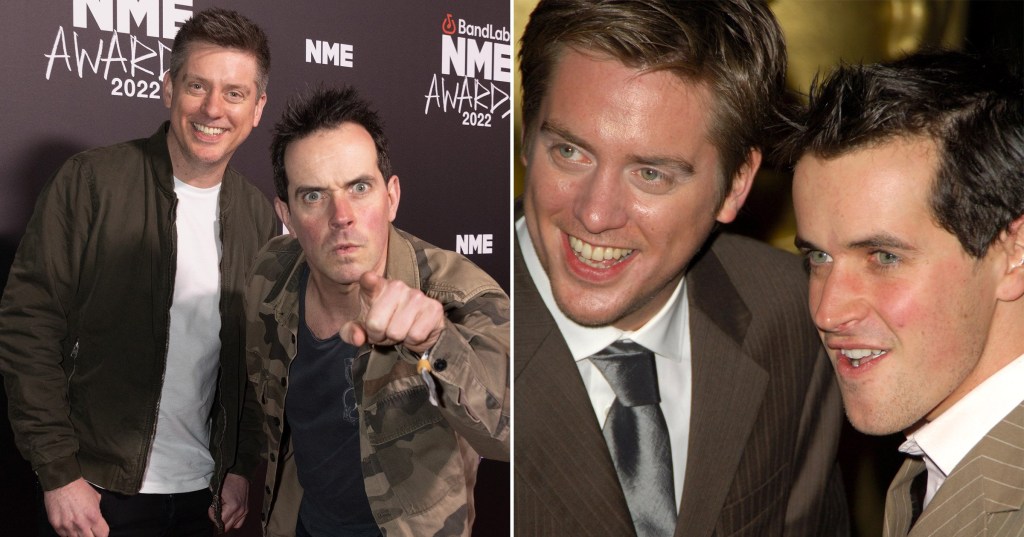 The pair are off on tour later this year (Picture: rex / Getty)

Richard McCourt and Dominic Wood, aka actual legends Dick and Dom, have admitted they’re in favour of plans to make CBBC an online channel, which were announced back in May.

CBBC has been at the core of children’s TV in the UK for 20 years, with the pair’s show Dick N Dom In Da Bungalow one of the most popular to ever grace the channel.

It moved to BBC One after beginning on the digital channel and ran in total for five series between 2002 and 2006.

Now, the duo are gearing up to take the programme on tour across the country as they mark 20 years (can you believe it?), and reflected on the ‘golden era’ of kids’ TV that they were a massive part of to Metro.co.uk.

Dom reminisced about the magical period of children’s television in the early 2000s, sharing: ‘CBBC rebranded as a digital channel, and had the green bug icons, Tracy Beaker, Bamzooki, Raven, all those amazing programmes.

‘It was a golden era of kids’ TV. Prior to that, it wasn’t as good and now it’s kind of very much a fading thing. Kids TV in the way that we’re all talking about it, that’s when it really hit a peak.’

As they get ready to celebrate the huge milestone, the network that made them a household name is preparing to change into something slightly different.

Director General Tim Davie outlined plans to turn CBBC into an online channel by 2025, explaining younger audiences are turning to stream channels such as Netflix and Disney Plus.

Dick said of the news: ‘We put a comment about it on social media. You know, the thing is, these days, kids don’t watch television and it is a true fact. However much we’re all very sad that the TV channel is closing and going online.

‘Children at that age do not put on the television, they watch everything on devices. For CBBC it’s probably a very good thing because they’ll end up getting more viewers doing it that way. Obviously, for us lot that remember the nostalgia that we were just talking about? It feels like a sad moment because it’s our childhood closing you know, and moving on to the future,’ Dick said.

Dom agreed the plans are not ‘a bad thing’ and added: ‘The most important thing is that CBBC continue to as always have that to make great content and if you’ve got good shows, kids will find them.

‘When [In Da Bungalow] started, it had no viewers and it was on a digital channel that hardly anyone watched because it just started. Because it was, I would say good, people found it because they talked about it in the same way that people nowadays.’

CBBC will move to online in 2025 (Picture: by Bethany Clarke/Getty Images)

Polio vaccine: When can babies get it and how long does the immunisation last for children?

Worried about Polio? Here is how to protect your children (Picture: Getty Images) Many Brits may be concerned by the news that polio has been found in London sewage, leading to a national incident. The disease was eradicated in the UK in 2003, with no recorded cases since the 1990s, thanks to vaccines. Though the […]