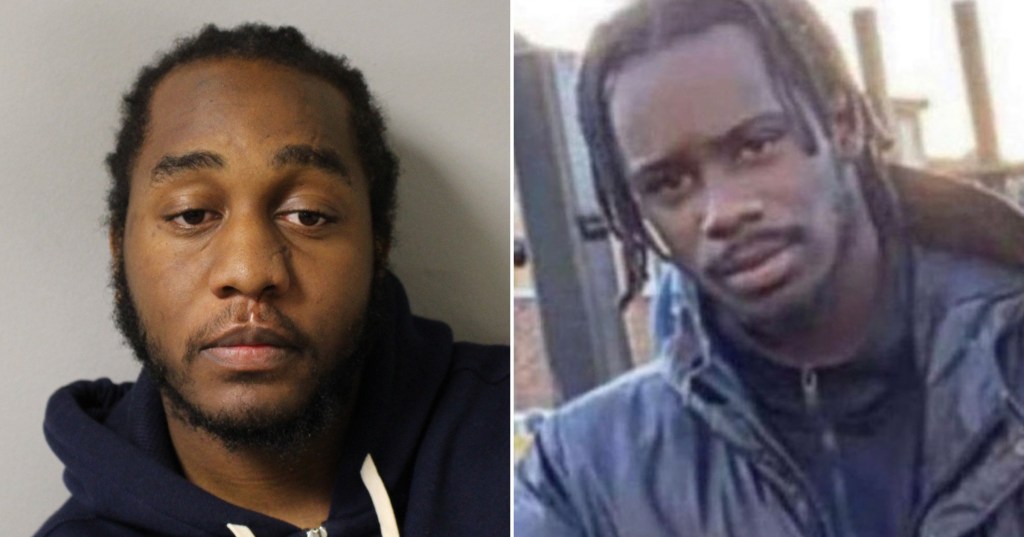 Detectives investigating the ‘barbaric’ murder of a young man in east London have offered a £10,000 reward for information to trace the other suspect.

Michael Fadeyibi, 23, was stabbed to death on Henniker Road in Newham on August 6, 2021.

One man has already been convicted of his murder, but police are still looking for Ryan Igbinovia, 26, in connection with the attack.

He has links to the Stratford area of east London, south-east London and Birmingham.

Speaking on the anniversary of his son’s killing, Charlie Fadeyibi described his family’s ‘immeasurable’ grief as he appealed for the public’s help.

‘On Friday August 6, 2021, my son Michael was cruelly taken away. On that day we lost a beloved son, brother and grandson,’ he said.

‘I don’t think those responsible ever considered the impact to his family when they carried out their barbaric act, when they stabbed and killed our son.’

He added: ‘For (Michael’s) mother to not only lose her son but to witness the upset caused to her daughter, whilst coping with her own grief, is immeasurable.

‘No human being deserves such a horrible death; I can’t imagine how terrified he must have been during his last moments, how he must have fought to his last breath, to stay alive.

‘Two men are responsible for our son’s death and also for stabbing his friend, who fortunately survived.

‘One of those males responsible was found guilty on 4 July but the other male has never been apprehended.

‘One year on I cannot describe how it feels as a father, knowing that one of the men responsible for my son’s death is still freely walking the streets.

‘I appeal to anyone with information to get in contact with and assist police, so that he can be located and brought to trial.’

The Met has said it is offering a reward of up to £10,000 for information leading to the location and arrest of Igbinovia.

Detective Chief Inspector Kelly Allen, from the Met’s Specialist Crime Command, said: ‘I am certain that somebody will know where Igbinovia is hiding.

‘If you have seen him, or know where he is, then I would implore you to please get in touch.

‘If you don’t want to speak to the police, you can provide information anonymously to the independent charity Crimestoppers.’

Mr Fadeyibi was killed after being pursued through the streets in the early hours of the morning.

Emergency services were called to the scene, but nothing could be done to save him.

He will be sentenced at the same court on September 16.

Get in touch with our …read more

Step back in time with a selection of classic years now available to stream (Picture: Lime Pictures) Hollyoaks fans can now take a trip down memory lane and reminisce about days about gone by in deadliest village in the nation, with whole years of the show now available to stream. Consider us excited. The Channel […]

The pair have been spending a lot of time together following Love Island (Picture:FARRELL / BACKGRID) Love Island’s Jacques O’Neill and Antigoni Buxton were seen smiling from ear to ear as they enjoyed a friendly night out in Manchester. They may not have found love in the villa, but it seems like the 26-year-old singer […]

Jay returns to the office days after the Love Island Reunion (Picture: ITV/REX/Shutterstock) Love Island’s Jay Younger is turning his back on a life of red carpets and Pretty Little Thing parties to return to his day job next week. The investment analyst, 28, is heading back to the office first thing in Edinburgh on […]