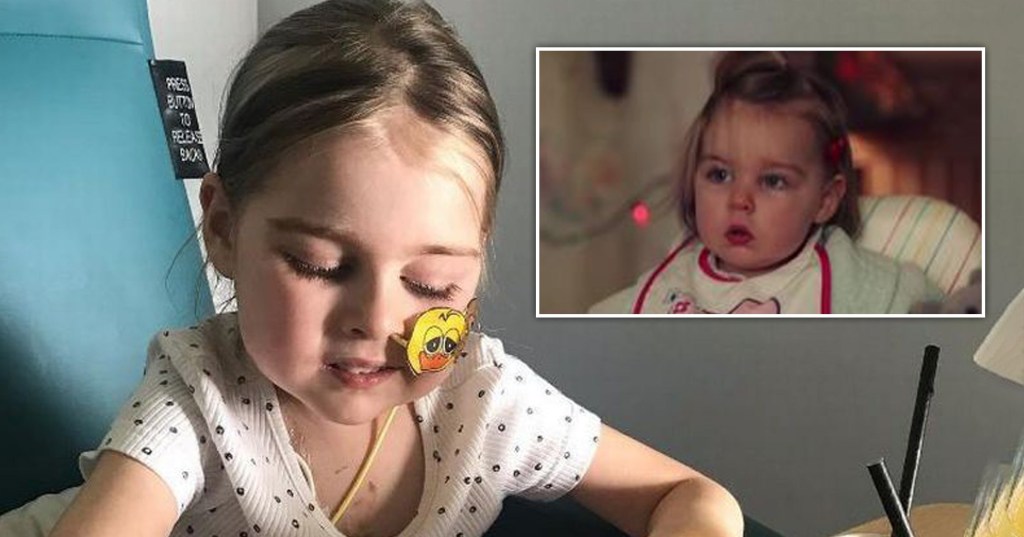 The little girl who played Baby Anna in Derry Girls has been diagnosed with leukaemia.

Four-year-old Zoe Brown, along with her twin Sophie, played the younger sister of main character Erin Quinn in the hit Channel 4 sitcom.

Zoe, who is from Belfast, shared the role in series two and three of the show, which revolved around teenagers growing up in Derry during the Troubles and subsequent peace agreement.

The little girl has now been undergoing gruelling chemotherapy and other treatment after being diagnosed with the cruel disease in May.

Her mother, Leah, told Belfast Live her daughter is ‘still smiling’ despite now being so ill from the treatment she can no longer walk.

Diagnosed just seven weeks ago, Zoe has undergone multiple bone marrow biopsies and lumbar punctures, and has lost her hair, which her mum says is ‘the saddest wee bit for her.’

Zoe is still smiling throughout everything, her mum Leah says (Picture: Supplied)

‘Zoe just had the longest, thickest hair and it was the first thing anyone talked about when they saw her,’ she said.

However, she added that they have met other little girls who have lost their hair at the children’s ward of the hospital who have ‘made her feel better.’

Leah has had to give up work to care for Zoe during her treatment, with her twin sister beginning primary school without her, and Leah says she is ‘overwhelmed by everyone’s help and support.’

A fundraiser has been set up by a family friend to help with the costs and other difficulties as the little girl battles the cancer, with the JustGiving page describing the ‘brutal’ side effects of Zoe’s drugs.

‘It’s a long road ahead so with the help of our community we can all come together and do what we can to help the family,’ the page reads.

The girls appeared in two series of the show as Anna, with creator Lisa McGee describing her as ‘the most wonderful little girl’ (Picture: Channel 4)

It went on to state that an in-person fundraiser will be held in Belfast in July to raise further funds for Zoe and her family ‘to help ease the pain of what they are all going through.’

Set up with an initial £500 goal, the JustGiving page has far surpassed that, currently standing at over £3,500.

It was shared n social media by Derry Girls creator Lisa McGee herself, who told Belfast Live she was ‘so sorry’ the little girl was ill, describing her as ‘the most wonderful little girl’.

Who is Wendy Crozier as she returns to Coronation Street?

Jeremy Clarkson has made fresh demands at Boris Johnson (Picture: Getty/Reuters) Jeremy Clarkson has issued another message to Boris Johnson, this time demanding that farmers shouldn’t have to jump through a million hoops in order to grow food. After the Prime Minister responded to the former Top Gear presenter’s call for the Government to prioritise […]

Ten Hag hoping to lift United out of last season’s malaise (Picture: Getty) Gary Pallister believes a top four finish is ‘open’ for Manchester United next season but says it will once again be down to Manchester City and Liverpool to fight it out for the Premier League title. United finished in sixth place in […]