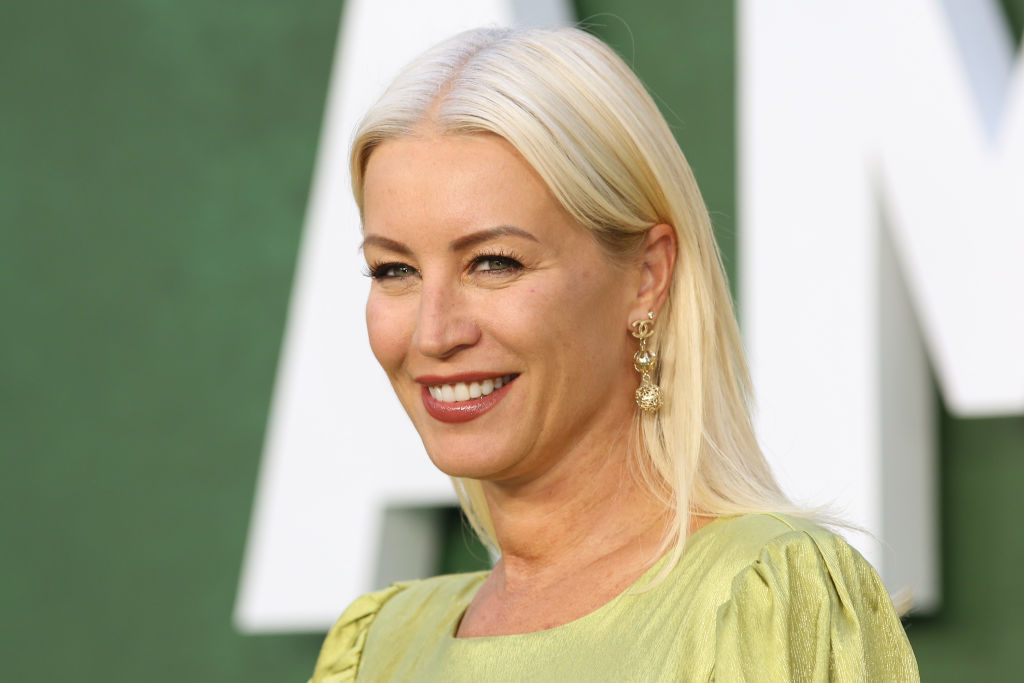 Denise van Outen admits she lied for weeks to keep her job on The Big Breakfast (Picture: Lia Toby/Getty)

Denise van Outen has confessed that she ‘lied every day’ for weeks to land, and then keep, her job on The Big Breakfast.

She left a year before its cancellation by Channel 4 in 2002, and 20 years after her departure she’s admitted she wasn’t always confident on the morning show because she was in th wrong job.

‘When I first went for The Big Breakfast, I thought I was going for the main presenting job, but then I found out I was actually auditioning for the weather girl.’

She continued: ‘I thought, “I’m just going to have to lie my way through this.” So I pretended I had done a meteorological course. And I managed to get through it.’

But, she told The Big Narstie Show, that only created problems further down the line: ‘I got the job, and I was like, “S**t, I don’t know anything about the weather!”

‘I was just flying round in the helicopter like, “If you want to know what the weather is like just look out your window!”‘

However, it seems her decision paid off when she was promoted from reporting on the weather to being one of the show’s main presenters in the late 90s.

During its run from 1992 to 2002, it went through a total of 18 main presenters, including Chris Evans, Zoe Ball, and Keith Chegwin.

It became a cultural staple of the 90s and was most distinctive for being broadcast live from a real house, rather than a traditional TV studio.

The show was revamped and rebooted in 2021, with AJ Odudu, Mo Gilligan, and Judi Love on presenting duties. It briefly continued in 2022.

MORE : Denise Van Outen ‘wouldn’t change’ ex Eddie Boxshall cheating on her: ‘Everything was worth it’

Stormzy has given a nod to Taylor Swift in a new track on his just-released album (Picture: Instagram) Taylor Swift superfan Stormzy has referenced one of the artist’s biggest hits in a track on his new album. The British rapper, 29, has long been a vocal fan of the Wildest Dreams singer, having posted videos […]

Matt Hancock grins after completing his final Bushtucker Trial (Picture: Shutterstock) Matt Hancock has ‘no intention’ of stepping away from politics amid speculation over his future after he finished third on this year’s I’m A Celebrity. A spokesperson for the disgraced former health secretary has denied reports of ‘secret talks’ to launch his showbiz career […]