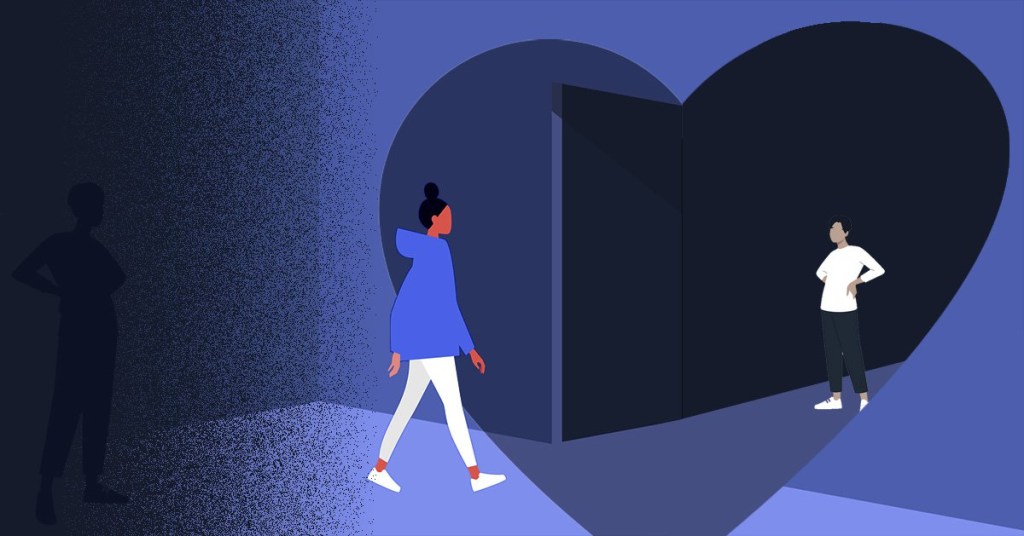 Whether you realise it or not, you might be following a ‘dating script’ (Picture: Getty)

You meet someone – but this time it’s definitely different right? It’s not like the last time – oh no wait, it’s happening again.

Sound familiar? Is your dating life feeling a little bit like Groundhog Day to the point you can almost predict how it’s going to play out?

Well, whether you realise it or not, you might be following a ‘dating script’.

Dating scripts are relationship habits, routines and patterns we find ourselves repeating – even when dating someone new.

It could be that you always go for a certain personality type or that it always ends the same way when you’re about to hit particular relationship milestone – whether it’s making it official or thinking about moving in together.

So if you keep finding your relationships going in the same negative direction, it’s time to assess and address some of these scripts – so you can move into more positive and fulfilling romantic relationships.

Fortunately, Lovehoney has partnered with relationship expert Ness Cooper to reveal exactly how we can break out of these cycles.

If you find your relationships are fizzling in the same way every time, it looks like you could be following a dating script (Picture: Getty)

First things first, what are the sort of dating scripts we might be guilty of following?

Falling for a particular personality type

According to Ness, some individuals may feel a sense of comfort when dating someone who has a similar personality to someone they have dated before.

Ever found yourself dating someone who seems suspiciously similar to your ex?

However, this isn’t always the best move – there’s probably a reason it didn’t work out the first time.

Many couples can get stuck or rush past certain relationship stages such as the honeymoon stage, which can affect how they connect with each other, Ness explains.

It’s easy to bulldoze full steam ahead when you’re enjoying a new relationship but you could be pushing past some of the necessary parts of it.

If you’re noticing that your relationships always come to a halt, or other disruptions happen during a particular stage, it may be that you’ve missed some of your couple’s important developmental stages in the process.

Following script expectations from peers, family, or even from the media

Sometimes we can try too hard to follow dating scripts that are expected of us instead of what feels natural to us, such as falling for the ‘right’ kind of partner based on your family’s standards.

Now that you’re all feeling suitably personally attacked, we have some good news.

Ness predicts that breaking dating scripts will be one of the most prominent dating trends of winter 2022 and into 2023.

Why? According to Ness, more information is being shared about toxic and negative dating habits, allowing individuals …read more

Scottish engineer Brian Glendinning hugged his wife and daughters for the first time in months (PictureL PA) A father of three has tearfully reunited with his family after spending two months in a prison in Iraq. Brian Glendinning, 43, touched down in Edinburgh, Scotland, earlier this morning and was greeted by his loved ones. Glendinning, […]

Who won the first World Cup and where was it held?

The World Cup is steeped in history (Picture: Mohammed Dabbous/Anadolu Agency via Getty Images) The 22nd FIFA World Cup is taking place in Qatar with yet more history set to be made in the illustrious tournament. The greatest national sides in the world will all be looking to get their hands on the iconic trophy […]

Rafael Leao is currently out in Qatar for the World Cup with his Portugal team-mates (Picture: Getty) AC Milan star Rafael Leao has provided an update on his future amid transfer interest from Chelsea and Manchester United. Leao has been one of AC Milan’s most important players over the past four seasons, scoring 34 goals […]