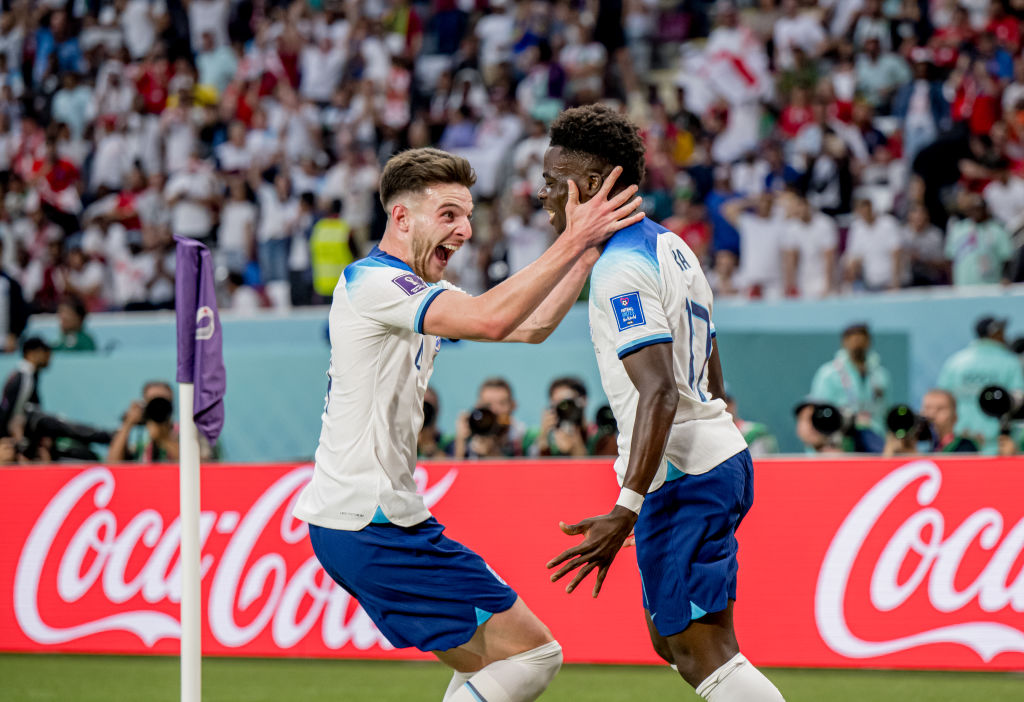 The Gunners went five points clear at the top of the Premier League table with a dramatic late win against the Red Devils.

Saka terrorised Luke Shaw throughout the win and scored a fantastic goal to put the Gunners ahead in the second half.

While Arsenal are understandably focused on winning the title, Mikel Arteta already has one eye on the summer transfer window.

Rice, the West Ham United captain, has been identified as the next building block in Arsenal’s development.

The Gunners have overtaken Chelsea in the running to sign the England international, who has made up his mind on leaving the Hammers at the end of the season.

And the midfielder’s done little to dampen speculation that he’d be open to a move to the Emirates by ‘liking’ Saka’s post after Arsenal’s win against United.

‘We never stopped believing.Thank you for the support Gunners, the energy was unreal. We keep going!’.

Rice, an international team-mate of Saka, was quick to like the post and Gooners spotted the Gunners target had done so.

The midfielder came through Chelsea’s academy before being released at the age of 16.

The Blues failed with a bid to re-sign Rice in 2020 and he’s made no secret of his desire to play in the Champions League.

Gordon Ramsay isn’t the biggest fan of the juggernaut ITV series (Picture: WireImage) Gordon Ramsay has admitted he doesn’t watch Love Island for fear he will see one of his children in the villa. The Next Level Chef host, 56, shares children Tilly, 21, Megan, 24, Holly, 23, Jack, 23, and Oscar, three, with wife […]

To view this video please enable JavaScript, and consider upgrading to a web browser that supports HTML5 video Police rescued a man from an overturned patrol car seconds before it was hit by an oncoming train. Mickal Parker, 29, is accused of stealing the police car while an officer was speaking with a stopped motorist by […]

Sometimes our achievements go unnoticed (Picture: Getty Images/iStockphoto) We all know it’s important to sell yourself in job interviews. Bigging up our skills is not just conventional, but highly recommended in the hiring process, but what if we kept that attitude up day-to-day when we got the job? Experts are saying that making our achievements […]