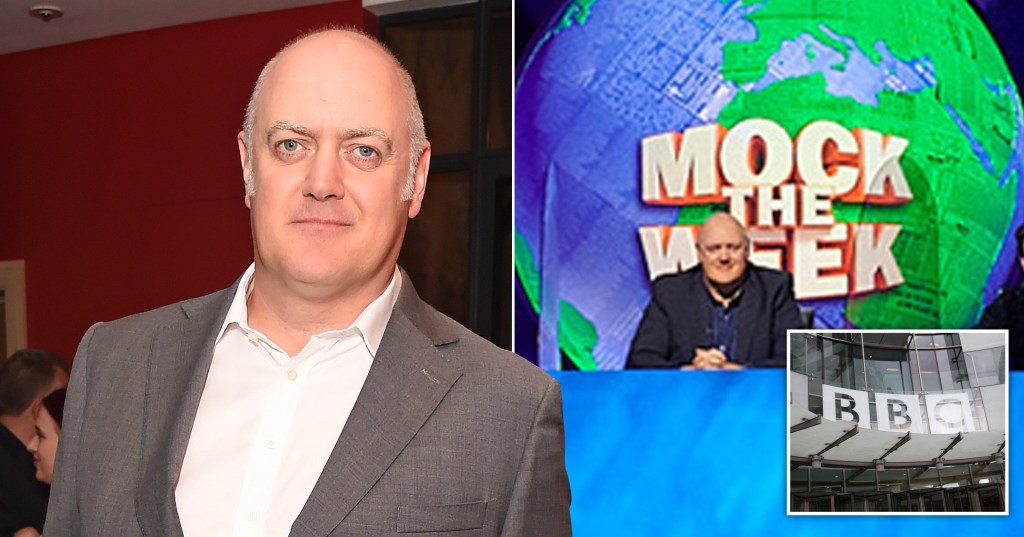 Dara’s concerned the BBC is in danger (Picture: Getty Images/BBC)

Dara Ó Briain has urged viewers to ‘fight’ for the BBC over fears it will become ‘a shell’ of itself despite the corporation axing Mock The Week after nearly two decades.

The Irish comedian helmed more than 200 episodes of the panel show, which became a launch pad for new talent, such as James Acaster and Russell Howard.

The 50-year-old was informed of the cancellation while he was on holiday as Mock The Week’s creator Dan Patterson exclusively revealed to Metro.co.uk, describing the news as ‘absolutely out of the blue.’

Since then, Dara has clearly been reflecting on his impressive 17-year tenure as its presenter, making it clear he does not blame the BBC.

Opening up about why the show was given the chop, he said: ‘It has, in fact, come to an end because the BBC has less money than it used to; and to do something new, something old has to stop.’

In a rallying cry of support for the Line of Duty broadcaster, The Apprentice: You’re Fired! host called for its protection in an op-ed for The Guardian.

Culture minister Nadine Dorries froze the BBC’s licence fee for two years, despite soaring inflation, putting its revenues and ability to compete with the likes of Netflix in a perilous position.

Dara penned: ‘This chipping away will continue, which is why people should fight to protect the BBC before it becomes a shell of what it used to be.

‘We’ve had our go, though; and I hope that whatever arrives next gets anything near 17 years – and leaves behind its own My Enormous Head, Robo-Bongo-Cuckoo-Cop or the P***s-Sausage/Megabus man. Truly, that is our legacy.’

Dara has presented Mock The Week since it debuted in 2005 (Picture: BBC/Angst Productions)

Dara has penned an op-ed for The Guardian (Picture: Redferns)

It’s not the first time this week Dara has shared his thoughts on the comedy show’s blunt end.

He wrote a scathing response to Andrew Neil, who said on Twitter it ‘deserved to be cancelled.’

Referencing the 73-year-old’s short-lived career on GB News, Dara replied: ‘Still, at least I didn’t bail on it after two weeks and f**k off to my house in France, eh Andrew? All the best! X.’

Fans have launched a petition to bring back Mock The Week (Picture: Angst Productions)

Some fans, however, are not ready to let go of Mock The Week and have launched a petition to bring their beloved show back.

Nearly 7,000 devastated viewers had signed the online form at the time of writing, saying the show’s stars ‘deserve to continue for a long time …read more

A dinner that’s oh so easy to rustle up in a flash (Picture: Neha Gandesha) Yet again, you’ve got no clue what to make for dinner. Before you give in and load up a takeaway menu, how about a recipe that’s tasty, comforting, and requires minimal effort to make? My jacket potato broccoli pie ticks […]

The Big Happiness Interview: How to heal your past trauma to have a happier future Sun, sea, and super tasty seafood: Why Agios Nikolaos in Crete is the place to be Tippy the puppy is the last surviving member of her abandoned litter of 11 How to do a better Sunday reset to start your […]