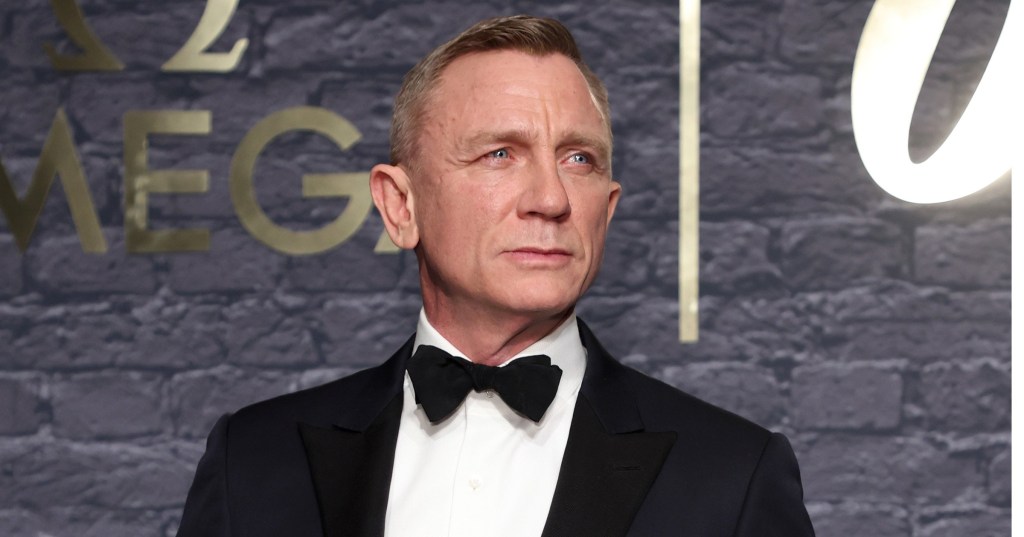 Daniel Craig stepped back into the world of James Bond last night at a swanky party to celebrate the blockbuster franchise’s 60th anniversary.

The black tie event was hosted at Wardens Grove in London on Wednesday to mark the release of the first Bond movie, Dr No, in 1962.

Despite leaving the franchise last year when he made his last appearance as 007 in No Time To Die, Daniel, 54, was more than happy to dust off his tuxedo and celebrate the film series that propelled his stardom.

The Knives Out actor looked dapper in his black suit and bowtie and appeared to attend solo with wife Rachel Weisz nowhere to be seen.

Later in the evening, Daniel delivered a speech and was also interviewed by Clara Amfo alongside Raynald Aeschlimann, president of watch brand Omega which hosted the event.

The actor got suited and booted in a tux for the swanky event (Picture: Rex Features)

Clara Amfo did the honours of hosting the red carpet (Picture: Rex Features)

Will Poulter looked dapper as he mingled with the stars (Picture: Rex Features)

Once inside the plush party, she sat next to We’re The Millers actor Will Poulter and the two looked to be getting on great as they smiled while posing together for photos.

Normal People star Daisy Edgar-Jones kept it sophisticated in a tailored number, wearing a blazer-style black crop top with a simple skirt featuring a side split. She was later pictured hanging out with The Morning Show star Gugu Mbatha-Raw, stunning in a silver satin gown, as the two mingled with the stars inside the bash.

No doubt the night brought back a flood of memories for Daniel, who is the longest-serving Bond actor in history after 16 years and five instalments. The hunt is now on to find his replacement as Bond producers eye up the next actor who could take on the iconic role for at least the next decade.

With his Bond era well and truly behind him, Daniel has been easing up in recent months, next to star in the sequel to crime comedy Knives Out: Glass Onion, while he also showed off his flamboyant dancing in a new advert for alcohol brand Belvedere.

MORE : Cardi B sees herself ‘eating biscuits’ with Princess Margaret as she fangirls …read more

Stephanie doesn’t have fond memories of Strictly (Picture: Getty Images) Stephanie Beacham has some very strong words about her Strictly Come Dancing stint, describing it as ‘absolutely hateful.’ The Dynasty actor took part in the BBC’s juggernaut series in 2007, where she was paired up with professional dancer Vincent Simone. The Coronation Street star was […]

it’s time for a new chapter! (Picture: Aaron Parfitt/Backgri) Love Island winner Davide Sanclimenti has been seen moving out of his flat, which can only mean one thing – he’s preparing to set up home with Ekin-Su Cülcüloğlu! The couple won the hearts of the nation this summer on the ITV2 dating show, going on […]