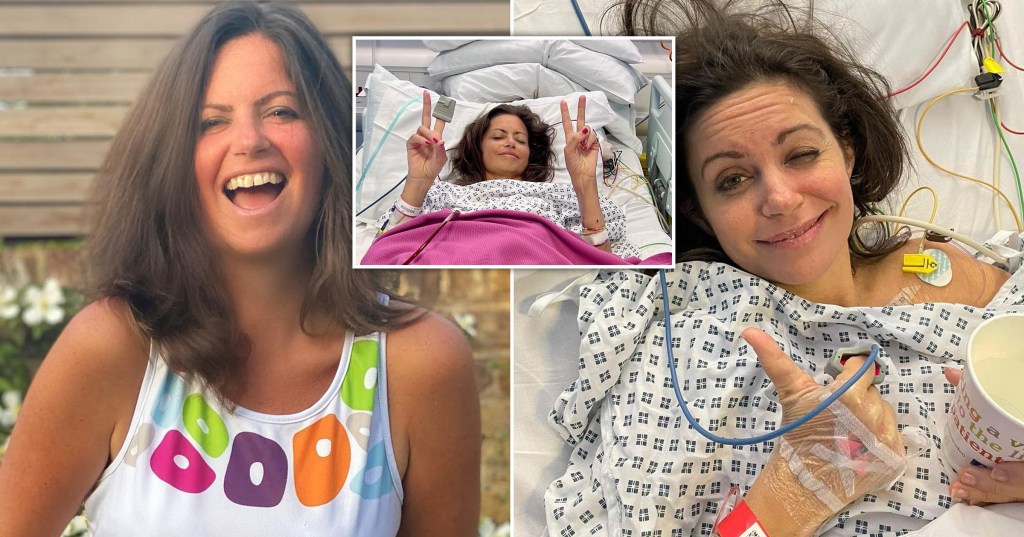 Dame Deborah has made incredible achievements in the space of a week (Pictures: Instagram / Deborah James)

Dame Deborah James has hit another milestone with her Bowelbabe Fund, with donations soaring to an eye-watering £6million.

The You, Me & The Big C podcast host has admirably raised money towards cancer charities after announcing that her own bowel cancer was now terminal. She is now receiving end-of-life hospice care at home due to her cancer treatment being stopped last week.

It has since been a whirlwind few days for the 40-year-old author, who has bravely shared her devastating ordeal with the public, while also receiving a Damehood from Prince William personally, after the Duke of Cambridge paid a visit to her parents’ home in Surrey where she has chosen to die surrounded by loved ones.

Now in another development, The Bowelbabe Fund had reached £6m donations as of Sunday morning. An initial target was set at £250,000.

Dame Deborah has not reacted to the latest achievement but she wrote in an Instagram post on Saturday: ‘I believe I may have had the most surreal, mind blowing, humbling 5 days of my life.

‘I cannot thank you for your generosity at launching the @bowelbabefund which now stands at £5.7 million, and to the @dukeandduchessofcambridge for going above and beyond to make a very special memory happen yesterday.

Dame Deborah, who was diagnosed with bowel cancer in 2016, is receiving hospice care at home (Picture: Rex Features)

She continued: ‘My family are being amazing and as emotional as it all is, we are finding so much to smile about in the sadness.

‘I may be getting weaker and more tired each tired having run off pure adrenaline, but my word, I always said I wanted to slide in sideways when my time is up, with a massive smile, no regrets and a big glass of champagne! Still my intention!!!’

Dame Deborah is married to banker Sebastien Bowen and is mother to two children, Hugo, 14, and Eloise, 12.

In her final interviews, she expressed her wishes for Sebastien to move on and find love after her death, and revealed she has created memory boxes of messages and gifts for her children’s future milestones, such as getting married and big birthdays.

The BBC podcaster was diagnosed with stage four bowel cancer in 2016 and has had at least 17 operations to remove surgeries. Dame Deborah’s supporters have closely followed her journey for the past five years, notably through her You, Me & The Big C podcast which she began …read more

Bråthen has pleaded guilty to the attack (Picture: AP) Footage of the chilling moment a man entered a Norwegian supermarket armed with a bow and arrow and started firing at people has been released. Espen Andersen Bråthen went on trial yesterday for the murder of five people and attempted murder of 11 more on October […]

The actor doesn’t seem fazed by the leak but highlighted the importance of consent (Picture: Axelle/Bauer-Griffin/FilmMagic) Jesse Williams has spoken out on the leak of his nude scene in his Broadway show, saying he’s ‘not down about it’ after videos and photos went viral on social media. However, the Grey’s Anatomy actor has stressed the […]

Michael and Luisana were a barrel of laughs at the BBMAs (Picture: Getty Images, AFP) Michael Buble and wife Luisana Lopilato were positively beaming on the Billboard Music Awards red carpet.  The married couple, who are expecting their fourth child, dazzled at the star-studded awards ceremony on Sunday, where Michael was doing the honours of […]