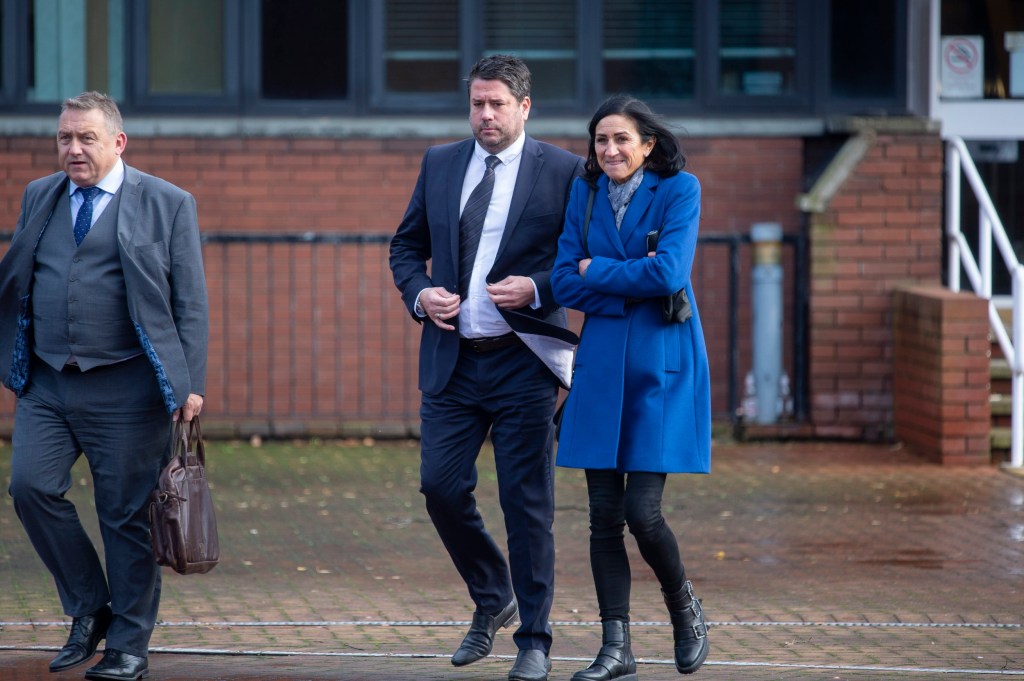 A businessman found drunk at the wheel of his Tesla has been spared a driving ban after insisting he was only swigging whisky in the car to avoid bumping into his estranged wife at home.

Simon Hayes, 50, blew nearly three times the limit when police turned up to a car park around a mile from his £500,000 property in Wilmslow, Cheshire, after reports he was asleep in the driver’s seat.

He pleaded guilty to being drunk in charge of a motor vehicle at Crewe Magistrates’ Court, where JPs decided to impose 10 penalty points instead of a disqualification.

The court heard the dad-of-four was embroiled in a bitter marriage break-up and had spent the previous day clearing out the family home with his wife and distraught children.

On the day of the offence, September 23 this year, police were tipped off to a motorist slumped behind the wheel of a black Tesla Model Y.

Tanya Berridge-Burley, prosecuting, said the driver appeared to be asleep behind the wheel and the door was locked.

She added: ‘It was necessary to bang hard on the window to rouse the male. He appeared to be very disorientated.

‘He wound the window down and officers could immediately smell intoxicants. His eyes were glazed, his speech was slurred. There was an unopened pack of beer on the passenger’s seat.’

After he was guided to the nearby police car, one of the officers went back to the Tesla to fetch Hayes’s phone and found an opened bottle of Haig whiskey in the central console.

Hayes was spared a road ban after arguing he had been drinking whisky inside his luxury car out of fear of bumping into his estranged wife at home (Picture: Simon Hayes/Cavendish Press)

Defending, Paul Hodgkinson said: ‘I do accept that the scenario in which he was arrested does not make good listening, but he is going through a very difficult divorce, not one of his choosing if I can put it in those terms.’

He added: ‘This offence happened at 10.30am on a Monday. It’s important that you know what happened on the Sunday.’

The solicitor told the magistrates that Hayes ‘had gone through a very painful day clearing out belongings from the family home’ where they had lived ‘for a significant time’.

Mr Hodgkinson went on: ‘The children were incredibly upset, not just with the upheaval of marriage breakdown but losing the family home where they had grown up.

‘On the Monday he was going about his duties when one of his children was refusing to go to school because of what happened the day before.

‘There was a report of him being slumped over in the car, but that was in his own car park at work as he had a breakdown.

Hayes admitted being drunk in charge of a motor vehicle (Picture: Cavendish Press)

‘Usually, he is hardworking and industrious, but he said, …read more

The Portuguese star could become football’s highest-paid player (Picture: Getty) Cristiano Ronaldo has been offered a lucrative three-year contract with Saudi Arabian club Al Nassr which would see him become the highest-paid player in football history, according to reports. The Portuguese superstar is currently a free agent after his contract with Manchester United was terminated […]