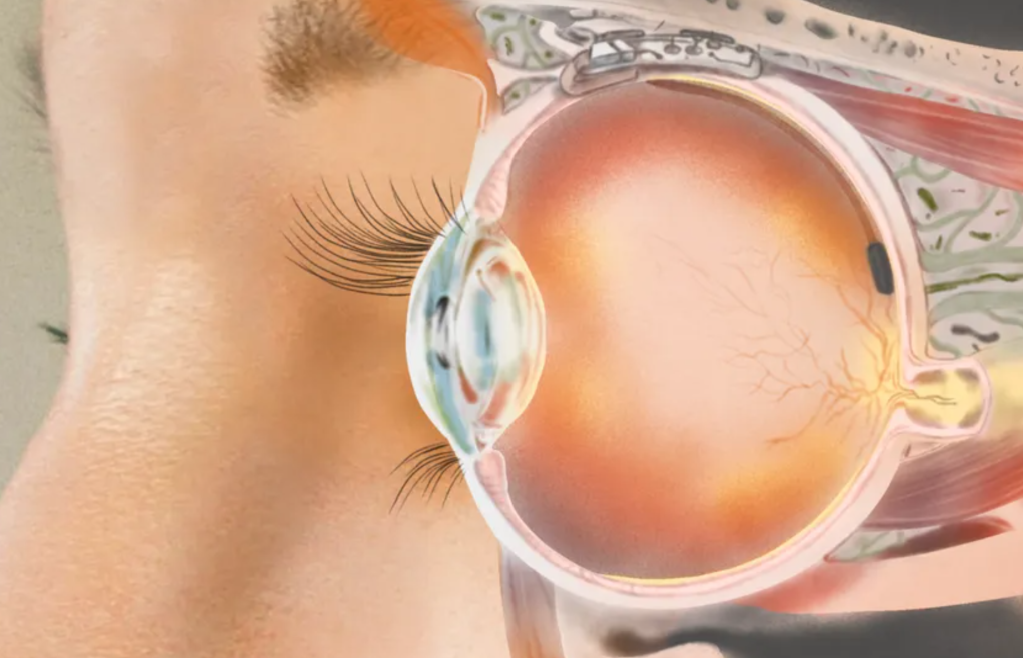 The Science Eye implant could be the future of bionic sight (Credit: Science Corp)

The co-founder of Neuralink has revealed plans for an eye implant that could one day provide a cure for blindness.

Called the ‘Science Eye’, it plans to tackle to distinct types of blindess for which there is currently no cure: retinitis pigmentosa (RP) and dry age-related macular degeneration (AMD).

As you’d expect from someone who worked with Elon Musk to build a brain-computer interface company, the Science Eye is suitably sci-fi.

It will work by stimulating the optic nerve with an implanted, flexible ultradense microLED display panel inserted directly over the retina. The company will then employ gene therapy to act as a go-between and link the two.

Eventually, the Science Eye could work as a brain-computer interface itself and bestow cyborg-style benefits to wearers.

This could include removing the need for glasses or even serving as a virtual reality device instead of a clunky headset.

Max Hodak, the former Neuralink president, is behind the technology and says his startup Science Corp has already raised $160 million (£132 million) to commercialise the tech.

we started with a high-level intuition that accessing the cranial nerves, rather than placing electrodes into the bulk tissue of the brain, could lead to some interesting and important products. this quickly led us to zero in on the optic nerve, aka cranial nerve 2

Hodak’s company is going down a different route than Neuralink, which drills holes in a patient’s skull to insert electrodes into the brain. Instead, Science Corp wants to use photoreceptors to pass information through the optic nerve and into the brain.

And while the company says it will initially start work on animals, it hopes to get the implant into human patients in the not-too-distant future.

‘This is something we think will improve as we learn more – much of this neuroscience is difficult to do in animals – but even so, we hope to restore significant independence to even our (future) early patients,’ the company said.

‘Our primary focus is on demonstrating sufficient safety data in animals so that we can begin a fist in-human clinical study, which is the first step towards an eventual commercial product.’

MORE : Inside Brad Pitt’s years-long struggle with face blindness, a condition that nobody believes he has

Coronation Street has been hit with 139 Ofcom complaints in relation to scenes of racist violence. The show has a hard-hitting and controversial storyline focusing on the grooming of teenager Max Turner (Paddy Bever) into a far right extremism group. One particular scene last week has attracted particular backlash. The episode saw young refugee Daryan […]