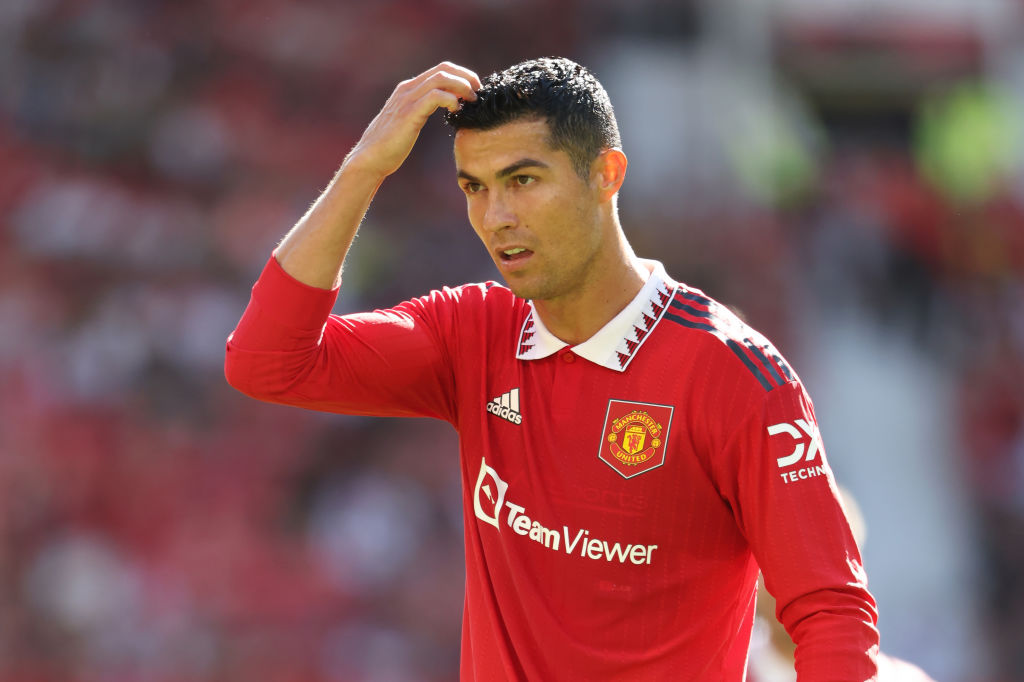 Cristiano Ronaldo has told Erik ten Hag that he is ready to play a role in Manchester United’s Premier League opener against Brighton on Sunday.

The 37-year-old has been pushing to leave Old Trafford all summer but despite his agent, Jorge Mendes, holding talks with several clubs including Chelsea, Bayern Munich and Barcelona, there have been no takers.

Ronaldo missed the majority of United’s pre-season campaign due to family reasons and spent a lot of the summer training on his own in Portugal.

He returned last week to resume training with his teammates and played 45 minutes in United’s final pre-season friendly against Rayo Vallecano last Sunday.

However, Erik ten Hag was unhappy with Ronaldo’s conduct as he was among the players who left Old Trafford before the final whistle. Ten Hag called this ‘unacceptable’ but insisted during his press conference on Friday that it was unfair to single out Ronaldo over the incident.

Ronaldo is available for selection this weekend and the Daily Mirror report that the 37-year-old has been ‘flying’ in training, according to sources at the Carrington.

The report also claims that Ronaldo has made it clear to Ten Hag that he is fit enough to feature against Brighton on Sunday.

In an Instagram post on Saturday evening, Ronaldo also signalled to supporters that he is willing to play for United as he posted a picture from last weekend’s friendly against Rayo Vallecano with the caption ‘ready’.

Ten Hag already faces a selection dilemma ahead of his first official game for United as he is without Anthony Martial to lead his attack.

The French forward is sidelined with a hamstring injury, which means Marcus Rashford could deputise through the middle, or Ronaldo could start despite his lack of minutes during pre-season.

When asked if he content with Ronaldo being at United, Ten Hag said: ‘I’m really happy, I told you before.

‘We have a top striker, really happy he’s here with the squad and we stick to the plan.

‘I’m satisfied with the whole team, we’re working good [with a] good culture and Cristiano is working really tough and hard.’

Lee Ryan spoke out about the incident for the first time (Picture: John Phillips/Getty Images) Lee Ryan has apologised to fans and his bandmates after being ‘arrested for disruptive behaviour’ while on a recent flight.  The Blue singer, 39, had been photographed being arrested at London City Airport at the end of July after becoming […]

The country may have hit fever pitch when the Lionesses brought football home… but what happens next?

The Lionesses used every opportunity to drive attention towards its legacy, culminating in their historic 2-1 win against Germany (Picture: Naomi Baker/Getty Images) “We see this as only the beginning.” An open letter from our As the final whistle echoed around Wembley Stadium last Sunday alongside the jubilant roar of the crowd, it signalled a […]