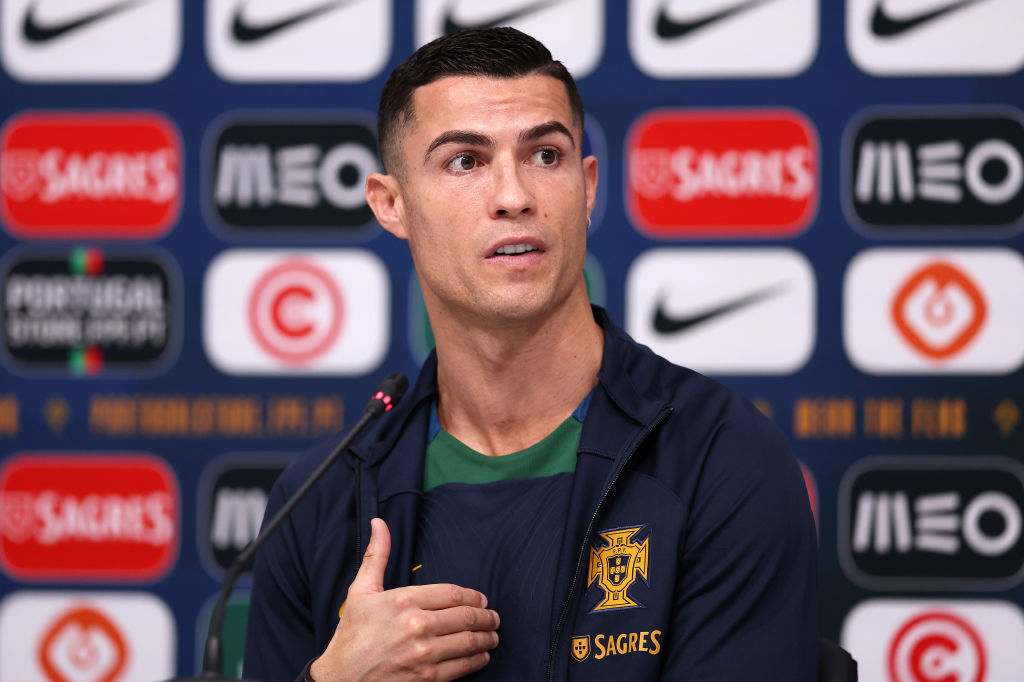 Cristiano Ronaldo is expected to receive a huge offer from a Saudi Arabian side with a number of Premier League sides passing on interest.

The 37-year-old striker was officially released by Manchester United on Tuesday after his contract was terminated by mutual consent.

It leaves him free to join a new club on a free transfer but as was the case during the summer, options could be limited.

Newcastle United and Chelsea currently have no plans to sign the Portugal international with Bayern Munich also distancing themselves from a move.

Ronaldo is likely to get an offer to play in Saudi Arabia’s Pro League having already been sounded out by Al-Hilal last summer, the Telegraph report.

In the summer, CNN Portugal revealed an incredible offer from a then-unnamed club in Saudi Arabia who were prepared to make the five-time Ballon d’Or winner the highest-paid player in football history.

The proposal would have seen Ronaldo pocket €350million over two seasons.

That is roughly five times what he currently earns at Old Trafford, while United would also receive £25m as part of the deal.

‘But what the press kept saying, the garbage, is that nobody wants me, which is completely wrong.

‘And I was happy here to be honest, I was motivated to do a great season here. But they continue to repeat that nobody wants Cristiano. How they don’t want a player who scored 32 goals last year, with national team?’

Interest remains in the Middle East where Ronaldo could also be used as the face of Saudi Arabia’s bid to host the World Cup in 2023.

Saudi Arabia, Egypt and Greece are planning to proceed with a bid to host the competition in eight years and the Real Madrid could have a key role to play in front the bid, according to the report.

ESPN report that Newcastle have no interest in bringing Ronaldo to Tyneside while recent reports also suggest Chelsea are unlikely to make a move with Graham Potter ‘unenthused’ over the prospect of him joining the club.

Ronaldo’s current focus is on the World Cup with Portugal getting their campaign off and running against Ghana this afternoon.

I struggle to live off just £40.85 a week as an asylum seeker in the UK

Iranian women hold up scissors gesture in defiance of regime before England clash UK’s nuclear test veterans will finally be given medals after 70 years Death of soldier shot during night time exercise was an accident, inquest rules ‘World’s oldest primary school pupil’ dies aged 99 I truly have no idea when I’ll have a […]

Vicky Pattison shows off her ‘cellulite, tummy rolls and absolutely no lips’ in honest post comparing reality and glam