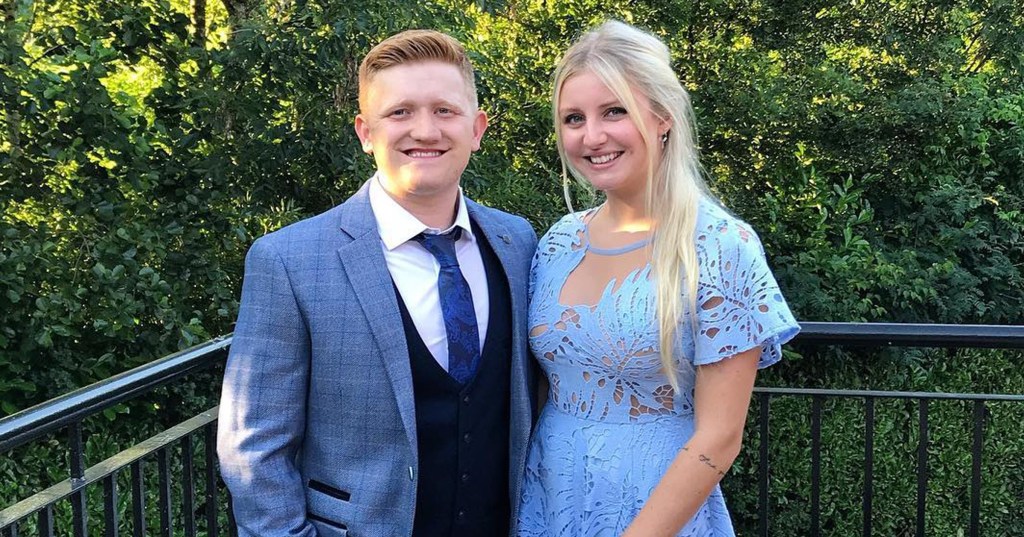 Soaps star Sam, who plays Chesney in the ITV favourite, and yoga instructor Briony are now the happy parents of two children.

The couple announced last year they were expecting their second child, with the new baby joining 20-month-old son Sonny.

It has now been revealed that the husband and wife have recently welcomed a baby girl to their young family.

The overjoyed parents announced the news to OK! magazine, who shared the announcement on Wednesday.

They told the publication: ‘Our beautiful girl has arrived.’

Sam and Briony also shared a glimpse at their baby daughter, with a picture sent to the publication showing the newborn in a sweet pink baby-gro bearing the words ‘Little Sister’.

While the photo doesn’t show her face, the newborn’s tiny hand rests near a cartoon rabbit on the outfit.

The parents-of-two also have not yet shared their baby girl’s name, but for now they’re likely busy settling into life with a toddler and a newborn – which is fair enough.

Sam and Briony announced in October that they were expecting again, with Sam sharing a sweet post on social media showing then-14-month-old Sonny standing in front of four pumpkins.

The toddler was holding a sign reading: ‘We’re adding another pumpkin to our patch! Due Spring 2022.’

Sam and Briony welcomed their first child, Sonny James Aston, in August 2020, with the pair making the happy announcement on Instagram.

Suzy and Holly’s drug past exposed in Emmerdale – was she involved in her death?

At the time, Sam shared a photo alongside Briony, who was holding the baby as Sam kissed the head of his son.

He simply wrote alongside the pic: ‘Welcome to the world little man. Our little ray of sunshine.’

Mike Hagerty died at the age of 67 (Picture: WireImage) Mike Hagerty’s cause of death has been revealed as an adverse reaction to antibiotics, it has been claimed. The Friends actor’s loved ones confirmed the news of his death last week, at the age of 67. Insiders have now claimed that star, who most notably […]

London Underground workers will reportedly go on strike on the Queen’s Platinum Jubilee Weekend in a blow to thousands celebrating in the capital. Staff in the RMT Union have threatened to walk out of Euston and Green Park stations on June 3 after allegedly ‘suffering years of bullying from a manager’. This is a breaking […]

Top Gun Maverick producer admits they questioned if film was possible ‘every day, every minute’: ‘We never took it for granted’

Maverick is back where he belongs (Picture: Paramount Pictures) One of the producers of Top Gun: Maverick has opened up about the challenges the creators faced when embarking on the huge challenge of creating the film. Creating any blockbuster is no walk in the park… but going about producing a sequel to one of the […]