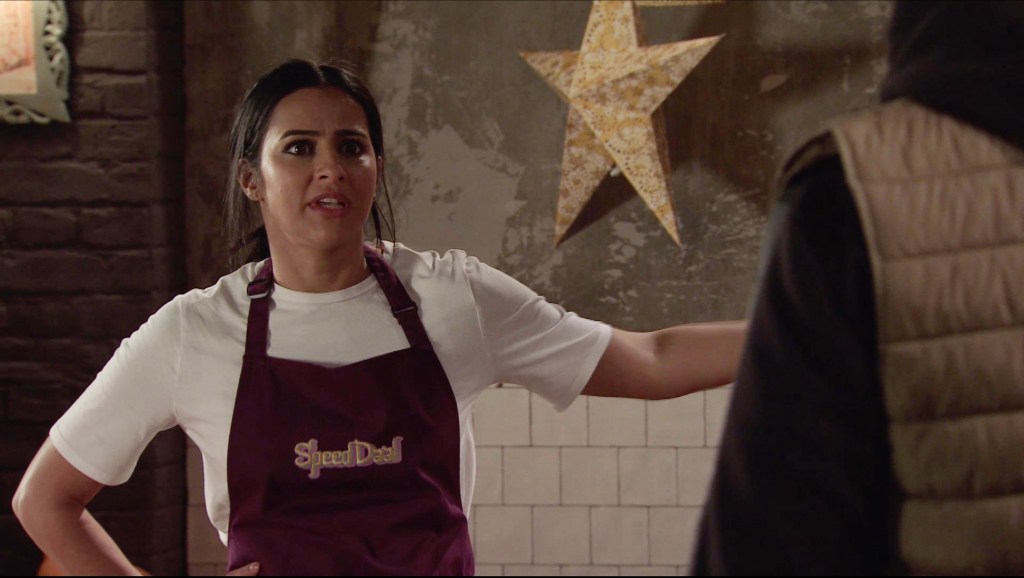 What’s ahead for Alya? (Picture: ITV)

After the fire at the restaurant, Hashim – once again – threatened Alya and Zeedan over the money.

But when he collapsed, Alya, Ryan (Ryan Prescott) and Zeedan delayed calling an ambulance, leading to Hashim’s death.

As Alya continues to rebuild her relationship with Yasmeen, Sair has been speaking about what’s ahead for her character.

‘Well my dream storyline, actually, I think it might just be about to happen! I had a chat with the producer last week and we’re taking things in a really different direction’, she told Daily Star.

‘Something really unexpected happens and it changes Alya’s perspective on everything, so it’s a future that wasn’t expected but I’m really excited about it.’

‘The great thing about our producer Iain [MacLeod] and wife Verity [assistant producer] is they love to speak to you about your character, they love hearing your ideas.’

Quite a transformation (Picture: mediadrumimages/@madaboutcushion) A couple has shared how they turned to DIY to take their minds off a shock cancer diagnosis – and built a swish outdoor kitchen for just £1,500. Shaz and Martin Cooper, both 43 and from West Sussex, met at university when Shaz relocated to the UK from Malaysia. The […]