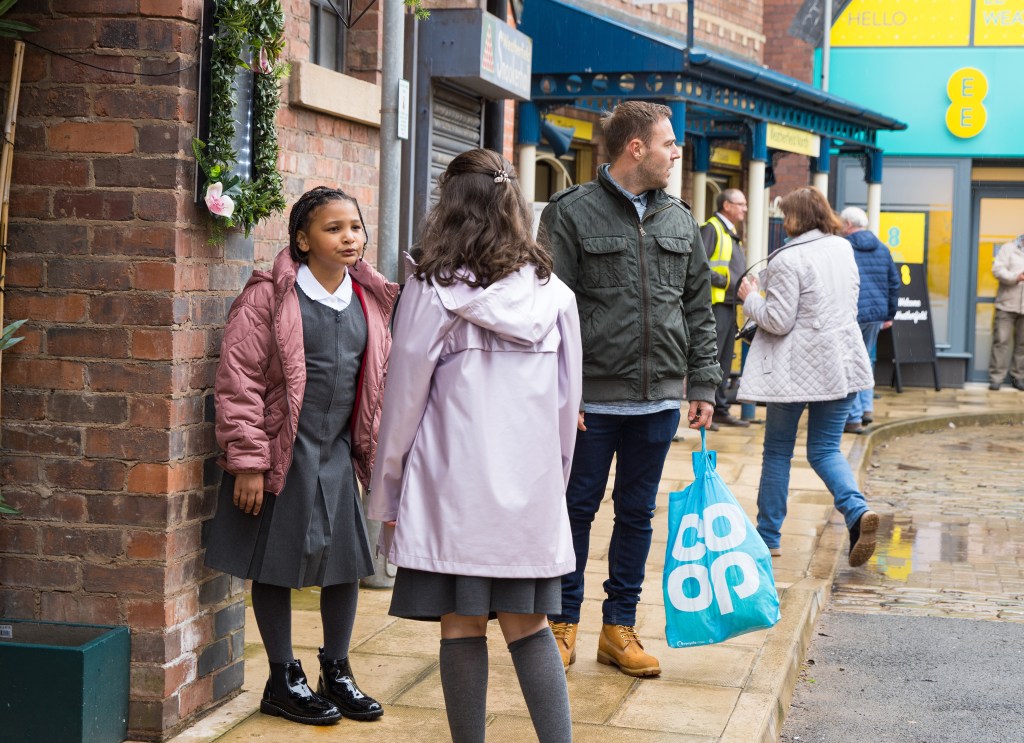 The problem is, Phill is almost too nice for a Coronation Street character, which has left many convinced he’s keeping a dangerous secret set to leave Fiz heartbroken.

Coming up, the week begins with a focus on Fiz, who’s thrown by the fact Phill’s mate was the solicitor from her trial a few years ago.

Fiz confides in Tyrone (Alan Halsall), telling him she’s never told Phill about her crazy ex-husband in case he ran a mile.

The next day, Fiz’s past with John Stape continues to haunt her as Michael (Ryan Russell) discovers her connection to the serial killer.

Ben horrified as he brutally attacks Peter in EastEnders

As the week draws to a close, Tyrone spots Phill in Victoria Garden handing a bloke a large envelope.

Tyrone is intrigued, fully aware Phill is meant to be in Leeds.

What’s going on here then?

Is Phill hiding something?

Or is there – another – innocent explanation to his secretive behaviour?

Sebbie Hall has raised over £40,000 for charity (Picture: PA) A teenager has been given a special Tesco Jubilee gift card as a thank you for being a ‘royally good’ person. Sebbie Hall, 19, from Staffordshire, has learning and physical difficulties, and began raising money for charity during the coronavirus pandemic. He has now been […]

Amelia makes a dangerous purchase (Picture: ITV) Amelia Spencer (Daisy Campbell) continues to extensively use her social media platforms in upcoming Emmerdale episodes, keen to get plenty of likes on her latest posts. In a recent episode, Amelia was fascinated by the fact a social media influencer she was following bagged a deal with a […]

This Is Us: Transracial adoptees praise Randall’s storyline for ‘helping me feel validated’ as show ends: ‘My story is seen’

Randall’s storyline as a transracial adoptee has helped others feel ‘seen’ (Pictures: Getty/NBC) As This Is Us comes to an end, fans have their tissues ready for what is bound to be an emotional finale, after six series of moving storylines and following the ins and outs of the Pearson family. Throughout the programme, a […]