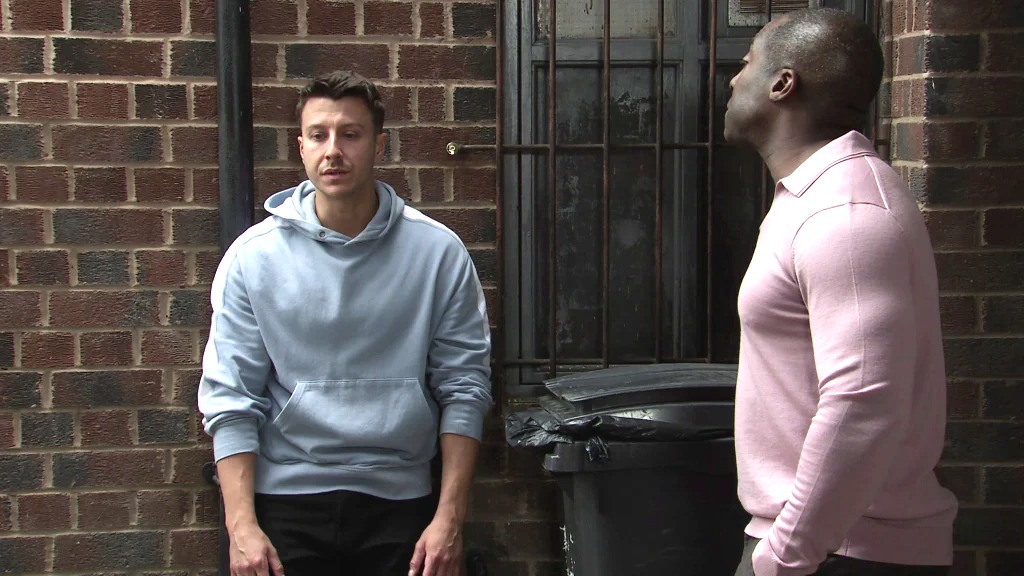 Ryan has got himself in a serious mess (Picture: ITV)

Following Ryan (Ryan Prescott)’s botched attempt to stage a robbery at the Bistro in Coronation Street, he found himself under arrest when CCTV showed clearly that he was the culprit. Following this, he found himself alone and friendless when his former friends in the Street refused to speak to him and Jenny (Sally Ann Matthews) threw him out.

He’s charged and instructed to attend the magistrates court the next day and it seems that he’ll be heading straight for prison as the CCTV evidence is fairly conclusive.

Ryan Prescott told us how Ryan is feeling at this point. ‘To him no one has got hurt, it’s a victimless crime,’ he says. ‘He doesn’t want to hurt anyone, it’s just an insurance claim. I think he’s very calm in the beginning but as soon as it backfires and the police start asking questions he immediately regrets what he’s done.’

What’s in store for today? Your horoscope for Saturday August 6, 2022

He says the most important thing for Ryan is to hang on to the dream of getting the cash to move to a better life in Ibiza. ‘He needs to keep that option open as this one closes because within days the whole street seems to know and turns against him. He’s walking around carrying a lot of shame so for him to continue he at least needs to have an option, and as long as Debbie (Sue Devaney)’s out there trying to sort the insurance claim then there’s still an option for him to leave.’

In a desperate bid to get himself out of trouble and keep the option of the money open for him, Ryan comes up with a cunning plan. He suggests to Debbie that they could fake some more CCTV footage of a masked gunman forcing him to rob the Bistro.

Will she agree? And if she does, what could possibly go wrong?

Dermal fillers: How to stay safe and when to avoid altogether

MPs say fillers should be regulated and available on prescription only (Picture:Getty) MPs are calling for dermal fillers – like lip and cheek fillers – to be regulated and offered on a prescription-only basis. Debate around regulation stems from the widespread availability of dermal fillers, in what’s been referred to as a ‘cowboy’ industry by […]

Darwin Nunez helped Liverpool rescue a point at Fulham (Getty) Jurgen Klopp has praised Darwin Nunez’s performance following Liverpool’s 2-2 draw with Fulham on Saturday. Liverpool went behind on two occasions at Craven Cottage following goals from Aleksandar Mitrovic but Nunez and Mohamed Salah ensured that Klopp’s side escaped with a point. Nunez, an £85 […]

Liam Halewood, 36, is urging JustEat users to double check their bank accounts (Picture: Liam Halewood/Liverpool Echo) An entertainer is warning JustEat customers after being charged £249 delivery for an £11 order from Greggs. Boy George impersonator Liam Halewood suspected a ‘glitch’ in the system when he received the eye-watering bill. He’s now urging people […]