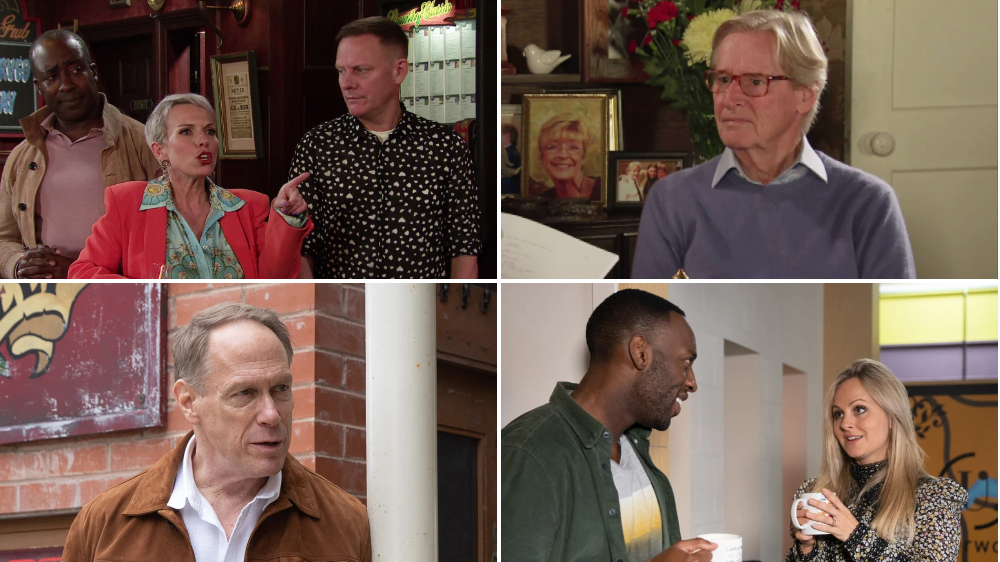 Deceit and lies on the cobbles this week (Picture: ITV)

There’s terror and tragedy ahead next week in Coronation Street – as teen Summer Spellman (Harriet Bibby) gets the worst possible news.

Rocked by the loss of her baby and she soon has another decision to make, will she reveal the truth about what has happened to Mike and Esther?

Meanwhile, Stephen Reid (Todd Boyce) is having a terrible week. Having taken a job he feels humiliated by, he is then injured in a bike crash.

He is also targeting his own mum Audrey Roberts (Sue Nicholls) – is he really going to go through with drugging her?

Here, we reveal the full episode guide for next week’s Corrie.

Leanne tells Nick it’s time to admit to Debbie that they can’t afford to buy the bistro. Nick and Leanne accompany Sam to the prison.  Harvey gives Nick a piece of paper and tells him he’s got some cash and it’s his to spend on buying the bistro.

Later, Debbie approaches Nick and Leanne and tells them that she’s decided to accept their original offer for the bistro. As Nick and Leanne celebrate the deal, Lynne’s builder reveals that the reason she pulled out is because the place is riddled with dry rot.

Leanne confronts Debbie in the Rovers and makes a lunge for her. Harvey calls Nick from prison and tells him the offer still stands, will Nick make a deal with the devil?

Ken tells Wendy how he once had an affair with Martha and now he needs to build bridges for the sake of the theatre company. Ken realises that he’s torn between the two women.

Summer calls at the flat on her lunch break to find Aaron there with his Dad.  Eric admits he’s an alcoholic but determined to stay off the booze.

When Eric questions how they raised the money to pay for his rehab, Aaron and Summer make out they borrowed it from Billy.

Summer tells Aaron that Billy mustn’t find out about the baby and the only solution is to move away until after she’s given birth.

When Michael shows Sarah his designs for a loungewear range, Sarah suggests to Michael they go into business together using his designs and her marketing experience.

Ed quotes £20k to fix the dry rot and Nick tells Leanne that they need to see if Sam will let them use the money he inherited from Natasha. Sam asserts that he’s going to use the money his Mum left him to pay his university fees.

Nick lies to Leanne that he spoke to Natasha’s sister, Melissa, and she’s happy for them to use his inheritance, that she has signed the paperwork and the money should be in their account within hours, but is everything as it seems?

To view this video please enable JavaScript, and consider upgrading to a web browser that supports HTML5 video Kelly Rowland came to Chris Brown’s defence after he was booed at the American Music Awards.  Loyal singer Chris won favourite male R&B artist at the awards ceremony on Sunday, but was not in attendance to accept […]

Jordan McSweeney admitted the murder and sexual assault of Zara Aleena at the Old Bailey A sexual predator has admitted murdering law graduate Zara Aleena, who was brutally kicked and stamped on, then left for dead. Jordan McSweeney had only recently been released from prison and had targeted more than one woman before he preyed […]

The small team of volunteers were called to a park in east London (Picture: Getty) Two dozen dead swans had to be scooped out by wildlife rescue workers as a wave of bird flu circles east London. Volunteers from the waterfowl rescue charity the Swan Sancurtary had to kayak into Eagle Pond in Wanstead Park […]