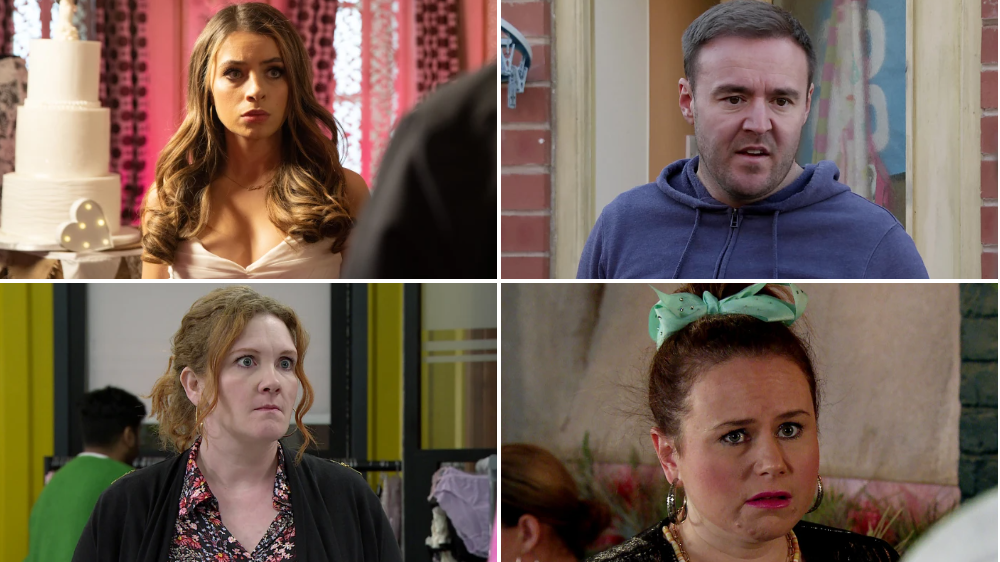 Next week’s Coronation Street sees fear in abundance, as Daisy Midgeley’s (Charlotte Jordan) trauma at the hands of stalker Justin escalates, leading her to call the police.

And when she gets a wreath of funeral flowers, she fears the worst. As Daniel Osbourne (Rob Mallard) comes face to face with Justin, how will he intervene?

Meanwhile, the sinister behaviour of Hope Stape (Isabella Flanagan) is cause for concern for Fiz and Tyrone (Jennie McAlpine and Alan Halsall).

When she takes vengeful action over Cilla’s death, it’s time to work out what to do about the demon child.

And David Platt (Jack P Shepherd) has serious parenting issues of his own to deal with, as the charges against Max Turner (Paddy Bever) are upped to Encouragement of Terrorism.

Can they get through this?

Having received an email from Max’s solicitor, a worried David tells Gail and Stephen that they’re escalating Max’s charge to Encouragement of Terrorism. Max’s solicitor, Harriet, calls at No.8 and tells David that in her view, Max was groomed by Griff and was very much a victim.

David’s pleased to have her on board and assures her that he’ll find the money for her fees as he wants the best possible defence for Max. But can they raise the funds?

To view this video please enable JavaScript, and consider upgrading to a web browser that supports HTML5 video Noah Dingle (Jack Downham) is a sweaty mess in an upcoming episode of Emmerdale as he awaits the arrival of Amelia Spencer (Daisy Campbell) for their first ever date. Despite the fact the couple have been together […]

First Dates star Merlin Griffiths shares update ahead of final phase of cancer treatment: ‘Checked in and ready to go’

Djed Spence is yet to start a game for Tottenham (Photo: Getty) Djed Spence is set to move to Rennes on loan from Tottenham having been previously linked with several Premier League clubs. It was no secret that Spence would leave Spurs in January having played just 41 minutes of football since moving to north […]