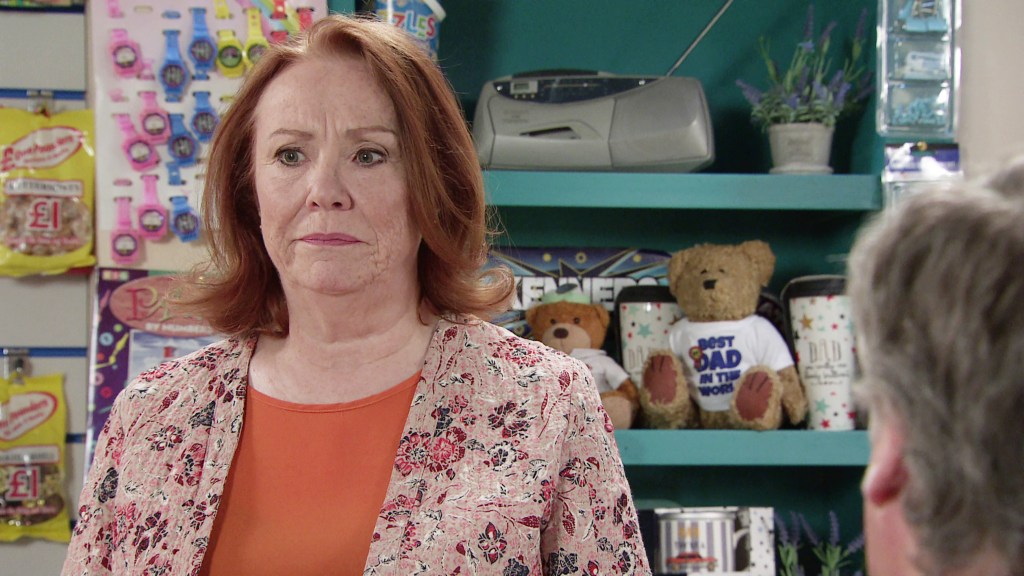 This week, reality started to hit Cathy that her relationship with Brian (Peter Gunn) has changed a great deal.

Brian really tried to put more effort into the relationship but for Cathy, her heart sadly wasn’t in it anymore, which meant she had to bravely tell Brian she doesn’t want to move to Cornwall with him.

Eventually, Brian accepted that their relationship had reached the end of the road, leaving Cathy to pack up her things.

Outside, Cathy said a fond farewell to a tearful Alex (Liam Bairstow), who was comforted by Yasmeen (Shelley King) as they watched Cathy hop into Roy’s (David Neilson) car.

After a final goodbye from Brian, Cathy’s time in Weatherfield drew to a close.

Cathy’s exit coincided with Melanie’s decision to take time away from the soap to focus on her family.

Melanie admitted: ‘It’s not been an easy thing to decide.

‘My family has been important but the pandemic has made a lot of people think about the future.’

She added to The Mirror: ‘It has changed a lot of things in my head. You’ve just got to see what’s important to you.’

Melanie confessed she ‘absolutely’ loves her Corrie co-stars but the pandemic has made her think about her family ‘a lot’ and re-evaluate her ‘priorities’.

Binky Felstead reveals beloved dog was hit by a van and ‘left for dead’: ‘We were in pieces’

She called the van driver ‘vile’ and ‘immoral’ (Picture: Binky Felstead/Instagram) Made in Chelsea star Binky Felstead has had a ‘pretty terrifying few hours’ after her beloved dog was almost killed by a van. The former TV star, 32, is best known for her stint on the reality show, which she left in 2017 to […]

UK monkeypox outbreak is biggest outside Africa and still growing

Hundreds of cases have been confirmed across the UK in less than two months (Picture: AP/Reuters/Getty) Britain’s monkeypox outbreak is continuing to grow and is still not under control, experts have warned. Health officials confirmed last week the number of cases has risen to 574 since the first was identified on May 7. The UK […]