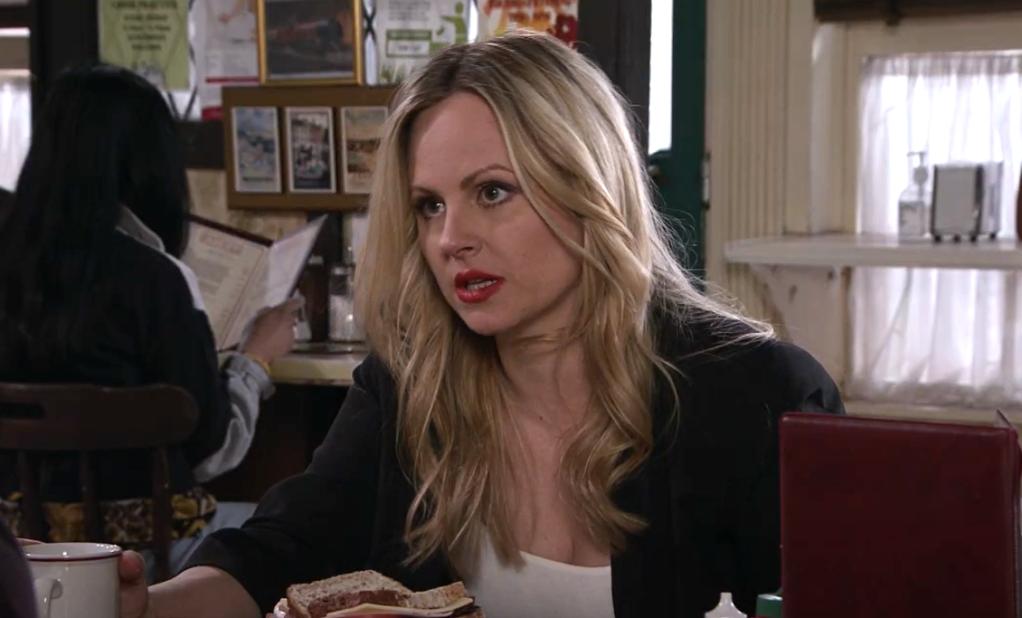 Sarah is staying around for a while longer (Picture: ITV)

It has been revealed that Coronation Street icon Tina O’Brien will be staying on the Cobbles for another year, after the Sarah Platt star renewed her contract with the show.

The actress first appeared on our screens as Sarah in 1999, and has been involved in countless high profile storylines during the last 24 years, including teenage pregnancy and grooming.

Last year, her relationship with Adam (Sam Robertson) was put under immense pressure when the arrival of his ex, Lydia (Rebecca Ryan) threatened to destroy their relationship.

Speaking to The Sun, a source said: ‘Tina signed on for another year’s contract and couldn’t be happier.

‘She sees Coronation Street as her home and loves playing Sarah. Everyone’s really pleased and fans will be too.’

In recent months, Sarah has teamed up with Michael Bailey (Ryan Russell) to start their own business venture, leaning on murderous uncle Stephen Reid (Todd Boyce) for financial support.

Of course, Sarah is completely unaware of the killer’s financial woes, and of the fact that he has now killed two people.

Stephen’s latest murder, that of Teddy Thompkins (Grant Burgin) was almost disturbed by Sarah’s business partner, Michael, when he walked into the factory looking for stationery.

Alya dies in Coronation Street as she is stabbed in horror attack tonight?

However, the murders remain under wraps, with the whole street oblivious to Stephen’s crimes.

Viewers have been left questioning who may be next, but at least we know that Sarah is safe.

EastEnders spoilers: Jay Brown and Billy Mitchell stunned as they discover what Lola Pearce is hiding on her phone