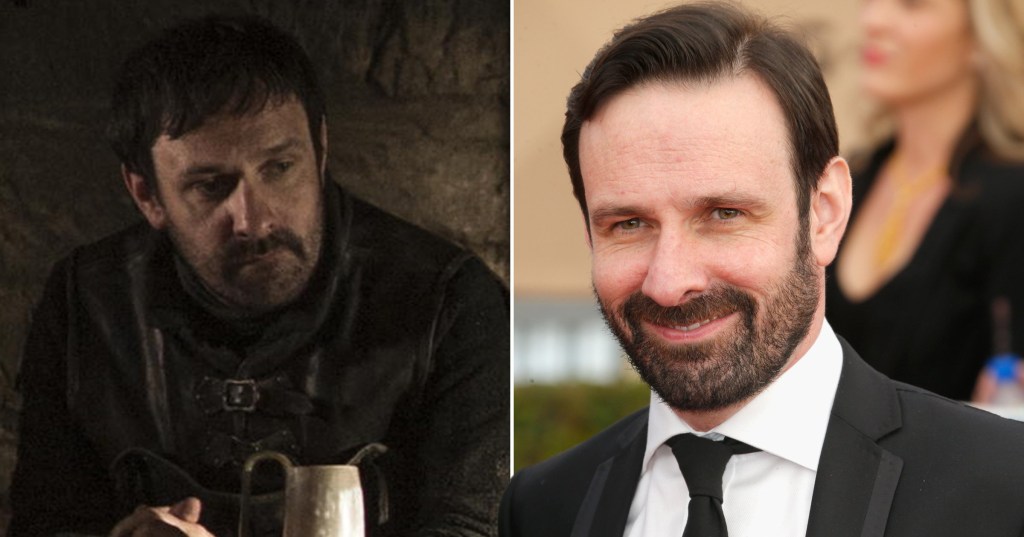 Game Of Thrones star Michael Condron has been confirmed to join the cast of Coronation Street as part of a storyline about Spider’s return.

Michael, 36, who is best known for playing Bowen Marsh in HBO’s hit series Game Of Thrones, will play an activist in the ITV soap.

An insider told The Sun: ‘He’s joining as a new regular and will play Griff, an activist. He’s linked to the storyline that sees show legend Spider return to the soap – and fans will first see him onscreen in September.’

Eco-activist Spider Nugent, played by Martin Hancock, is set to return to the cobbles next month after 19 years away.

Martin revealed his excitement at returning to Coronation Street, explaining: ‘Having the opportunity to walk back onto the cobbles is fabulous.

‘I’m so excited to be seeing a lot of old friends and picking up what Spider has been up to.

‘I’ve always wanted to come back at some point and it just felt like this is the right time. I’m eternally grateful to Iain [Macleod] for the opportunity.’

Iain Macleod, Coronation Street producer, is just as excited to see Spider back on the screen, adding: ‘Martin is a fabulous actor and Spider is a character with real heritage, and affection from fans.

‘His return heralds an enthralling new story for Toyah, who will be embroiled in a mess of guilt and secrecy when Spider arrives. Will he be her saviour or the thing that ruins her life forever?’

Fans will no doubt be excited to see the Corrie and GOT crossover when Michael makes his debut, having got to know the actor on seasons five and six of the show

Could Daenerys actually return for the Jon Snow sequel? Fans seem to think so…

He played a member of the Night’s Watch and famously clashed with Jon Snow, played by Kit Harrington, after opposing his election to the role of Lord Commander.

Bowen Marsh was later hanged after stabbing Jon in the back and leaving him for dead following an unsuccessful mutiny at Castle Black.

Why is there a chlorine shortage forcing UK swimming pools to close?

The UK is facing a chlorine shortage which is causing swimming pools to close (Picture: Getty) Swimming pools, lidos, and spas across the UK are being forced to temporarily shut as the country faces a shortage of chlorine. As if the upcoming train strikes and a shortage of 99 ice cream flakes weren’t enough to […]

Kate Beckinsale rocked Dot Cotton’s face on her skirt (Pictures: Instagram / Kate Beckinsdale / PA) Kate Beckinsale has pair a rather… unique… tribute to the late June Brown, by wearing her EastEnders character Dot Cotton on a miniskirt.  The actress, 48, took to Instagram to share photos of herself reclining seductively in a black […]

Romelu Lukaku is re-joining Inter from Chelsea on loan (Getty) Inter ultras have warned Romelu Lukaku that they have not forgotten his ‘betrayal’ ahead of his move from Chelsea. The Belgium international is on the brink of moving back to San Siro after Inter and Chelsea agreed a €8 million (£6.8m) loan deal. Lukaku angered […]