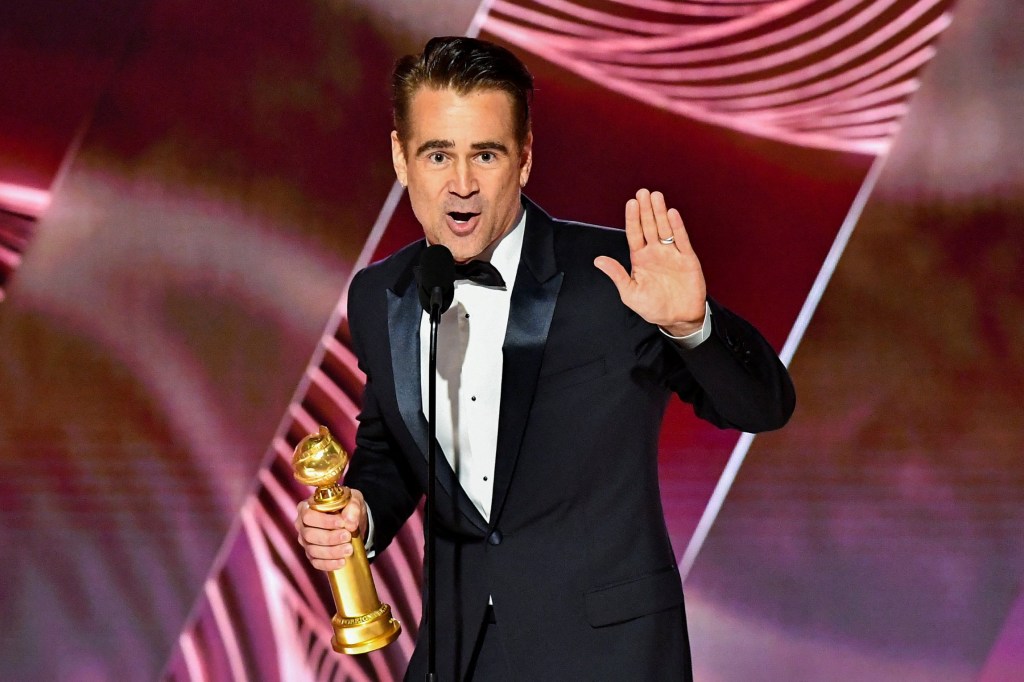 Colin Farrell is celebrating his first ever Oscar nomination for the Banshees of Inisherin (Picture: Reuters)

Colin Farrell is ‘beyond honored’ after landing his first ever Oscar nomination, thanks to his incredible stint in Banshees of Inisherin.

The 46-year-old stars as Pádraic Súilleabháin in the critically acclaimed flick, beside Brendan Gleeson, Barry Keoghan and Kerry Condon – who have also earned nods for their roles.

Celebrating his nomination, he told PA in a statement: ‘[I’m] just so grateful to the Academy for all the love it’s shared with the Banshees’ cast and crew.

‘Also, beyond honored to be lumped together with my fellow nominees. A heartfelt congratulations to all the lads.’

‘What an amazing wake-up call,’ Brendan, his close friend and co-star, agreed.

‘I’m so proud and grateful to be part of The Banshees Of Inisherin on a personal and professional level. I’m absolutely thrilled for the whole brilliant cast and everyone at home.

‘What a day for the Irish film industry on a world stage. Feels like a huge family outing on the cards.

The Banshees of Inisherin is helmed by Martin McDonagh and follows the story of Pádraic Súilleabháin (Colin), who struggles to come to terms with the fact his best friend Colm Doherty (Brendan) no longer wants to be associated with him.

Three Italian cities made the top ten (Picture: Getty Images) Planning your next trip? If you want to follow your stomach to greener pastures, then TripAdvisor’s Traveller’s Choice list of Best Food Destinations in the world might be worth a look in. By ranking locations based on the quantity and quality of traveller reviews submitted […]

Ferguson was left in agony after the challenge in the 86th minute (Picture: Getty) Brighton face a nervous wait to learn the extent of Evan Ferguson’s injury after the horror challenge from Liverpool midfielder Fabinho that saw him leave the stadium on crutches. The Seagulls booked their place in the fifth round of the FA […]