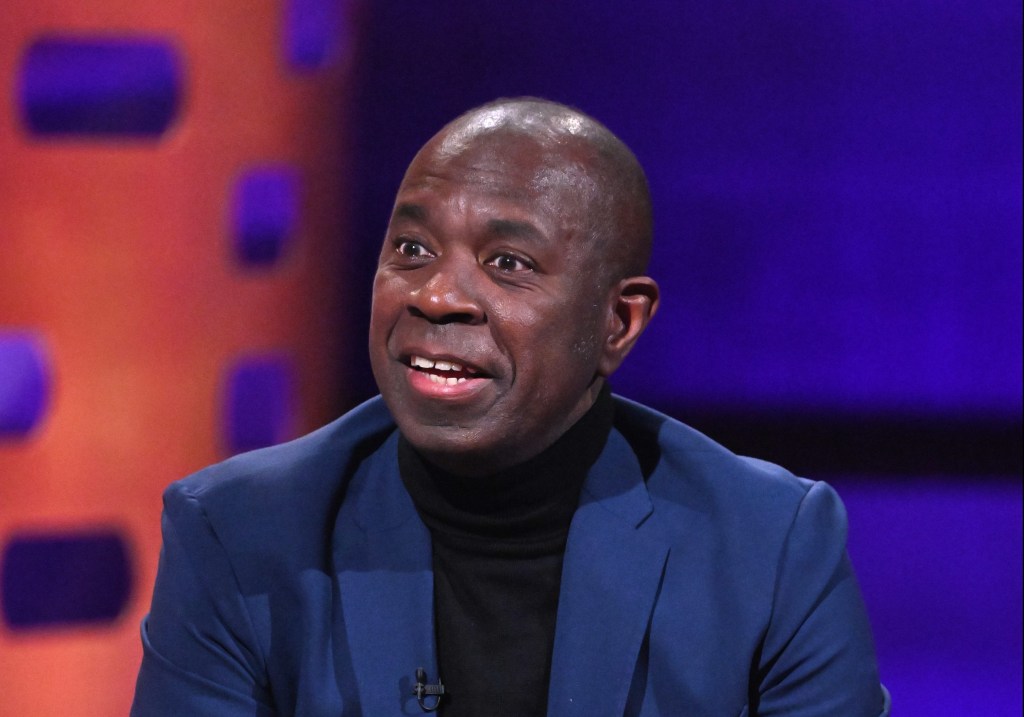 Clive didn’t predict there would be a war (Picture: PA)

Clive Myrie has said he didn’t believe Putin would start a war in Ukraine when he signed up to report from the country.

The Russian president invaded the Eastern European country in February, with the conflict, which is still ongoing, having claimed many lives.

Earlier this week, a newborn baby was killed in a strike on a maternity ward in an attack described as ‘evil’ by Ukraine’s leader Volodymyr Zelenskyy.

BBC newsreader Clive, 58, was among the reporters who flew out to the region to report the growing tensions but said he never thought it would erupt into war.

The veteran journalist, who has covered major stories including the impeachment of US president Bill Clinton and the war in Afghanistan, speaks about his career on Friday’s The Graham Norton Show.

Discussing his coverage of the invasion in Ukraine, he says: ‘I was asked to go and I thought to myself, “I’ve never been and he’s not going to invade so why not?”

Clive has reported from Ukraine on multiple occasions (Picture: PA)

‘We landed and had a lovely lunch, it was sunny and people were about and then between the 6pm and 10pm news bulletins the atmosphere changed entirely and at 2.30am he invaded. It was extraordinary.’

The anchor, who has flown out to Ukraine multiple times for the broadcaster, previously said he had only expected to be in Kyiv for a ‘few days.’

Clive was in good company on The Graham Norton Show (Picture: PA)

Radio 2 host Nicki Chapman asked him in May: ‘When you first went out there this year, did you know how long you were going to be out there for?

‘Or was it a case of, we’re going to go out there for three or four days and then monitor the situation?

Clive was in Kyiv on the day of the first invasion (Picture: BBC PICTURE ARCHIVES)

‘Yeah, absolutely,’ Clive responded. ‘That’s what we thought it was going to be.’

On The Graham Norton Show, Clive also opened up about being announced as the new host of Mastermind last year, after John Humphrys called time on his 18-year run on the BBC quiz show.

Asked if he was worried about his reputation in stepping away from serious journalism, he says: ‘That’s not what I worried about because it’s always good to show people that you are not a robotic news reader.

‘I was worried about was following in the footsteps of John Humphrys and Magnus Magnusson, talents of broadcasting – that was the concern.’

To view this video please enable JavaScript, and consider upgrading to a web browser that supports HTML5 video Mike Tindall might have found himself in hot water with his wife after he declared that ‘politicians are f***ers’ on I’m A Celebrity…Get Me Out of Here!. While the former England rugby player isn’t a working member […]

Monkeypox given new name after people called it ‘racist’

‘Monkeypox’ will continue to be used whilst it is phased out (Picture: Getty) Monkeypox has been rebranded after concerns were raised the original name was ‘racist’. The World Health Organisation (WHO) confirmed that the disease will now be known as ‘mpox’. However both terms will still be used whilst ‘monkeypox’ is phased out. They said: […]

Stay calm – Gwen Stefani is sharing the stage with Pink at next year’s BST Hyde Park (Picture: GC Images) Gwen Stefani has been announced as Pink’s support act at American Express presents BST Hyde Park 2023. The Hollaback Girl hitmaker is set to give audiences a warm-up like no other as she takes to […]