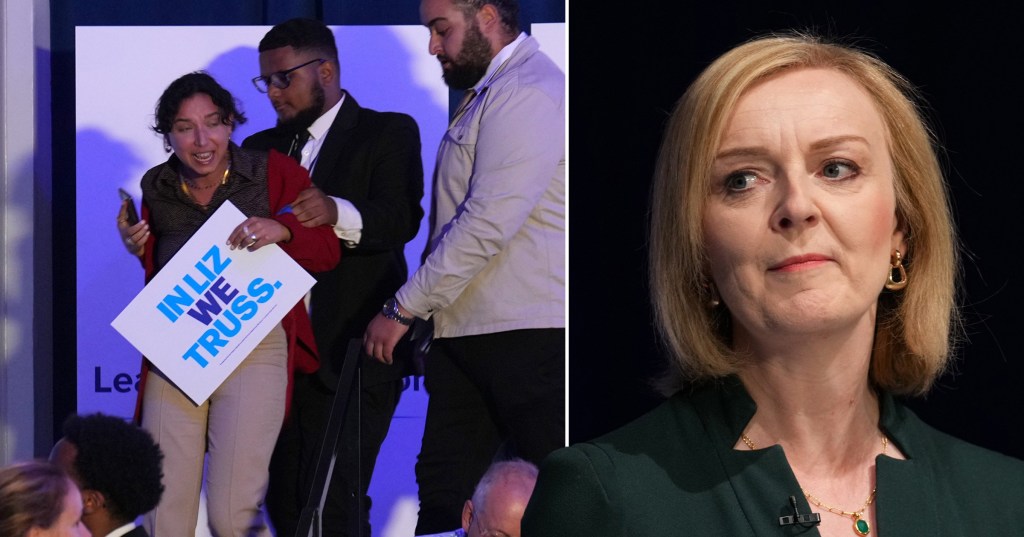 Liz Truss has vowed to clamp down on ‘unfair protests’ after a small group of climate activists disrupted her speech at a Tory leadership hustings.

The five protesters in Eastbourne, East Sussex, were believed to be from the Green New Deal Rising group.

They heckled Ms Truss over climate change and energy bills and could be heard shouting ‘shame on you’ and calling for a Green New Deal.

The Foreign Secretary described them as ‘infiltrators’, before vowing to clamp down on ‘militant trade unions’ and ‘unfair protests’.

This is a breaking news story – more to follow.

Jerry Sadowitz’s show at Edinburgh Fringe has been scrapped (Picture: Denis Jones/REX/Shutterstock) Comedian Jerry Sadowitz was banned from performing his second show at the Edinburgh Fringe festival this weekend following a spate of complaints about his jokes. The Scottish comic performed the first night of his show, Not For Anyone, at The Pleasance on Friday […]

EastEnders spoilers: Stuart Highway plans his own funeral as he receives news about his cancer

Stuart is planning his own funeral, to his loved ones’ shock (Picture: BBC) Stuart Highway (Ricky Champ) started to plan his own funeral in EastEnders, ahead of his appointment at the hospital to receive an update about his cancer. The popular character lost his job earlier this week, when he turned up late to Avery […]