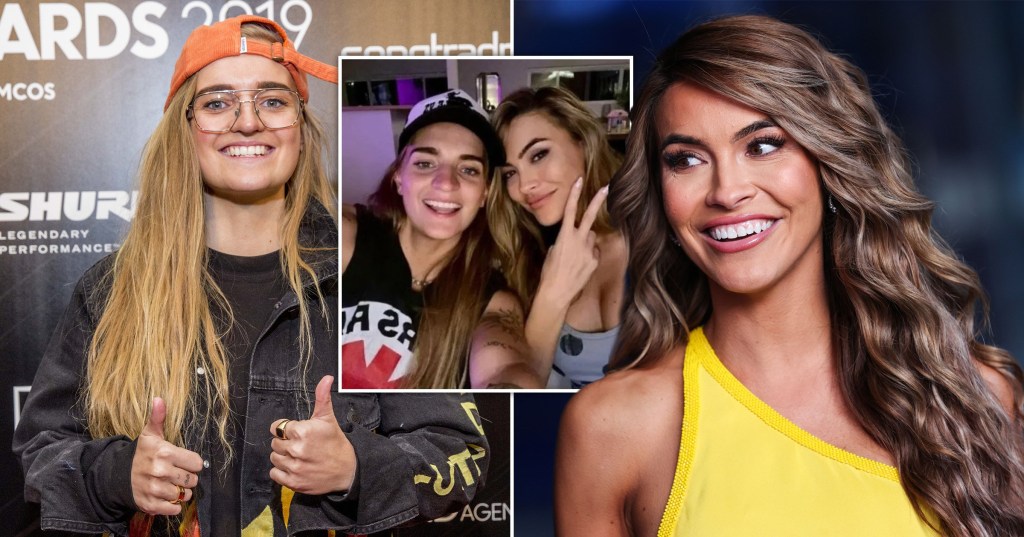 G Flip said they and Chrishell are ‘very transparent’ in their relationship (Picture: Getty/Rex/Instagram)

Chrishell Stause’s partner G Flip has opened up about the prospect of them having children in future, saying it’s ‘definitely’ something they want at some point.

During season 5 of Selling Sunset, one of the biggest plot points of the show was Chrishell’s new relationship with boss Jason Oppenheim.

While the couple seemed madly in love, they eventually broke up when Chrishell, 40, told Jason, 45, that if he didn’t want to have children, then they couldn’t be together.

The reality star recently opened up about the spark she’d forged with the Australian singer, saying that while they were at different stages in their lives, they had a ‘deep connection’.

In a new interview, G Flip addressed whether they also want to have children, regardless of their relationship with Chrishell.

Speaking to People, they said: ‘I definitely see children in my future.

‘Right now, me and Chrishell know where we are in the stages of our lives. And we’re very transparent about that.’

G Flip continued, saying that they ‘love children’ and recalling how they used to work with kids before embarking on their solo music career.

‘I love children. I was a music teacher for years before I became a session drummer and then a solo artist,’ they said.

‘So I was like, I’ve always loved kids and yeah, definitely one day that’ll be in the future.’

After sharing a tearful interaction during the reunion as they shed light on their break-up, Chrishell spoke about how she feels about Jason in a recently-shared Instagram video.

‘As much as I wish what I wanted in my last relationship aligned the same things, it didn’t, and that’s okay,’ she said.

‘And that doesn’t diminish how much love we have for each other, Jason and I. We want each other to genuinely be happy.’

She added: ‘I feel like Jason and I, we genuinely want the best for each other. I know he didn’t have someone to speak about that he’s dating, but that doesn’t mean his not living his best life.’

Selling Sunset is available to watch on Netflix.

MORE : Chrishell Stause gets hot and heavy with G Flip in new music video and we need to sit …read more

Landmark speeches by Margaret Thatcher took place as I shovelled in mashed potato (Picture: Getty Images/fStop) ‘Mu-um, why can’t I eat in front of the TV?’ My daughter had just returned from a playdate at a friend’s house and had sat down for dinner with their family in front of the box. She told me it was […]

A Lunar Eclipse means a tumultuous start to the week (Picture: Getty/Metro.co.uk) As we kick off another new week, it’s time to find out what the stars have in store. The Lunar Eclipse is encouraging the signs to take things slowly today. Try not to rush into any new romances, Taurus and Cancer, no matter […]

Natalie Ormond has re-imagined the weekly shop (Picture: Natalie Ormond / Getty Images / Metro.co.uk) I’ve recently noticed a significant increase in the cost of dairy products including butter, milk and cheese,’ says Natalie Ormond, from Leeds, who is trying to reduce food costs to £80 a week for her family of four. Natalie, who […]