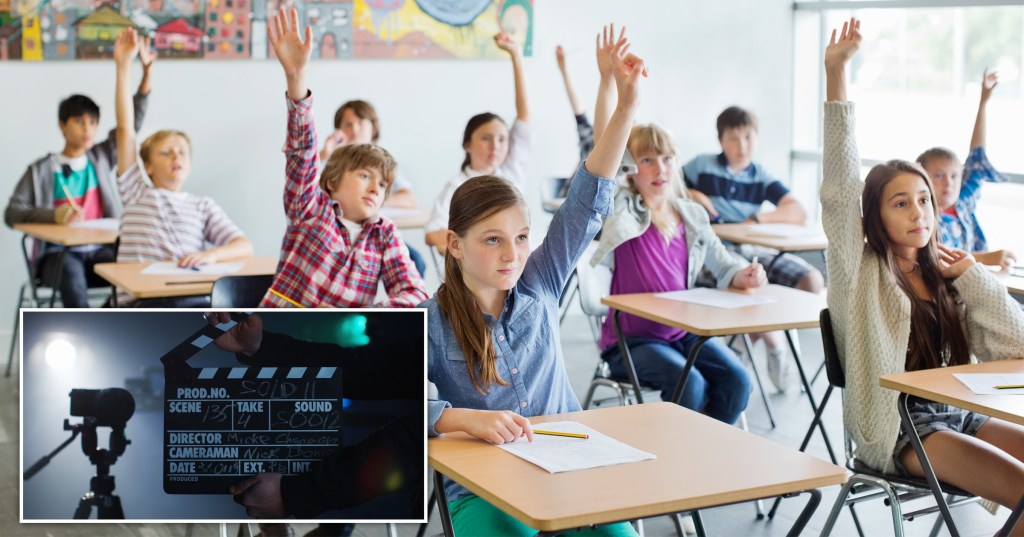 The organisation is developing a programme for teachers (Picture: Getty)

Screen Culture 2033, its 10-year strategy, was launched at a virtual event on Friday and aims to transform how people engage with the BFI and its programmes and ‘build a diverse and accessible screen culture that benefits all of society’.

The institute also outlined how it plans to invest the £136 million it receives from the national lottery over the next three years, starting from April 2023.

From these funds, £54 million has been allocated so filmmakers can create original screen work and to support talent development through the BFI Network.

Some £34.2 million will then be invested into education and skills, including a programme to educate teachers on how to use film and moving images in the classroom, as well as a careers and progression programme to help children and young people enter the industry.

A careers and progression programme, as well teaching users TV and film material in their lessons, is planned for (Picture: Getty Images/Westend61)

Among them is the BFI’s education outreach; it wants film and TV and their histories to be taught and used as a learning tool in classrooms.

‘We hope that by endorsing the positive effects of screen culture, then over time its cultural, educational and social value with the public and policymakers will increase,’ Mr Roberts said.

Another ambition is to promote a new narrative around video games amongst the public and within government.

He continued: ‘We’re hugely enthusiastic about the creative and cultural possibilities of video games, but we don’t currently have the necessary resources or in-house skills. So we’ll use the first few years of our strategy to work with [the] video games sector and build a clear case for support.’

Other main aims within the BFI’s strategy include transforming its relationship with audiences across the UK and establishing the BFI National Archive to make its collection accessible.

The institute also wants to be ‘digital-first’ in delivering cultural programmes through its BFI+ streaming service.

Reflecting on the strategy, Culture Secretary Michelle Donelan said: ‘As the BFI looks towards its centenary, I’m delighted to see its vision is to open up more of its collections, boost people’s skills and help generate growth in the UK’s cutting-edge and globally renowned screen industries.

‘For many people around the world, our TV and film is our calling card. At home, it creates jobs and helps us see and tell the stories of our lives.

Research by Which? reveals more bad cost of living news this autumn (Picture: SWNS) The cost of flying abroad during the upcoming October half-term break has soared. Analysis by consumer group Which? reveals it will be 42% more expensive to go on holiday than it was before the pandemic during next month’s busy period. The […]

Beatles legend Ringo Starr, 82, cancels gigs after mystery illness ‘affects his voice’: ‘Peace and love to all the fans’

Ringo Starr is resting his voice after suddenly falling ill (Picture: Getty Images for Global Citizen) Ringo Starr has been forced to cancel his performances this weekend after falling ill with a mystery illness. The Beatles legend, 82, was due to perform at the Four Winds Casino in New Buffalo, Michigan on Saturday night but […]

‘I felt constantly drained – physically and emotionally’: Woman with 44GG breasts undergoes surgery to get nearly 5kg removed from them

Christina says the surgery has changed her life (Picture: Jam Press) A woman with 44GG breasts has gone under the knife to get nearly 5kg (4.8kg) of fat removed from them. Christina Schembri, 25, from Melbourne, was living in pain and sadness every day, due to her large chest. She says the size of her […]