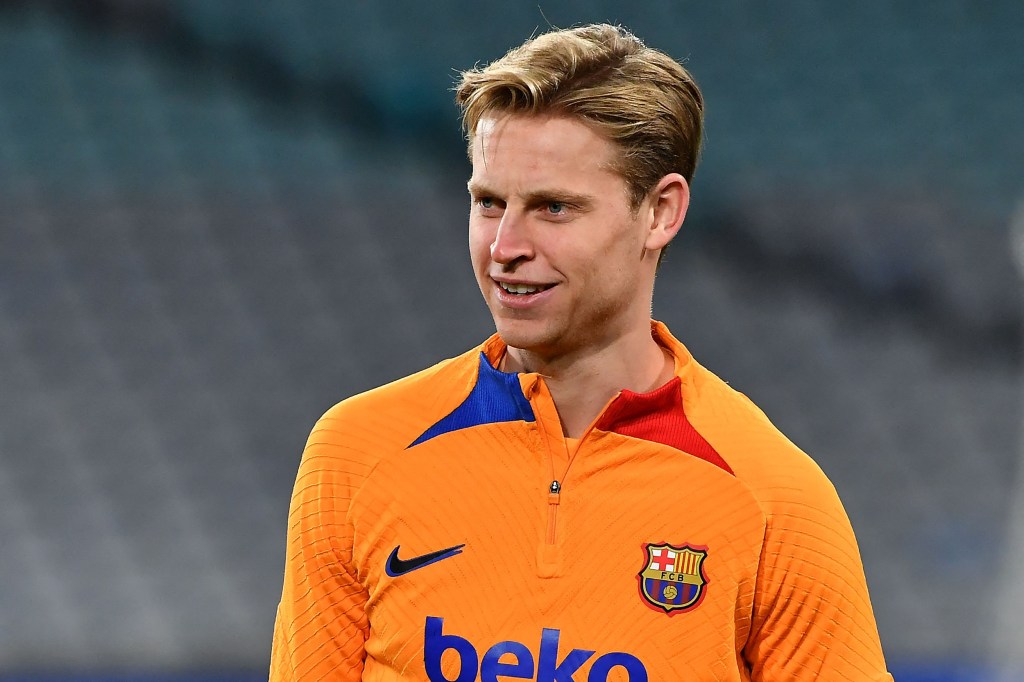 Chelsea have offered €70 million (£59m) plus Marcos Alonso for Barcelona midfielder Frenkie de Jong, according to reports in Spain.

Barcelona remain keen on offloading De Jong before the summer transfer window closes in order to improve their finances.

The Spanish club desperately need to trim their wage bill after being told by La Liga that they are currently unable to register their new summer signings, including Robert Lewandowski, Raphinha, Andreas Christensen and Franck Kessie.

De Jong, meanwhile, has stood firm and has made it clear that he wants to remain at Barcelona for another season.

Manchester United have been pushing to sign De Jong all summer but despite agreeing an €85 million (£71.7m) deal with Barcelona, the Netherlands international does not appear keen on a switch to Old Trafford.

It’s understood that De Jong would prefer a move to Chelsea as they are able to offer Champions League football and according to Sport, Thomas Tuchel’s side have now submitted a bid of €70m (£59m) plus Alonso for the midfielder.

The report claims that Chelsea are ‘convinced’ that Barcelona will accept their proposal but they still need to reach an agreement with De Jong.

Should De Jong snub a switch to Stamford Bridge, Chelsea are said to be willing to sell Alonso in a separate deal worth under €10m (£8.4m).

Speaking last week, Barcelona president Joan Laporta made it clear that De Jong would need to accept a wage cut in order to stay at Camp Nou.

‘He wants to stay and we want him to stay. That is the most important,’ Laporta said.

‘What is clear is that we have a new salary scale and all the players have to fit into it. We are trying to make these players understand the reality of the club.

‘We find ourselves with a salary mass triggered by more than 40 per cent. We all have to make an effort.

Oh yes (Picture: Getty) The only thing better than one orgasm is three orgasms – and, while many of us might not experience all of them, a new study has reported that there are three ways women can climax. Researchers from Charles University in Prague studied a group of women to classify the different types […]

Mrs Wolowitz has died at Edinburgh Zoo after being killed by a fox (Picture: Getty Images/PA) A penguin which reached the grand old age of 35 has died after a fox snuck into her enclosure and killed her. Mrs Wolowitz had been a firm favourite among visitors to Edinburgh Zoo over her many years, but […]