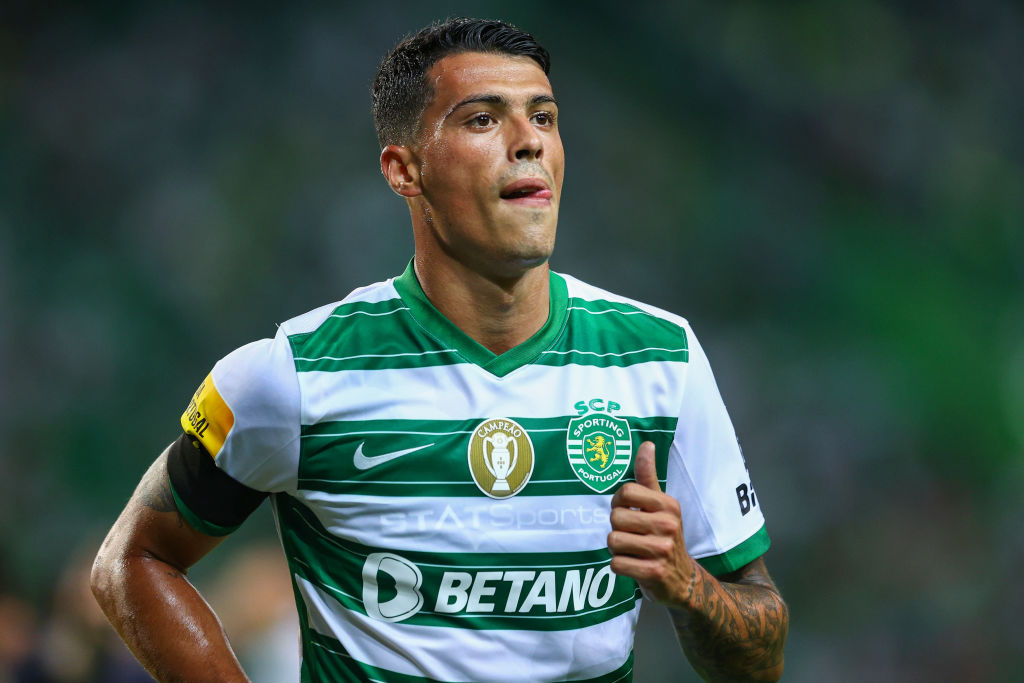 Chelsea could hijack a second January deal by a north London club, with the Blues ‘lurking’ as Tottenham try to wrap up a deal for Pedro Porro.

Spurs have been in talks with Sporting Lisbon for weeks trying to prise the right wing-back away from the Portuguese club, though they initially insisted he would only leave if his release clause was paid in full.

Two constructive meetings on Wednesday have brought Tottenham closer to a breakthrough and they are now finally nearing an agreement.

Spurs are set to pay a figure close to Porro’s £39m release clause, though rather than pay it in one lump sump – as Sporting had originally insisted – they will be allowed to pay in instalments in exchange for writing off some of the 50% sell-on clause they are owed should Marcus Edwards be sold.

According to the Daily Mail, Tottenham are now racing to wrap up the deal amid fears Chelsea could swoop in at the last minute – just as they did to Arsenal with Mykhailo Mudryk.

Graham Potter is keen to bring in a new right wing-back this month to provide cover and competition for Reece James, having been less than impressed with the options available to him while the England international has been sidelined.

Chelsea are also in negotiations with Lyon over 19-year-old right-back Malo Gusto, though if the French side continue to play hardball they may switch focus to Porro.

The Spaniard is a player that interests Chelsea but they cannot sweeten the deal in the same way Spurs can – by altering Edwards’ sell-on clause – and they would therefore need to stump up the £39m release clause in full.

For now, Porro and his agent are only focused on securing a move to Tottenham while Chelsea’s right-back hunt is predominantly centred on Gusto.

Talks between Sporting and Spurs have advanced enough that the Portuguese club are already looking for a replacement and they have their eye on someone very familiar to Chelsea.

According to The Athletic, the Portuguese club have made an enquiry to Brighton about the possibility of taking Tariq Lamptey on loan – who, of course, came through the academy at Chelsea.

Porro, meanwhile, is thought to be Antonio Conte’s number one target this month, with the 23-year-old an ideal fit for the Italian’s system as well as bringing more attacking pedigree to the role having scored or assisted eight times in 14 league appearances this season.

MORE : ‘He’s not thinking about anything else’ – Benfica confident Enzo Fernandez will stay despite new Chelsea bid

The researchers grew human brain organoids in a dish until they were about 1.5mm in diameter (Picture: Unsplash) Human brain tissue has been transplanted into the brain of rats to pave the way to treat major brain injuries. A groundbreaking study by neurosurgeons showed that ‘human brain organoids’ or sesame seed-sized balls of neurons were […]

A dedicated Metropolitan Police command is tasked with protecting royals and other famous people from threats (Picture: File images) A growing number of potentially dangerous individuals have come to the attention of a police team dealing with threats to royals and other high-profile figures.   Stalkers and people who believe they have a claim to the throne […]