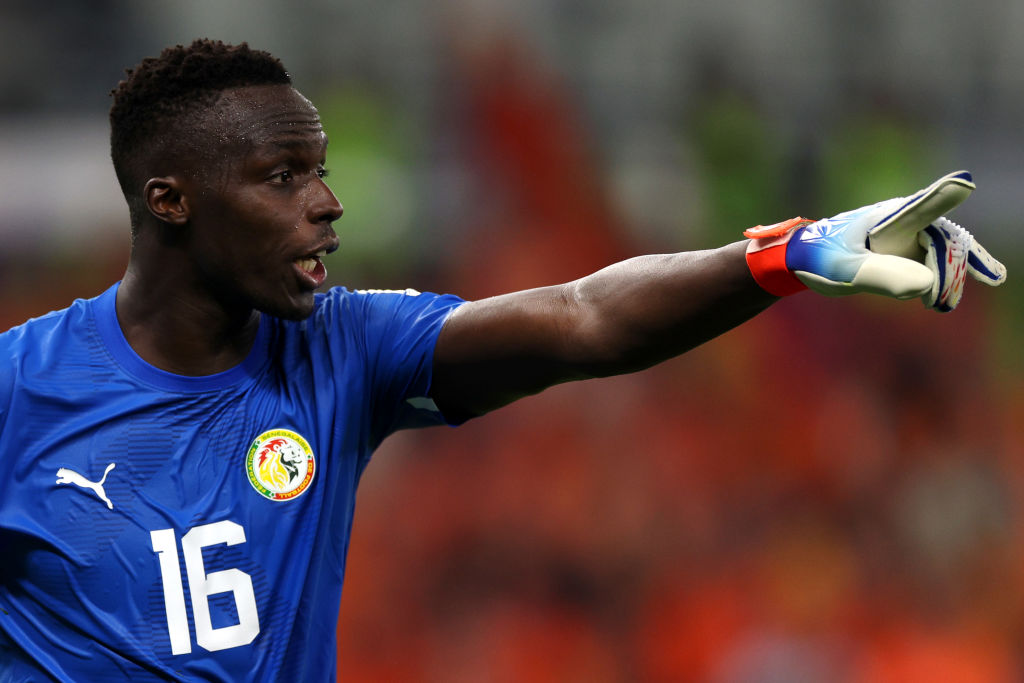 Chelsea goalkeeper Edouard Mendy has the ‘blind trust’ of Senegal manager Aliou Cisse and will be in goal against Qatar on Friday.

Mendy was at fault as his side lost their World Cup opener against Netherlands on Monday.

The former Rennes star was beaten to the ball by Cody Gakpo who powered in Frenkie de Jong’s cross for the opener, before parrying Memphis Depay’s effort straight into the path of Davy Klaassen who tapped home to seal the win.

Reports have suggested Mendy’s place in the starting XI could be in jeopardy ahead of the must-win game against the hosts but the Senegal boss insists he will stand by his no1.

‘Edouard doing very well, he has a steel resolve,’ said Cisse. ‘We chatted about the game. Edouard’s qualities speak for himself.

‘He has had highs and lows but he has my blind trust. He will be on the pitch.’

Mendy’s Chelsea teammate Kalidou Koulibaly also leapt to the defence of the goalkeeper, insisting critics have made a ‘mountain out of a molehill’ following his performance against the Dutch.

Gakpo got ahead of Mendy to score the opener on Monday night (Picture: Getty)

‘We play at the same club, we are brothers in arms for Senegal and we speak a lot together,’ said Koulibaly.

‘He’s a very important player for us and it’s totally normal to go through difficult phases.

‘I think we are making a mountain out of a molehill. When a team loses, it’s not down to one player, it’s all of us, so we shouldn’t be making such a big deal about it.

‘Edouard knows what he has to do and so do we – and we need everyone to get stuck in.

‘It won’t be easy. We started with a loss and we do have our backs against the wall but we are the lions and we will try for six points out of six.

Mendy lost his place in the Chelsea starting XI following Graham Potter’s arrival at Stamford Bridge but did play in their final four matches before the World Cup break with Kepa Arrizabalaga sidelined with an injury.

MORE : ‘He has that bit of arrogance’ – Chelsea star Thiago Silva backs Gabriel Martinelli to shine for Brazil at World Cup

Vincent Kompany is one of Man City’s greatest ever players and captains (Photo: BBC) Manchester City legend Vincent Kompany has jokingly mocked Cristiano Ronaldo following his departure from Manchester United. On Tuesday evening, United announced that they had terminated Ronaldo’s contract with immediate effect, following his explosive interview with Piers Morgan last week. In the interview […]