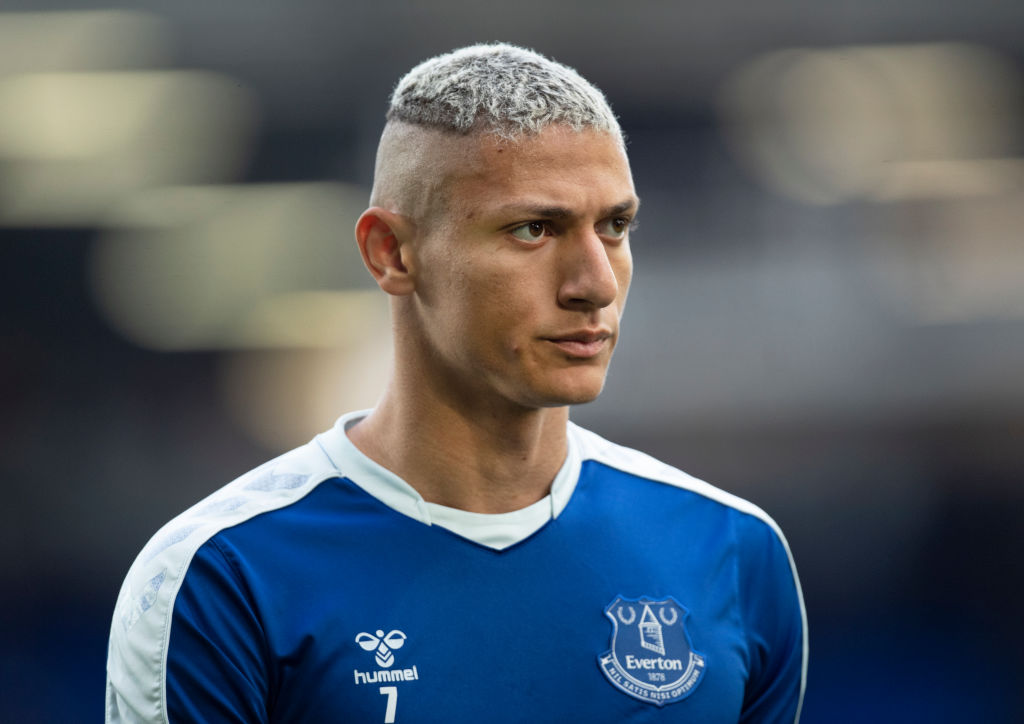 Chelsea have entered the race to sign Everton forward Richarlison ahead of Arsenal and Tottenham, according to reports.

Last week, reports claimed that Tottenham were closing in on a £51 million deal for the Brazil international, who scored 10 goals in the Premier League last season.

Arsenal have also included Richarlison on their shortlist with Mikel Arteta looking to improve his attacking options, but Manchester City’s Gabriel Jesus is the Gunners’ top priority.

According to MailOnline, Chelsea will now consider a move for Richarlison once Romelu Lukaku completes his loan back to Inter.

The report claims that Everton want in excess of £50m for Richarlison but they are willing to sell the 25-year-old this summer.

Everton spent an initial £35m to sign Richarlison from Watford in 2018 but the deal could rise to £50m after add-ons.

Everton want in excess of £50 million for Richarlison (Getty)

Speaking last month, Richarlison indicated that he is seeking to leave Goodison Park before the start of the new season.

‘I’ve already made it clear to the board. I’ve already talked to Lampard too, with my agents and they know what I want. Let’s wait for June,’ the Brazilian said.

Richarlison still has two years remaining on his current deal with Everton.

The rollout only fell short of WHO targets in terms of lifesaving by around 3%, the study suggests (Picture: Getty) Around 20 million deaths worldwide were prevented by the Covid vaccine in its first year alone, a study has found. The reduction amounts to nearly two-thirds the death toll scientists expected had the rollout not […]

Antonio Rudiger was unveiled as a Real Madrid player on Monday (Picture: Getty) Antonio Rudiger has confirmed he snubbed Barcelona in favour of a move to Real Madrid after deciding to leave Chelsea. The German defender spent five enjoyable and successful years at Stamford Bridge, making more than 200 appearances for the Blues and helping […]

Last picture of uncle, 26, before he ended his life that his family want you to see